Film-maker and screenwriter Paul Schrader in his remarkable introduction essay to the new edition of his seminal film theory text, ‘Trascendental Style in Film’, asserts that: “Roberto Rossellini deserves a special mention in any discussion about films that push non-narrative boundaries. He was a pioneer of neorealism (Rome, Open City [1945]), meditative realism (Voyage in Italy [1954]), and historical realism (The Rise of Louis XIV [1966]). Three groundbreaking trends. Rossellini led the way in each.” Of course, most of Rossellini’s ambitious ventures after getting recognized as the ‘father of Italian neo-realism’ were critically lambasted and commercially failed. Yet Rossellini would forever be valorized for his legendary cinematic achievement, created amidst the ruins of post-war Italy.

The story behind the making of Rossellini’s third directorial venture, Rome, Open City (‘Roma citta aperta’,1945) is widely familiar among cinephiles: that it was shot in the final months of World War II using film stock acquired through the black market; it led to the inception of Italian neorealism and subsequently the postwar renaissance of European cinema; acclaimed auteur Frederico Fellini worked on the script alongside Rossellini and Sergio Amidei; it was made on a shoestring budget with natural lighting, little music, non-professional actors; the narrative was based on actual events, especially the real-life execution of priest Don Giuseppe Morosini, and the shooting of a pregnant woman; and it was the most commercially successful among the neo-realist films, earning over 61 million lire in the first few months of screening. 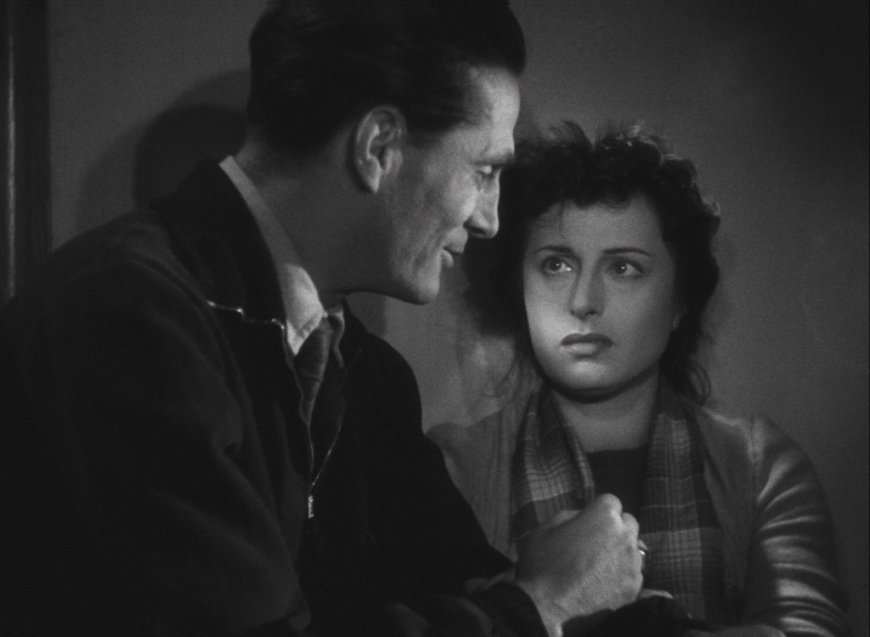 Rome, Open City was the first in a trilogy of films by Rossellini showcasing the impact of war on impoverished Italian populace (Paisan [1946] & Germany, Year Zero [1948] were the other two). However, each narrative is complete in itself, acutely depicting the nebulous struggles in a war-torn society. By today’s standards the dramatized conflict in Rome, Open City could be viewed as melodramatic and its political commentary seem a bit outdated. Yet Rossellini’s commitment to the realistic details of everyday life and his improvisation with the rough documentary aesthetic turns the film into an earnest chronicle of brutalities of war. Moreover, Rossellini attempted to express this vision by using the titular city as an integral part to narrative development. The first half of Rome, Open City provides different narrative entry points – atheistic head of Italian resistance, a traitorous showgirl, a genial priest aiding the members of resistance, preteen hooligans, and a pious, affectionate pregnant mother.

Related to Rome, Open City — Come and See [1985]: A Chilling and Indelible Reminder of Nazi Carnage

The narrative kick-starts with effeminate and head of the Gestapo in Rome, Major Bergmann’s (Harry Feist) efforts to huntdown the underground leader Giorgio Manfredi (Marcello Pagliero), a communist engineer who narrowly escapes from his home. Manfredi is betrayed his showgirl lover, Marina (Maria Michi). He finds sanctuary at newspaper man Francesco’s (Francesco Grandjacquet) house. Manfredi is welcomed by Francesco’s pregnant fiance, Pina (Anna Magnani). When we first see Pina she seems to have sucessfully organized a domestic revolt against a bakery that’s supposed to be hoarding food. She epitomizes the resistance of ordinary Italians. Magnani, known for playing strong, full-bodied characters, is the archetypal maternal figure here, who exudes warm optimism despite having lost her first husband to the fascists. Pina’s little son from first marriage, Piccolo (Vito Annichiarico) is involved in covert operations with a gang of boys, like blowing up German tankers.

Local priest Don Pietro (Aldo Fabrizi) revolts against the Nazis in his own way by aiding Manfredi. When the priest is later confronted by the Gestapo officer about Manfredi’s atheistic stance the priest calmly declares, “I am a Catholic priest. I believe that those who fight for justice and truth walk in the path of God and the paths of God are infinite.” The second-half of the narrative reveals the harsh realities of Nazi occupation with Manfredi and the priest getting caught before the planned rebel uprising. Manfredi and Don Pietro’s deeds come across as a resolute symbol of resistance, yet their form of heroism doesn’t involve gun and violence.  Rossellini acknowledges that good men can’t always taste victory, but their defiance and sacrifices will offset revolutionary fervor in the minds of younger generation (as seen in the movie’s iconic final shot of Roman children indefatigably walking back towards their city).

Director Rosellini derives emotional power through his poignant portrayal of Italian resistance and the way he humanizes his salt-of-the-earth characters like Pina, Piedro, and Francesco. Rome, Open City did employ close-ups and possessed a bleakly fatalistic narrative which do not fit within the precepts of neorealism. Nevertheless, its intimate study of working-class subjects, the use of certain distancing effects, and lack of rigorous moral judgment expanded the boundaries of the prevailing code of realism for the era, contrasting the strictly coded and artificially made-up studio world. The innovations utilized here have now become standard film-making practice.

Also Read — Cinema and the Art of Life

The film was largely commended for the transitional narrative, which intertwines moral, religious, social, and political themes in a smooth manner. The narrative’s ubiquitous religious imagery (the most famous being Don Piedro assuming ‘Pieta’ pose as he holds up Pina and the Christian iconography in the shots of tortured Manfredi) made few critics to read it strictly in Catholic terms; the writing also contains the very outdated perspective of equating homosexuality with fascism. But despite Rossellini’s overt religious concerns, the film is mostly about individuals retaining their humanity while living amidst a barbarous invading force.