Synchronic (2019) was one of the biggest surprises of 2019 for me. This film starts off slow and ordinary and then morphs into a bold and creative thriller, the details of which I’ll leave unspoiled here. I truly believe this film is best experienced going in blind. Don’t watch the trailer, or read any plot summaries.

The first half of Synchronic is a true slow burn. It emphasizes character over plot and holds its cards close to its chest. We learn new information alongside our characters. It’s almost too slow. There were points at which I wondered whether it’s all going somewhere. I even felt my attention waver occasionally. While the characters have a good dynamic, it’s not enough to stay fully invested in.

When the film finally gets going and reveals its hand, it soars. From here on, it transforms into a completely engrossing experience. I’ve rarely felt my interest in a narrative so drastically shift as the story progresses. Till the end, I was completely invested and engaged, to the point where it left me wanting more. The later and meaty portions of the film felt rushed towards the end.  While I wish some pacing and creative choices had been made differently to make it more impactful and consistent, the overall experience was still undeniably impressive and satisfying. 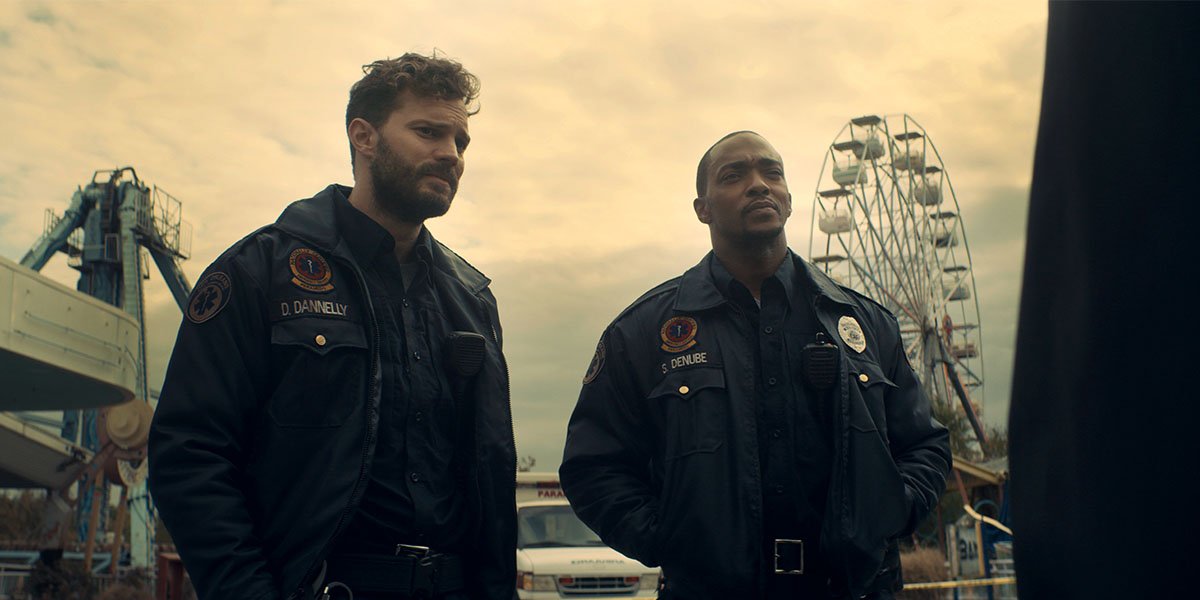 Anthony Mackie and Jamie Dornan are the leads and do well. They have good banter and chemistry when required. Their bond forms the emotional core of the film and it never feels forced or melodramatic. The emotions work well in service of the plot and the film made me feel for the characters. Ally Ioannaides makes her feature film debut in a small but significant role and impresses.

Synchronic has excellent sets and production design. It’s a script that requires mood and atmosphere to be established and used effectively, and the affiliated departments completely deliver. The music and visuals work well together to make the experience more immersive. I appreciated that even the films more outlandish elements are grounded in reality, and the stakes always feel very real. I would’ve preferred fewer lingering questions.

Synchronic was my first exposure to directors Justin Benson and Aaron Moorhead. I’ve since learned that they have a passionate following and am inclined to check out more of their work. It’s always a good thing to leave the cinema thinking “I want to see more films like that”. Synchronic (2019) rises above its flaws to leave a mark as bold and ambitious storytelling that I much enjoyed and highly recommend.