Errol Morris is one of the renowned documentarians credited for introducing certain groundbreaking stylistic innovations into the world of documentary film-making. Morris’ works are found to be more reflexive than the traditional documentaries’ fierce commitment to offer objective reproductions of reality. His first two documentaries – Gates of Heaven (1978) and Vernon, Florida (1981) – were a poignant and strangely funny character study of a community. While Gates of Heaven used the subject matter of a Californian pet cemetery’s relocation to interact with people trying to find a place to bury their deceased pets, ‘Vernon, Florida’ just interviews the residents of a tiny town in the corner of Northern Florida.

Morris’ subjects may not have brilliant stories to tell. But it doesn’t matter because his rich and heartfelt observation of these people is what makes these documentaries memorable. It may have featured oddballs and eccentrics though Morris’ approach to his subjects makes us laugh with them rather than laugh at them. By not taking up an issue and by providing the people enough freedom to talk, Morris seems to get at something deeper than what the formal practices of documentary film-making can offer. 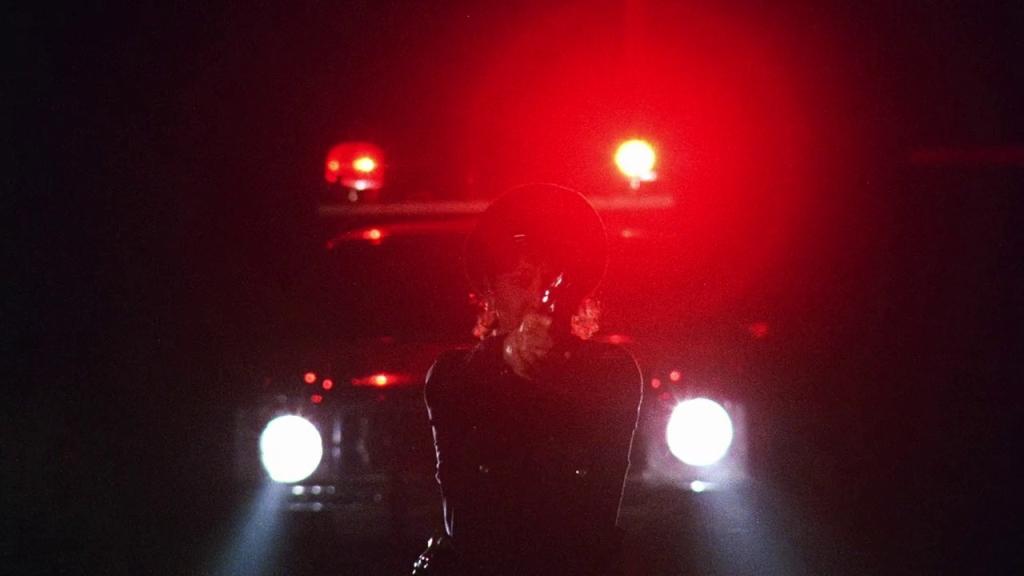 Both Gates of Heaven and Vernon, Florida became cult favorites in the later decades (it opened to mixed reviews), championed by film critic Roger Ebert (Mr. Ebert gave a 4-star review to ‘Gates of Heaven’ and added it to his list of great films). But after making the two documentaries, Morris took a break from film-making career and worked as a private investigator for three years. During this stint, Morris heard about a Texas psychiatrist named Dr. James Grigson (nicknamed ‘Dr. Death’), whose testimony in death penalty cases were controversial. Often employed by the Texas District Attorney, Grigson made sure that the convicted murderers’ get capital punishment. He also strangely claimed that he could predict future criminal behavior in an individual. Morris arrived in Dallas, Texas to make a documentary on the psychiatrist.

Related to The Thin Blue Line : The Emperor’s Naked Army Marches On [1987] Review – An Uncannily Brilliant Documentary on War-Inflicted Trauma

Once in Dallas, Morris heard about the case of Randall Dale Adams who is condemned to take the electric chair, fastened by Dr. Grigson’s testimony. After talking to Adams and analyzing the circumstantial evidence and cognitive biases that doomed the man, Morris came to the conclusion that Adams might truly to be an innocent man. It took Morris more than two years to track and convince all the key players involved in Adams case – the alleged accomplice, police investigators, witnesses, judge, defense attorney – to talk before camera.

On the night of November 28, 1976, Dallas police officer Robert Wood was shot and killed during a routine traffic check. The investigation pointed to the sixteen-year-old David Ray Harris, who accused the twenty-seven-year old long-haired drifter, Randall Adams of the policeman’s murder. Other witnesses corroborated Harris’ testimony, and Mr. Adams was sentenced to death in 1977. Adams first met Harris on November 27, 1976 when his car had run out of gas. David Harris came by in his stolen ride and offered a ride. The two spent the day smoking marijuana and going to a drive-in theatre.

Mr. Adams has not only maintained his innocence, but also stated that he was never at the scene of the crime. Yet the wheels of justice were set in motion on flimsy evidence and witness accounts. Morris’ investigation did more than unearthing the truth behind prosecution’s faulty perception and the botched trial. It also presented strong, indisputable evidence which proved Adams’ innocence. Adams was released in 1989 after spending 12 years in prison (he died on Oct. 2010 of a brain tumor).

The Thin Blue Line was much stylistically evolved compared to Morris’ first two documentaries. It was one of the widely seen documentaries and also a commercial success. It launched the sub-genre of true crime documentaries which is on the rise after the arrival of streaming platforms (Making a Murderer, Jinx, The Trials of Gabriel Fernandez etc). Apart from the first-rate editing, Philip Glass’ haunting, pulsing score bestows lot of suspense to the narrative. However, during its release, Morris’ employment of supremely stylized fictional-mode aesthetics was seen as convention-shattering by many, even though few others saw it as a greater sin in the documentary film-making practice. In fact, Academy of Motion Picture Arts and Sciences refused to perceive Thin Blue Line as a documentary (hence it was not nominated for an Oscar).

The heavily stylized Rashomon-style re-enactment of the murder (with artful lighting and appealing camerawork) is the primary example of Morris’ unconventional use of aesthetics within the documentary framework. The Thin Blue Line isn’t structured around a chronological account. Therefore, Morris keeps coming back to the re-enactment at different points in the narrative, cueing the audience on how the barrage of details offered each time by the prosecution side looks less reliable (and even implausible). Through each dramatized recreations, Morris reflects on how the machinery of justice system relies on indeterminable and problematic representations. Moreover, Morris’ use of these ever-changing stylized recreations, questions conventional documentary’s approach to crime-scene recreations as the perfect objective representation. In Thin Blue Line, Morris disputes the existence of a objective reality which only a documentary can supposedly access.

Errol Morris doesn’t care about being objective or ambiguous although he seldom enters the films as a commentator. He clearly believes in Adams’ innocence. Yet he gives ample space for the investigators and witnesses from the prosecution side to flaunt their ‘truths’. Some of these interviews are downright funny, especially Emily Miller’s, and the way Morris puts up flurry of images to accompany her casual statements. Although in the larger context, the personalities like the Millers and Dr. Grigson should induce fury in us, we can’t do nothing but laugh at their absurd testimonies. Traditionally, documentaries rely on talking-heads. The ironical final shot in Thin Blue Line shows the troubles involved with the reliability of talking-heads. Morris zeroes-in on ‘absolute truth’ only when one of his important subjects talk without facing the camera.

Overall, The Thin Blue Line (101 minutes) is a searing and significant indictment of a slanted judicial system. It also meditates on the nature of human subjectivity, a theme that runs throughout Errol Morris’ oeuvre.