The relevance of a story is, I believe, in the intent. Not the intent with which it is told but the intent that is held for the people to which the story would reach. And stories have their own right to exist because creativity comes from personal space. The question arises; is agenda a story if it can manifest itself into one? I am particularly conflicted to answer in favor of or against the validity of the agenda, notwithstanding the intention. In this case, we have a statistically significant phenomenon of prejudice that has crippled an entire state institution. And therefore, I am wondering if A Shot Through The Wall exploits the tragic phenomenon arising from the criminality of the institution to make a far-reaching comment in its inefficient way.

To summarize, a Chinese-American policeman Mike Tan, played by Kenne Leu, finds himself guilty of second-degree homicide when his gun accidentally goes off during a chase and the bullet pierces through a wall of an apartment, killing its resident inside, an African-American. On its surface, the film might appear to be an examination of guilt that follows accidental killing. From a more political perspective, you might expect it to unravel the passive prejudice harbored by certain people against certain people in everyday life. But the agenda is different.

The racial tension is merely an instrument for the environment, a narrative device. To render the critical point of the film an undisputed case of an accident, an intricate mechanism is employed. The protagonist is of Chinese origin, the fatal shot was due to an accidental fire from the gun, the fatal shot went through a wall and the victim wasn’t seen. There lies a veil of ignorance between the perpetrator and the outcome, which could have been, in all possibility, null as well, had there been no individual behind the wall to get accidentally shot. And then we know that the perpetrator is engaged with an African-American woman, which is to invalidate the presence of a racial bias. 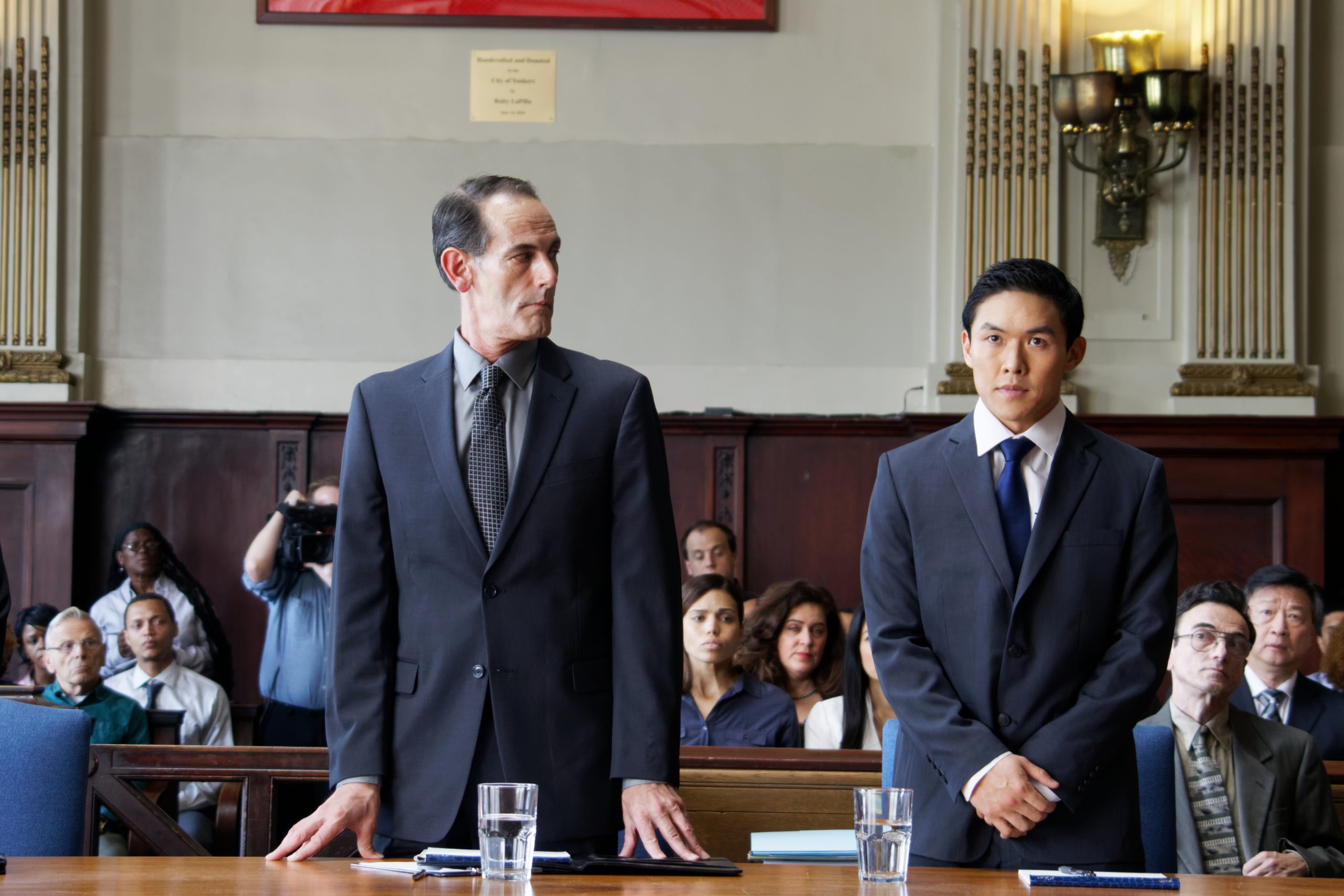 Now, it is not that the film remains ignorant of the defense mechanism it has created. In fact, it addresses them and uses each to first corner the protagonist and then allow him a journey to an eventual realization wherein he would embrace his truth and the regret would transform into guilt. Regret was, anyway, a diplomatic term to be fed to the media, as it has always been. Eventually, the narrative progresses in a manner that the redemptive arc becomes secondary to the agenda of the film, its critique of the police order, and behavioral problems that have made the use of firearms casual.

This casualty is aggravated by the fact that caution is nullified by race prejudice and consequently, innocent lives are lost. However, A Shot Through The Wall moves with extreme caution itself. It is so caught up with making calculated moves to touch multiple layers of the complex reality it has created for itself that the focus seems to be scattered and after a point, it becomes dependent on you to take from the film whatever you find most substantial.

The drawback of this approach lies in the contrivance it necessitates to further the narrative. The organic flow is compromised because the protagonist of your film is battling for the sake of his identity, to prove that it/he is not what people are making it/him out to be. And certainly, the film isn’t about that either. But the film is not even about the protagonist, for had it been about him, it would explore the guilt with or without his incarceration and/or the trial, but most importantly, without the baggage of cushioning plot devices positioned in his universe. 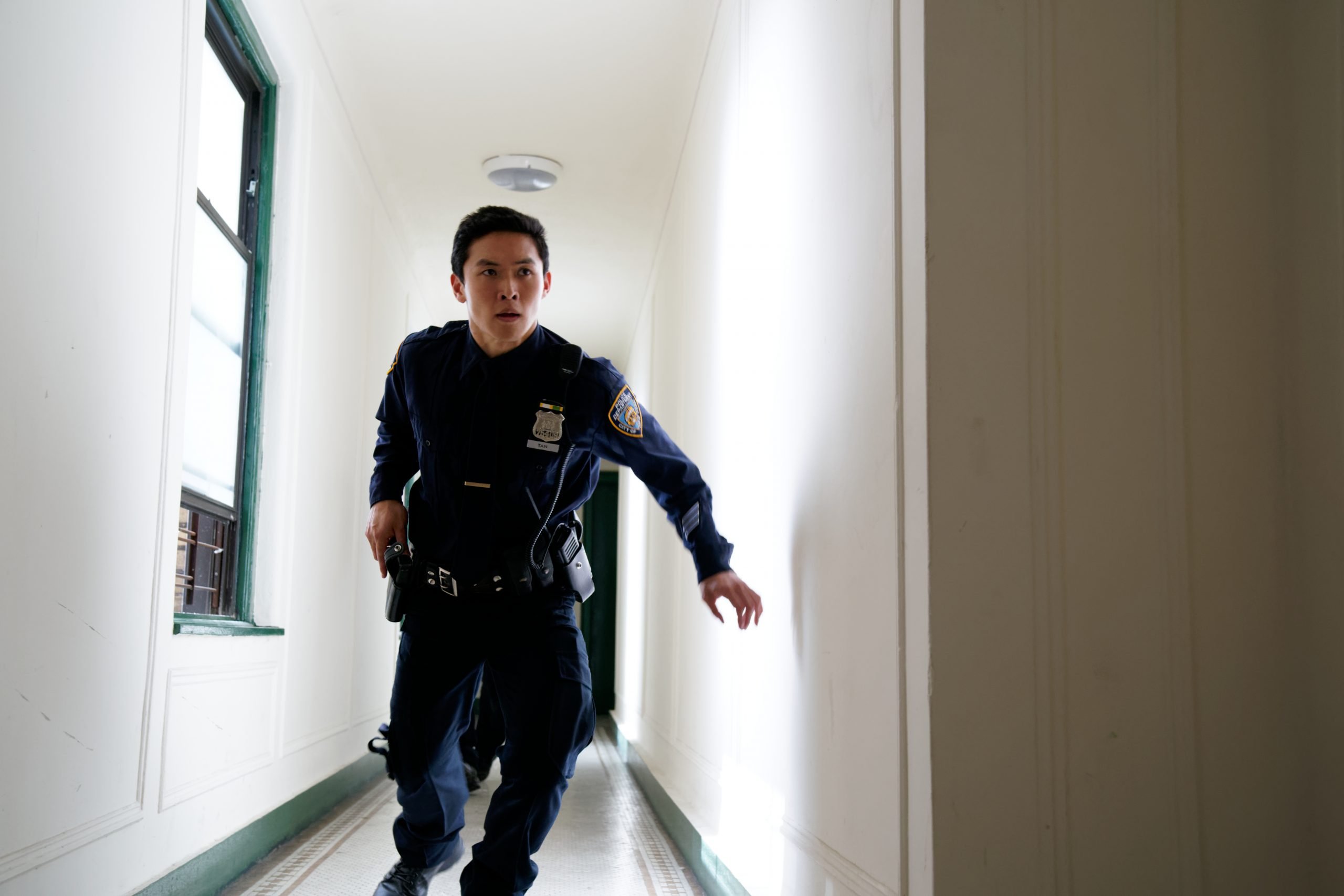 Nevertheless, the discussion around race finds its space and admirably, the film dares to nudge the existence of prejudice even in the “not” racist characters in the most unassuming ways. There is no glaring issue with the intention, for the agenda in question has poignancy. And in all likelihood, the story could be stemming from a personal experience. It is only the mechanics of storytelling here that prevent it from becoming an introspective journal or a scathing critique.

Now, the reason why I argue that it is more about the institution than one man is a particular attribute of the film’s resolution, which is virtually an outcome via karmic fate but is, in reality, a tragic incident in isolation made possible due to the criminality of the institution that cornered our protagonist. I won’t claim that it posits anything remotely associated with karma, for such an assumption would be dishonest to the film. But the film cannot escape the “optics” here. Subsequently, if the aforementioned aspect is ruled out then we are left with the fact that it is racism that leads to police shootings and the same is the reason behind the eventual fate of our protagonist as well.

A Shot Through The Wall must have been an ambitious film on paper. If it wished to manifest its ambition on the screen as well, then it required a greater degree of political temperament.