Iceland movies may have limited scope and almost always have brooding, distressing mood, but in this increasingly homogenized world it is exhilarating to watch the survival of unique domestic film industry. 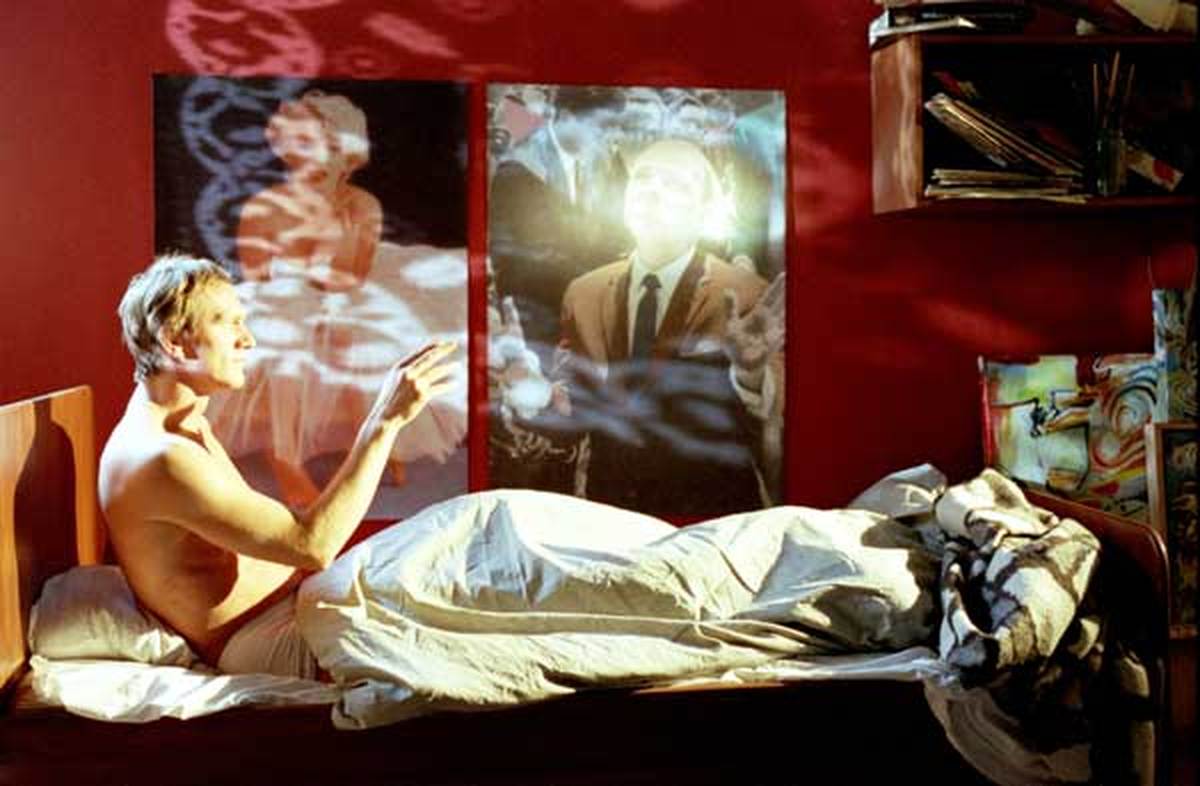 Based on author Einar Gudmundsson’s novel, Fridriksson’s visually impressive life-affirming feature tells the story of thirty-something Icelandic artist with mental health problems. Paul (Ingvart E. Sigurdsson) is an unsuccessful painter who lives with his parents after experiencing unbearable rejection from his girl friend Dagny. Since Paul’s increasing violent nature baffles his parents, they place him in a mental institution. There he becomes friends Viktor who believes he’s Hitler and Oli who thinks he wrote Beatles’ song through telepathy. While, the film like many asylum-based works tries to blur or comment on the line between sane & insane in the society, it also serves as vital piece to showcase the alienated life in Scandinavian lands. It’s cynical, melancholic tone expresses how empty life would be, if all there’s left to reflect in society is insanity and anger. Sigurdsson performance is powerfully eloquent and Fridriksson’s occasional surrealistic touches keep the melodramatic narrative buoyant. 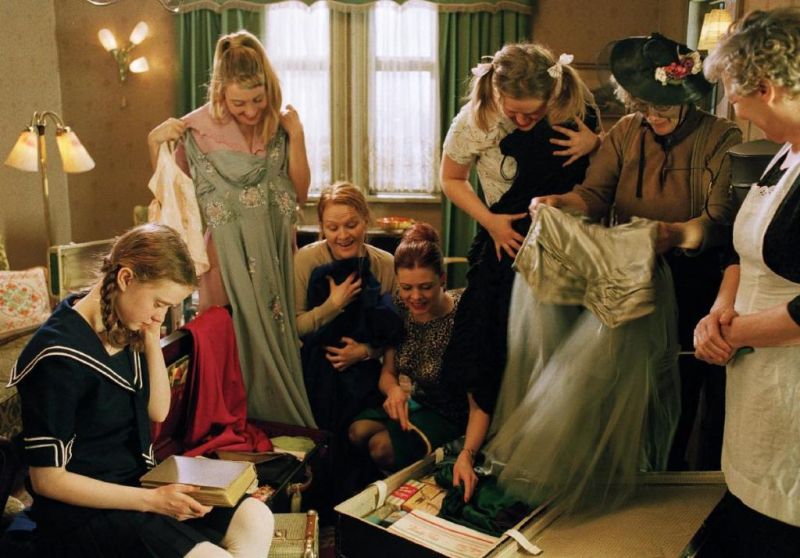 Based on Kristin Marja Baldursdottir’s popular Iceland novel – The Dance – Agust Gudmundsson’s movie possesses the familiar brand of eccentricity, exaggeration, and mayhem witnessed in Iceland tragicomedies.  The film is set in the 1950s and revolves around recently widowed femme fatale named Freyja (Margret Vilhjalmsdottir) who returns to her home-land after leading a privileged life in the American soil. When a cousin inquires about her husband’s death, she says he had heart-attack while defrosting the refrigerator. The cousin’s eyes exude surprise and she asks, ‘you have a fridge?’ Freyja is determined to keep her slim figure and lavish lifestyle. One of her agenda is to find a suitable new husband. The narrative unfolds through the eyes of 11 year old Agga who perfectly sees through Freyja’s plans. The Seagull’s Laughter is melodramatic and overly exaggerated. Nevertheless, its devilish sense of humor and feminist punch turns it into unpredictably entertaining dramedy.

Similar to the debut-feature 101 Reykjavik, Baltasar Kormakur’s sophomore directorial effort depicts a bleak, blue-and-white palette to reflect the harsh landscape and the harsh predicament of its unlikable, downcast characters. Like the polarizing qualities of Iceland landscape – beautiful as well as desolate – the characters are too haunted by extreme emotions. They are burdened by dull crawl of routine days. Based on Olafur Haukur Simonarson’s play, The Sea revolves around the web of secrets & lies, plaguing a wealthy Icelandic family. The explosion of emotional violence in the film brings to Thomas Vinterberg’s acclaimed work ‘Festen’ (The Celebration). However, similar to most of other Kormakur’s movies, the narrative core is emotionally inert and devoid of compassion. Director Kormakur is adept at designing breath-taking shots to permeate the landscape’s beauty, but we hardly feel for his bitter characters. 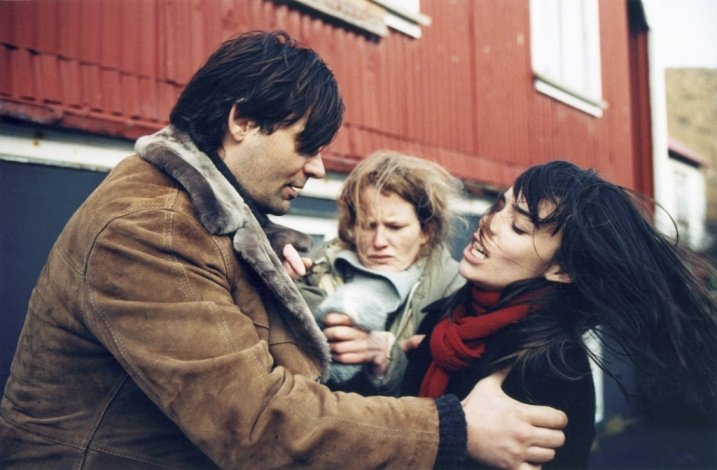 Iceland-American director Solveig Anspach made her directorial debut with French-Begian drama ‘Haut les coeurs!’ about a pregnant breast cancer patient. The film was memorable for French actress Karin Viard’s enlivening performance. In her second feature Stormy Weather, Anspach once again builds a fascinatingly unsentimental health-care drama. Icelandic novelist Didda Jonsdottir plays the central character Loa, a mentally challenged middle-aged woman. Loa runs away from her children and alcoholic husband. She is found in Belgium brought into a psychiatry ward as the nameless, untalkative, vagabond. Young, unorthodox psychiatrist Cora (Elodie Bouchez) tries to build a communication bridge with Loa while the authorities try to find out identity of the woman. It’s the kind of set-up which could easily follow the sentimental path of ‘Rain Man’ or ‘Awakenings’, yet this is a subtle tale about mutuality in patient and doctor relationships. Despite the very thin plot point, the film works mainly due to complex and remarkably nuanced performances of the two lead actors. 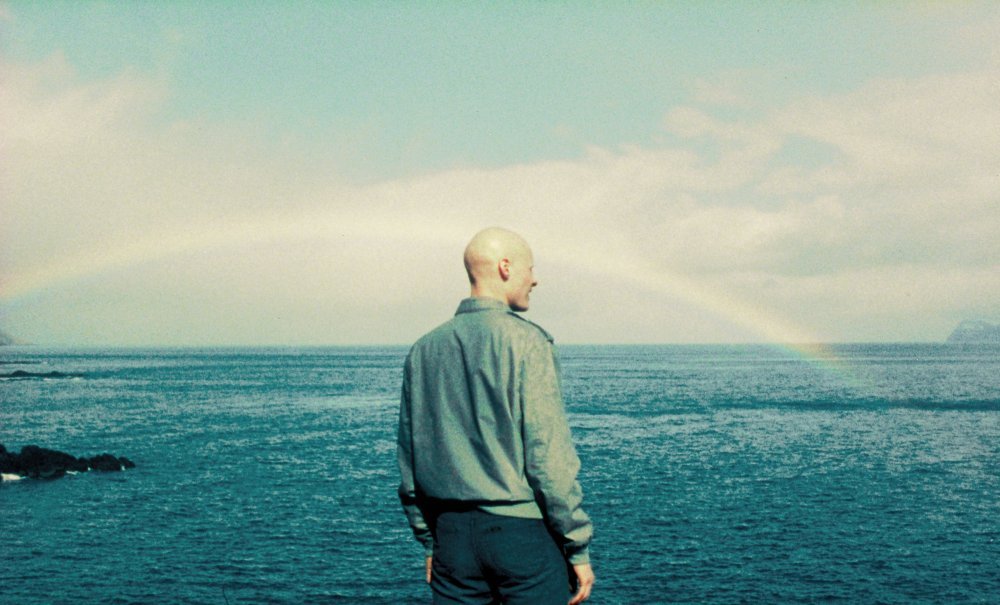 Dagur Kari’s familiar coming-of-age tale inventively conveys the quiet desperation of a young man using a singular, exquisite atmosphere and droll sense of mischief. Noi (Tomas Lemarquis), the 17 year old, lives with his insane, jig-saw-puzzle obsessed grandmother. When he is late for school she wakes him up by firing her shotgun. Noi’s father is an alcoholic. He lives in a small-town guarded at one side by a giant mountain and surrounded by people who is as emotionless as the weather-beaten mountain. Noi is definitely someone with ‘true potential’, yet he decides to not attend classes, figuring out there’s no life for him within these geographical and emotional barriers. Dagur Kari bestows a range of indelible shots including a rainbow shooting across the ocean. The surface beauty of the land is, however, juxtaposed with time-worn looks of the town’s inhabitants whose existence truly tells what it means to live in a frozen wasteland. At other occasions, director Kari uses the physically intimidating landscape as a stand-in for Noi’s existential angst. Tomas’ (Snowpiercer) remarkably naturalistic performance effortlessly brings emotional connection with the alienated protagonist. 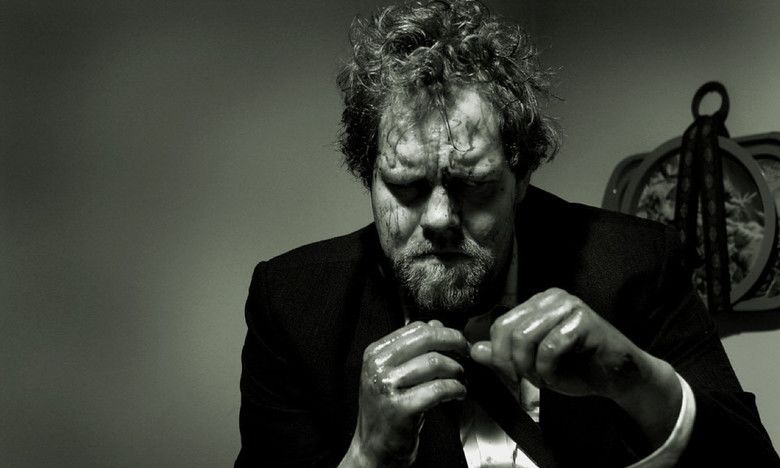 Ragnar Bragason’s bleak family drama revolves around interlinked lives of four main characters: Nurse & tired single mother Karaitas; her 12 year old son Gudmund; Gudmund’s violent & criminal father Gardar; and Gudmund’s fragile and older schizophrenic friend Marino. Each of these characters are misled or cloaked in confusion, alienation and anger. The remarkable imagery depicts how these people gradually sink deep into their despair. Shot in black-and-white, the aesthetic style lends distinct depth to the proceedings. The mastery of Mr. Bragason lies in the way he breathes some hope into the narrative and how he depicts the characters in different shades of gray. Although the film is set in less savory parts of Reykjavik (in Breidholt neighborhood), the coarse family life dynamic witnessed in it is universal in nature. Director Bragason’s raw, visceral depiction of the place could be compared with the works of British film-makers Shane Meadows and Andrea Arnold. The pitch-perfect performances add more layers of grittiness to the stark proceedings. Bragason made another family drama titled ‘Parents’ (2007) which isn’t as bleak as ‘Children’ and is set in the suburbs of Reykjavik. 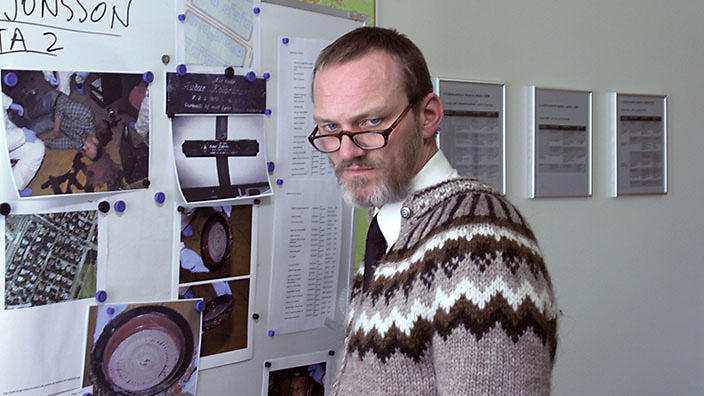 Crime novelist Arnaldur Indridason’s detective Erlendur, like other Nordic detective protagonists, is an enigmatic personality with a bruised past and constantly engaged in a battle to conquer his inner demons. He is a solitary, straight-faced, and well-determined individual who pretty much seems to be an embodiment of Iceland itself. In Baltasar Kormakur’s adaptation of Indridason’s best-selling novel Jar City, the detective (Ingvar E Sigurdsson) investigates a allegedly simple murder case. The victim is a old guy, his head split by an ashtray. As the accompanying detective remarks to Erlendur: “its typical Icelandic murder: messy and pointless”. Nevertheless, there’s much to the dead old man’s murder and his unsavory past. Jar City is mostly a character-driven thriller rather than plot-driven. Hence there aren’t big unpredictable twists. You may easily guess the whys & whats behind the killing. Yet, what’s intriguing about Jar City is Indridason’s social commentary and characterization of emotionally battered people. Detective Erlendur is an intriguing personality who transcends the archetypal elements of detective tales. Director Kormakur, for his part, makes perfect use of Iceland’s damned, intimidating landscapes which reflects the torments of the characters. 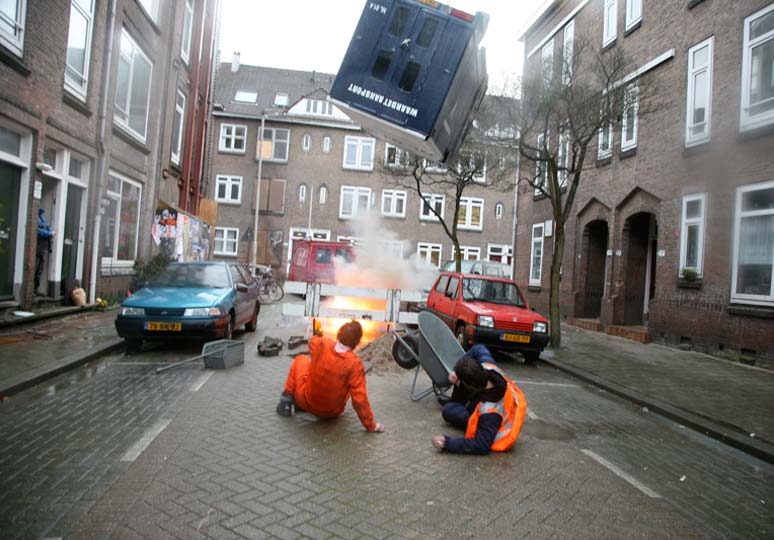 Director Oskar Jonasson who was best known for making Icelandic comedy films tried his hands at thriller genre with Reykjavik Rotterdam. The script was co-written by renowned novelist Arnaldur Indridason and the lead character was played by Baltasar Kormakur. The cast includes other well-known Iceland actors like Ingvar E. Sigurdson (Jar City), Theodor Juliusson (Volcano) and Olafur Darri Olafsson (The Deep, Trapped). The story revolves around two friends: Kristofer, a security guard who was fired from freight ship for smuggling alcohol; Steingrimur, Kirstofer’s partner in crime and holds a strong position in the docks. Since Kristofer never squealed on his partner, Steingrimur helps him in little ways. Nevertheless, the financial strains threaten the future of Kristofer, his wife Iris, and two sons. When Iris’ brother fumbles with a smuggling job, it falls upon Kristofer to do it. At 83 minutes, this a tight thriller with fairly good twists and turns. Along with Jar City, Reykjavik Rotterdam stands as one of few decent genre attempts in Iceland cinema (Kormakur’s recent thriller The Oath has gained some good reviews which I haven’t seen it yet). Actor/Director Kormakur made a average American remake of the picture under the title ‘Contraband’.

Ragnar Bragason’s blockbuster comedy is based on popular Icelandic TV shows (The Night Shift & The Prison Shift). Georg Bjarnfredarson (Jon Gnarr) is granted parole. He protests that he’s never applied, but any way he is thrown out. Tyrant would be too simple a word to describe how Georg imposes his will upon others. His single mother has raised himself as feminist, socialist and vegetarian. Georg was supposed to be an important person. But his misadventures only put him inside the jail. Upon his release, Georg’s mother shuns him and so he stays with his prison buddy Daniel. Olafur is another room mate, a 40 year old man-child. Mr. Bjarnfredarson is an oddball comedy that’s empathetic towards its outcast or misfit characters. The comedy elements don’t strictly belong to ‘acquired taste’ category.  Even though it’s a movie version of TV series, prior knowledge about the show isn’t necessary. Anyhow, this mainstream Icelandic comedy kindled my interest to watch the eccentricities of the three outsiders.