Iceland is one of my preoccupations, sometimes an obsession. It’s unimaginably beautiful yet very intimidating natural atmosphere – fjords, valleys, volcanoes, etc – is fascinating to behold, at least in terms of my armchair traveling. A lot of Icelandic narratives are genuinely compelling because it’s ‘stripped down to the basics’ man vs. nature stories. Rather than just lingering on the massive, gorgeous, and flat Icelandic locations, the literature and movies from the small nation deeply contemplates on the challenges in living in such formidable location – both physical as well as existential. Perseverance, sense of isolation and emptiness are the recurring themes in the tales of Iceland. Hence when I heard of Netflix original series Katla (2021) – name of a large active volcano in Southern Iceland – I was naturally intrigued.

There are no violent eruptions in Katla for 103 years. However, in the series, Katla is continuously erupting for a year, and of course the narrative flow is as slow-burn as a slowly-erupting volcano. Katla has a inexplicable mysterious phenomenon at its center, but the staging places it within the realm of Nordic noir than science fantasy. Nordic noir is generally labeled as a genre of crime fiction – predominantly detective fiction – which touches upon the social, cultural, economic, and political aspects of Nordic countries. Though it was primarily established as a literary genre in the 1990s – mostly by the Swedish crime fiction authors – its popularity grew with the onslaught of TV series such as The Killing, Borgen, The Bridge, and Trapped. And over time, Nordic noir is expanding into genres more than detective fiction. 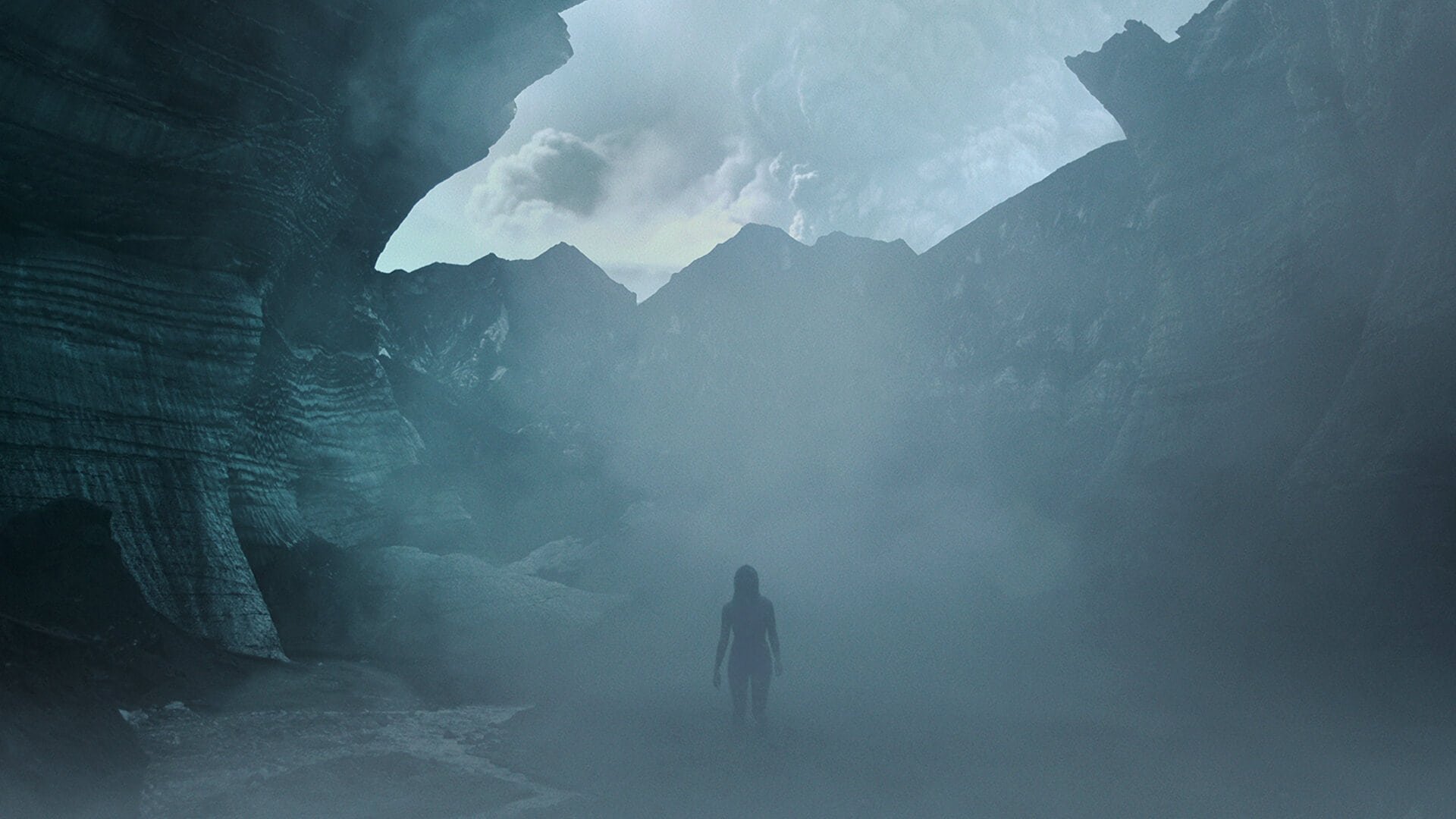 Among the Icelandic crime fiction authors I have explored are the works of Ragnar Jonassan, Yrsa Sigurdadottir, and Arnaldur Indridason (who is my favorite). More than being a page-turner, such crime fiction offers a window into the Icelandic psyche (that do sound vague, but you’d understand when you read it). At the same time, it is important to understand that Iceland has a very strong literary tradition. So it has lot to offer apart from crime fiction although I have read only few works of Halldor Laxness and Jon Kalman Stefansson.

Katla, created by Iceland’s most prolific film-maker and producer Baltasur Kormakur, definitely doesn’t belong to the top-tier Nordic noir. Or we have to at least wait for another season to perceive how satisfyingly it follows up the characters, conflicts, and mysteries it has set up in the 1st season.

Katla is set in the small-town Vik, situated close to the volcanic glacier erupting for over a year. The town’s residents have mostly moved to the capital city Reykjavik. The remaining residents do their best to keep the town functioning, which includes law enforcement officials, geologists. Tourists are not allowed, and to get into the town through the ferry special permit is required. In this tense atmosphere, strange activities in the volcano are observed, which is taken to the attention of Reykjavik geologist, Darri (Bjorn Thors). While the townspeople believe that the probability of Katla violently erupting like Pompeii is nearly impossible, something more inexplicable happens.

A naked woman, completely covered in ash, is rescued closer to the volcano observation station. The woman is in shock, hypothermic and immediately sent to a hospital. While gradually recovering, the woman identifies herself as Gunhild (Aliette Opheim). She is Swedish and says she works at Hotel Vik. But the last time a Gunhild was working in the hotel was twenty years ago. Guhild claims to know a local resident named Thor (Ingvar Sigurdsson) with whom she seems to have/had an extra-marital affair. At this point, Katla reminded me of the French supernatural series The Returned (2012-2015). The series is set in a small Alpine town, where a group of bewildered people return home. The families are shocked to see them because they have been dead for several years. Australian series Glitch (2015-2019) – available on Netflix – also has a similar sensational premise.

However, that’s not the case at least with Gunhild. The older Gunhild is still alive in Sweden. Except for the 20 year difference they look very much alike. The next to return in the similar fashion is Asa (Iris Tanja Flygenring), daughter of Thor who went missing over a year ago during a rescue mission near the outpost. Grima (Gudrun Yr Eyfjord), the younger sister of Asa, was devastated by the loss. Grima is the police and emergency personnel whose marriage with the cattle farmer, Kjartan has gone stale ever since her sister’s disappearance. She has always possessed a deep well of sadness since her mother’s suicide when both the sisters were little. Asa’s return initially offers comfort to Grima, but slowly she is preoccupied with the irrationality behind this return.

An old woman who runs Hotel Vik for decades calls this as a recurring event and compares the ‘returned’ people to changeling. There’s already an older Gunhild, whereas in Asa’s case she’s not legally dead. But the third person to return has been dead for more than three years. It is the geologist Darri’s deceased nine-year old son, Mikael. Similar to Grima, Darri is shocked yet thankful to see his son whose death was the reason for the painful divorce with his wife, Rakel (Birgitta Birgisdottir). And like Grima as time passes, his rational mindset rejects such possibility and comes to firmly believe that it can’t be his son. Moreover, unlike the returned Gunhild and Asa, Mikael exhibits homicidal tendencies. Mikael’s aberrant behavior is an exception as some of the doppelgangers only come across as the better version than the original .

As I already mentioned, Katla is very slow-burn. It drops mysteries and cliffhangers here and there. But mostly it focuses on the existential angst of the handful of townspeople, and the void left by the deaths and disappearance. Therefore, it’s reflects on the human condition, the complicated ways we process we grief or the things we do to fill in the void. Katla does invest lot of time to develop the characters, the interpersonal relationships that in the middle, it shies away from creating deeper, intriguing mysteries.

Nevertheless, Katla does end with an interesting theory, one that slightly reminds us of Solaris. But it all depends how such theories take root and the concept is built further in the subsequent seasons. For now, Katla is a fascinating mood piece that delivers us stunning locations and gripping performances. Maybe too serious and dreary for this pandemic era, but then I like shows with apocalyptic flavor.

Aya [2021]: 'Cannes' Review - A Gentle Coming-of-Age film about Being A Woman and loving your Roots