When the assault scenes come up, the director Mostofa Sarwar Farooki cuts away from its visual details, effectively focusing instead on the suggestive, unheard horrors of the adjacent empty rooms and corridors, the muffled screams ringing through. A scuffle in the prior assault scene the staging of this, among other equally remarkable scenes, show flashes of great promise that Farooki’s Zee5 series Ladies & Gentlemen has only in fleeting fits. At its heart, it is a story about the changing roles of women in a society that are nevertheless tied down firmly by the entrenched misogyny underlying each male-female relationship.

Women in Bangladesh or more accurately, anywhere, as Farooki depicts, might be savvy, capable professional earning members of the household but the stray interaction and repercussion of unsavory circumstance serves to underline the dormant male ego and all sorts of misplaced masculine bravado. Women display foresight in hard-pressed situations, uplifting each other, fostering more long-term solutions to crises than hot-tempered, impulsive men.

The series opens with positioning Sabila as the protagonist and the point of entry into gender dynamics. The viewer follows her as she runs a boutique, goes through a day at the cultural center where she works as a dance teacher, and her unfailing care for her father who suffers from dementia, constantly mailing applications to foreign hospitals for his medical treatment. She is strapped for cash, which is impeding the treatment, and her husband Arif, working in the same cultural center, does not have a well-paying job either. She seeks a permanent job that would grant her significantly better pay and speed up her wish to find the best neurologist to coordinate the checkup. 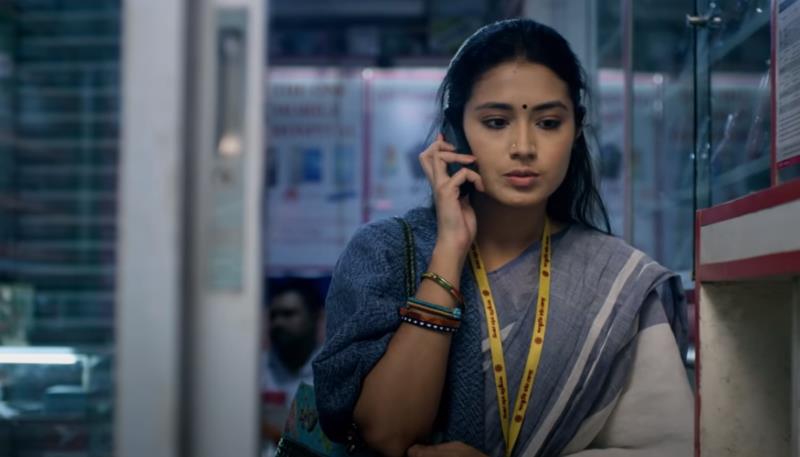 While this fraught financial situation and precariousness are ever-pervasive, Farooki refreshingly does not design it as a cesspool for Sabila, which might blunt her resistance when her boss and the chairman at the center, Khairul (Afzal Hossain) makes lewd advances and sexually assaults her. Sabila has an unstinting inner strength, resolve and sheer grit in confronting each nasty encounter with men who try to intimidate and coerce her into passive submission to the unfortunate episode, as they would like to phrase it.

She actively refuses to take things lying down and verbalizes a staunch questioning of men wielding all kinds of corrosive power and displaying rank entitlement of their gender. The series refrains from imbuing her with heroic connotations of the figure of a woman on a mission to obtain justice and punish the attacker. She realizes the futility of it all, as the harassment committee proceedings bring into sharp focus the impossibility of justice. Farooki, however, has something else on his mind and this arc gets the short shrift, as the viewer is jolted off track into a wholly different trajectory of murder and the subsequent hunt for the criminal.

Also, Read – Portrait of a Lady on Fire (2019) Review – The Intimate Charm of an Aristocracy

This is where Farooki stumbles, just about halfway into the series. This dramatic shift in gears, tone, and agenda never becomes properly persuasive and remains fundamentally uninvolving as the prominent characters associated with these sections are grossly underwritten and thoroughly unengaging. The nabbing of accomplices in the crime and the larger backstory that develops don’t build on the very basics of well-etched characterization, defusing the superfluity of dramatic action to noisy pointlessness, nothing quite sticking in the viewer’s mind. Arif is constructed as a man who slowly derails into an overwhelming mess of conflict and is consumed by a vortex of heightened insecurity, pricked masculinity, and extreme ego issues, but the screenplay does not concede much latitude to hone his presence, which is severely undercut by Mostafa Anwar’s effete performance, registering in broad strokes.

There is a distinct lack of organic ease in Farooki’s approach to his broader arguments about the institutional rot and how it is enabled into continued sustenance by parties solely invested in finalizing their end of the bargain. Ladies & Gentlemen teems with characters who schlenter to work and engineer situations to their advantage. CBI officers bypass all procedural integrity to secure what they covet. There are deeply questionable creative choices of voiceover use to fully articulate characters’ anguished inner unrest. The episodes after midway point careen out of control owing to the characterization that is shorn of depth and so is the appraisal of the implications linked to the hunt wanting in acuity.

These major flaws do not take away from the high points of the first few episodes and the solid grip they exert, and Farooki’s triumph lies especially in the utterly fascinating characterization of Khairul Alam, played to double-edged humane perfection by Afzal Hossain. Khairul presents an intriguing case study of a monster in the guise of benevolence, with the patronage of a liberal cultural institution backing him. He is not the typical slimy predator. After the first attempt, he persuades her that he is wallowing in immense guilt and gnawing self-loathing, beseeching her forgiveness. He does not antagonize her, though of course, he has ulterior motives, leading to the second instance that compels Sabila to take immediate action. Khairul is interesting in the sense how he describes himself as an old man who fell prey to his worst impulses and simultaneously never missing out on plotting minutely his course of action.

Farooki launches a sneering takedown of the male poetic status and authority as Khairul insists on Sabila to forgive him on account of what his poetry mattered to her, if not him as a person. Of course, he has the features of a garden variety predator as he blames her for sending out all the signals to him, motivating his assault. Tasnia Farin brilliantly channelizes Sabila’s fortitude and eventual exhaustion of fighting her circumstance. Her rage, her impatience is precisely illustrated with appropriate inflections in body language.

Related to Ladies and Gentlemen (Season 1) – Made in Bangladesh [2019]: ‘TIFF’ Review – A Colorful Empowering Film for Women Around the World

Farooki raises important questions about the privileging of cultural institutions defending itself against effacement over women’s safety and justice, hinting at the essential impunity of powerful men. Anxieties about a woman’s public image being sullied come to the fore repeatedly, her aggrieved pleas dispelled. Characters emphasize a women’s dignity is paramount but no one listens to her. Intra-institutional complicity is ruthlessly interrogated and harassment committees with male heads, who are confidantes of the accused, is rigged against the complainant and thereby exposed as a farce. The male head even incriminates Sabila for wearing ‘provocative’ sleeveless blouses that could have spurred such an episode.

Just when the series seems to plunge deep into investigating the core of institutions and the many bones in the closet, Farooki pulls short and changes track, and the study of the same does not manage to look into the intricacies and offer fresh insights on the easy complacency embedded in male authority and its misdemeanors that go scot-free, unchallenged. While the series tends to overspread itself and abandons all sense of tacitly built tensions, Farooki inserts some exceptionally and exquisitely well-executed, wordless moments of female solidarity and sisterhood, projecting it as the only hopeful future. Farooki uses people’s hands trusting to clasp the other’s twice as a pivotal visual signifier of this gesture of sisterhood and mutual trust, a standout scene towards the end of the third episode where a woman wrestles with her disturbing newly acquired knowledge. These scenes offer another rich glimpse at Farooki’s cinematic capability that however springs into being only in bursts and too unsatisfyingly infrequent intervals in Ladies and Gentlemen.

Ladies and Gentlemen (Season 1) is now streaming on Zee5

The Last Letter from Your Lover [2021]: 'Netflix' Review - Beautifully Shot, Yet Leaves Little to Desire