Director Bill Forsyth was considered to be one of the pioneers in Scottish cinema for building up the basic infrastructure to boost domestic movie production. Having made eight films in his two decade career, Mr. Forsyth’s humanist perspective offers singular insights on Scottish society and its traditions. Although the warmth and humor in his films is oft compared with Scotland-set black-and-white films like Alexander MacKendrick’s Whiskey Galore! (1949), Powell & Pressburger’s I Know Where I’m Going (1945), and Vincent Minnelli’s Brigadoon (1954), Forsyth’s cinematic world possesses a subtly entrenched elegiac tone. His deliciously detailed character moments often cuts down unnecessary sentimentality. In fact, Forsyth’s comedic vignettes branches out from a sense of melancholy and the comic situation that never obscures a character’s loneliness or existential angst.

Bill Forsyth has worked in films from the age of 17, starting with commercial documentary shorts. For brief periods he has also worked in BBC and at National Film School. Forsyth made his first feature at the age of 33 with a shoe-string budget. Much of the equipment used in the film titled That Sinking Feeling (1979) was borrowed from friends or Production Company.  The film was a comedy about a group of Scottish youngsters coming up with the scheme of robbing a warehouse filled with kitchen sinks. The resultant success of this film led Forsyth to make his most celebrated film to-date Gregory’s Girl (1981). Set in the desolate urban landscape of Glasgow, the film chronicles the titular teenage character’s (played by John Gordon Sinclair) efforts to win the love of his soccer-playing classmate Dorothy (Richard Ayoade’s 2010 film ‘Submarine’ about the coming of age of a Welsh teen could serve as fitting companion piece). The bigger success of Gregory’s Girl in the indie circuit brought Forsyth to the attention of famous British producer David Puttnam (in 1981 he had won Best Picture Academy Award for sports drama ‘Chariots of Fire’). The project Forsyth developed with this major industry player happened to be one of the most brilliantly crafted Scottish movies ever. Loads of money doesn’t always guarantee the quality of feature. In fact, big-budget production deluges film-maker with long list of demands. But with Local Hero (1983), Bill Forsyth broadened his directorial powers and had the chance to collaborate with best possible technicians and actors, who in turn greatly elevated Forsyth’s humanist vision. 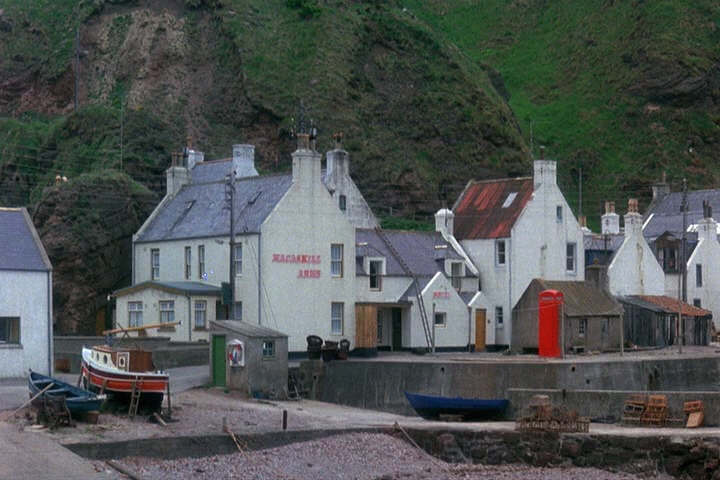 At a glance, Local Hero might sound like a David vs Goliath corporate greed story (small-town Scots vs American corporate types), sprinkled with humorous vignettes. However, it doesn’t succumb to the cliched approach of showing small-town dwellers as the wise, humanist group compared to comfort-seeking modern types. Even though Chris Menges’ luminous cinematography perfectly captures the alluring Scottish coastline (further bolstered by Mark Knopfler’s timeless & poignant soundtrack), the land or its people aren’t exoticized (as one character says, “You can’t eat scenery!”). Local Hero makes a subtle commentary on capitalistic greed, effects of corporate culture, and environmentalism, but it is predominantly a very personal story; a story about multi-faceted characters experiencing something soulful that’s beyond the scope of their constrained modern existence. The film opens in Houston with Knox oil company executive MacIntyre (an astoundingly restrained Peter Riegert) driving his Porsche to work. At office, the brash executive isn’t happy to hear that he is assigned to travel to the west coast of Scotland for buying lands and setting up a fresh oil refinery. MacIntyre’s Scottish-sounding name (Mac is in fact of Hungarian descent, and his family chose ‘MacIntyre’ to sound more American) makes him the right candidate. Before going on the mission, he is called up by Texan oil tycoon and company Chairman Happer (Burt Lancaster) who has another mission for MacIntyre: to gaze at the nightly skies of Scottish coast to look for peculiar things, especially comets. Happer has deep interest in astronomy more than oil refinery deals and further adding to his eccentricity is the hilarious insult-therapy treatment session he undergoes with unorthodox psychiatrist Moritz. Mac travels by plane to Scottish city Aberdeen where he partners with the company’s local man Danny Oldsen (‘Doctor Who’ fame Peter Capaldi’s earlier role). They both travel to picturesque & remote fishing town Ferness to enter into discourses with Gordon Urquhart (Denis Lawson), an hotelier, bar-keep, accountant, and most importantly a lawyer.

The uncanny inhabitants of Ferness largely comprises of grumpy, unemployed elderly men and fiercely lonesome youngsters. They are happy to sell their land and receive top dollar for it. On Gordon’s advice, the villagers put up a reluctant attitude to increase the negotiable value. Only the beach-dwelling quirky old man Ben (Fulton Mackay) rejects Mac’s proposal. While the local people find hope by the prospects of selling, Mac totally comes under the spell of the town’s quaintness and calmness. He also falls for Gordon’s beautiful, sexually charged wife Stella (Jennifer Black), not that it leads to any awkward episodes of infidelity. Freed from the bustling atmosphere, Mac feels something profound in the tranquil Scottish shores and growing friendship with Gordon. He intermittently talks to Happer from the town’s red-painted public telephone booth, conveying the wondrous meteor shower that lights the night skies. Meanwhile, Oldsen actively pursues Marine biologist Marina (Jenny Seagrove), who believes that the site is earmarked for a marine observatory. All the narrative threads culminate into a bittersweet climax which is as amiable and frustrating as life itself.

Due credit must go to magnificent directorial sensibilities of Bill Forysth for turning Local Hero into both a deeply felt drama and an unadulterated whimsical comedy. As I mentioned earlier, comedic situation is offset by a feeling of thoughtful sadness or it arises from character quirks. The film’s running gags are full of delicious details: for example, the obscure motorcyclist who terrorizes the town’s pedestrians or the old fisherman painting his boat or Mac gathering up ten pence for calling Houston. And all these strangely funny episodes emerge organically without belittling the local people. Bill Forsyth generates comedy by playing up with our expectations of generic characters. The characteristics of the African pastor or the failure of Mac to eventually affix himself to the magical environment or the independent marine biologist are deliberately included to disappoint our expectations, usually attained from generic build-up. The subtle transformation of Mac is brilliantly understated. Forsyth’s charming way of capturing casual human interactions and enchanting surroundings never forces the change within Mac. He doesn’t describe what’s missing in his life in glowing verbal terms, but through slightest yet endearing conversations, we experience the gracious changes in Mac’s life.  While Mac’s efforts to fill the void paves way for nuanced drama, Happer’s penchant for abuse therapy and astronomy bestows memorably funny moments. Burt Lancaster’s steely voice, icy demeanor and easy charm perfectly serve the narrative’s comedic elements. He also never overplays the character’s eccentricity. 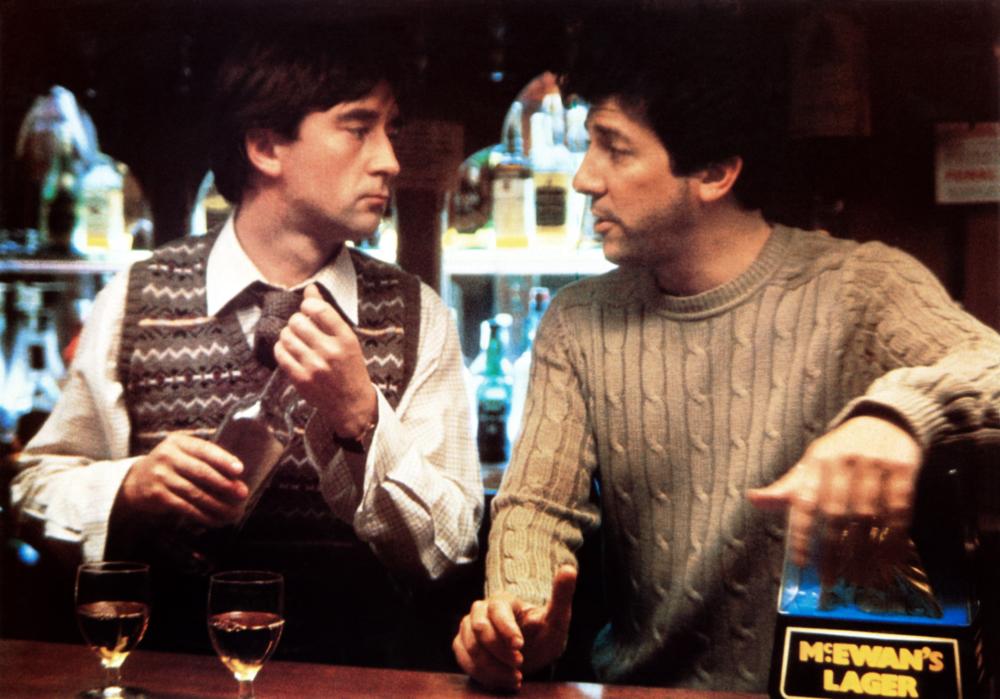 The greatest achievement of Forsyth’s script is the realization of full-bodied characters. From central to bit players, every character in Local Hero seems to have an inner life rather than just serve as dispensable devices for moving forward the narrative. Consider the feisty teenage girl with Mohawk hair-cut who obsessively pursues Oldsen for a dance, the camera lingers on for a moment or two than necessary to capture her loneliness and desire for experiencing something ‘different’. The entire casting of the locals deserves a special mention since they all provide a vivid impression of this unparalleled cinematic world.  In a typical narrative, Happer would be evil, Gordon labeled as greedy, and Ben elevated to the position of noble hermit. But here they are humanized and the emotional terrain is much tighter and complex. Chris Menges’ elegantly laid back camera work functions as cinematic love letter to Scotland.

Many films following the fish-out-of-water narrative ends up with undeservedly upbeat or annoyingly melodramatic climax. Forsyth’s bittersweet ending avoids such pitfalls. There’s something very sad about Mac ending up alone as he forlornly gazes at the busy city’s skyline. He always has been alone but the feeling of emptiness may deepen since he has experienced the profundity of life in Ferness. So there’s no easy way of going back to old, busy life. It’s definitely bit of a gloomy ending, but Bill Forsyth decides to finish it on upbeat note. He added up the shot of coastal town alongside the sound of telephone ringing in empty red booth. Mac may have failed in his deal to mutilate the earth’s beautiful place, but his heart is deeply pierced by emotions that may help him to look past the rush of hollowed modern life.

Local Hero (111 minutes) is a part profound emotional drama and part whimsical comedy, imparting a distinct cinematic experience that’s just as invigorating 35 years on. It’s a cinematic equivalent of the playful axiom: “Life is what happens when you’re making other plans.”

The Assassination of Jesse James by the Coward Robert Ford [2007] Review: A Tale of Fame & Infamy