Silent Land TIFF Review: “Vacations gone wrong” is one of my favorite sub-genres in cinema. Midsommar, The Ritual, The Hangover, Jurassic Park, The Ruins, The Descent, The Evil Dead, The Cabin in the Woods, Friday the 13th, I love them all. And Silent Land, which screened at the Toronto International Film Festival, has made its way into this list.

I think this borderline sadistic fascination stems from the gradual de-glorification of the perfect image of a vacation that was created in my mind since I was born. Because you see, a middle-class family’s holiday trip was never all about sunshine and rainbows. It was synonymous with irritation, frustration, and anger because a family vacation would include your extended family as well (to split the budget). It just meant more “alpha” men, trying to one-up each other – in terms of how well they can get things done. Thereby making you question why you agreed to partake in this in the first place instead of simply chilling at home. So, yes, watching privileged people go on vacations and getting their whole world turned upside down in the worst ways possible gives me immense pleasure.

Related to Silent Land (2021) – Vacation Friends [2021] Review: A Terribly Overstated Entertainer, But One With Little Potential to Waste

Silent Land is directed by Aga Woszczyńska, and written by Piotr Jaksa Litwin and Woszczyńska. The cinematography is Bartosz Świniarski, editing by Jaroslaw Kamiński, production design by Ilaria Sadun, and sound by Marek Poledna. And it stars Dobromir Dymecki as Adam, Agnieszka Żulewska as Anna, Jean Marc Barr as Arnaud, Alma Jodorowsky as Claire, Marcello Romolo as Fabio, and more. The story follows Adam and Anna as they arrive at a vacation rental, only to find that it has a water problem and the swimming pool needs to be fixed. Their Italian host promises to do the needful in two days and then sends an immigrant worker to do the job. But tragedy strikes when the immigrant worker takes a tumble into that very pool, sending the couple’s vacation and relationship into a downward spiral. 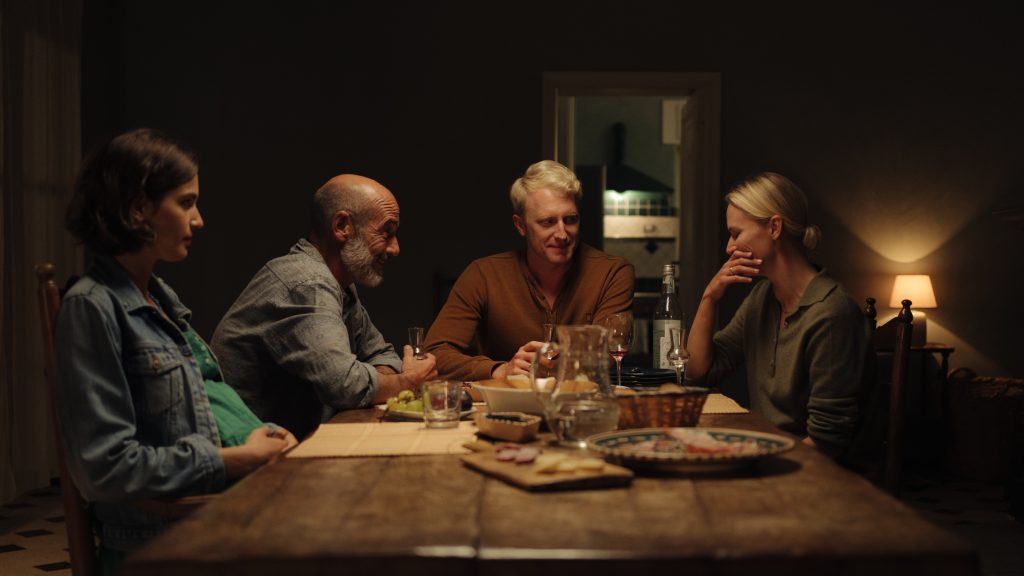 That last bit might come as a shock to many. However, I was kind of anticipating it, despite not reading up on anything about Silent Land prior to watching it. I think it was Bartosz’s locked off shots, moving ever-so-slightly to stir you up, Marek’s immaculate sound design, shifting between all kinds of ambient sound to make sure you notice the lack of a score, and of course, Aga’s direction, that kept me on the edge. And I am sure that my not-so-latent anxiety, which is triggered when I see that things are too serene, helped me see through these subtleties. So, now that you know about the “twist” too because I have blurted it out, does that mean it’s pointless to watch the rest of the movie? No! Because that is not the twist and if you intend to get married, you must listen to Aga’s cautionary tale about the same.

Now, please remember that what you’re about to read is my interpretation only and something that the creators probably didn’t even intend to say through the text and the subtext. Okay, with that in mind, let me present the most basic reading of Silent Land. There are two scenes in the whole movie which hint at the kind of job Adam does. In those scenes, I got the feeling that he doesn’t quite care about his employee’s working hours and that he will go for the cheaper, non-sustainable option while serving his client. These traits are incredibly synonymous with most upper-class “entrepreneurs” who put more effort into a posh vacation, just like the one Adam and Anna are on than the very job that is probably paying for it. And then they wonder why everything is going wrong. While a lot isn’t revealed about Anna, her stiff behavior and apathy towards a dead man show that she’s likely even farther away from humanity than Adam is.

All these characteristics aren’t exclusive to Adam and Anna’s professional lives or individual lives. They obviously bleed into the mutual space that they occupy i.e. their marriage. Although it’s not very evident from the get-go, and especially due to their steamy scenes together, Dobromir and Agnieszka’s performances do indicate that they are unable to be informal with each other. I don’t know if Polish couples are like this, in general, and this is normal for them. But, to be honest, all the conversation scenes, especially the ones after the immigrant worker’s death, give off the feeling that this vacation is an attempt to resolve some unspoken issue they have, which is unintentionally personified by that immigrant worker.

That brings us to my not-so-basic reading. I think that both Adam and Anna fell in love with the immigrant worker as soon as they saw him and the emotion was mutual. I mean, you cannot just look at a man and a woman standing on the terrace in a semi-clad state, after a night of passionate lovemaking, staring at a semi-clad, oiled-up dude, unable to utter a word, and say there’s nothing between them. Alright, even if you say that that’s a stretch, what are you going to say about the scenes where both of them stare at the immigrant worker, forgetting what they are doing, and Adam straight-up dreaming about the immigrant worker? Yes, the latter can be a result of his guilt for doing next to nothing to save a dying man. But why would that be so extreme? He barely knew the man. As mentioned before, it seems that he exploits his employees. So, it’s not like he is humane in the strictest sense. And there’s something off about him and his wife. Therefore, there’s a chance Adam saw the immigrant worker as the key to solving everything. Right? 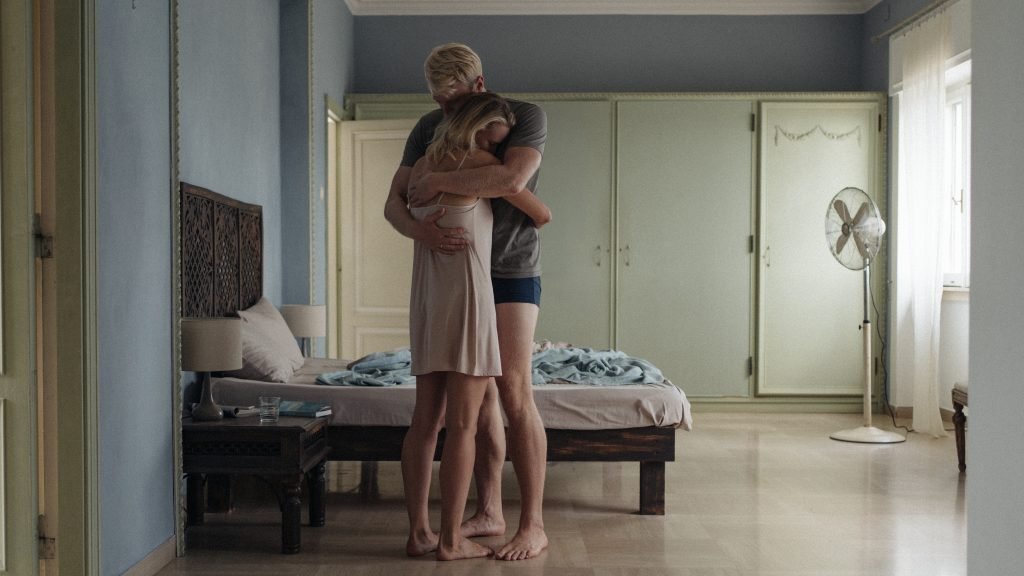 Okay, here’s some more speculation. On the surface, Arnaud and Claire’s place in the story seems off. It seems like they just come and go. But ninety-nine percent of the time, everything in a movie means something. So, if you examine Adam and Anna’s dynamics, you’ll notice that he’s urged to take on a more hetero-normative position, subtly as well as very explicitly. That’s why when Arnaud and Claire come along, a couple who fit that definition, Adam is almost enamored by Arnaud and his way of living. He has a look of admiration and reverence on his face every time Arnaud speaks. He even goes as far as to silence Anna so that he can marinate in what Arnaud has said, thereby inching towards the said hetero-normative role. However, that’s not something he’s meant to be and that internal conflict regarding his identity, mixed with his guilt, makes him break and suffer from panic attacks.

The only bit of criticism that I have against Silent Land is that I feel Anna should’ve been deconstructed a little more. Then her apparent quick recovery from the incident, in comparison to Adam’s, would’ve made more sense. Or maybe that was the intention all along? To show that women, in general, and in this case, are much more adept at compartmentalizing and moving on from a traumatic situation than men, who only talk about doing so. Maybe. Other than that, yes, Aga Woszczyńska’s debut feature is a solid, existential, and dread-inducing watch. It has a very important message for this generation’s upper-class folk who think that taking an expensive vacation will help them get rid of their baggage. Whereas the truth of the matter is that it’s only going to aggravate the weight on your shoulders and make things worse for you and those who surround you. So, instead, consider sitting down and hashing it out.

Silent Land was screened at The 2021 Toronto International Film Festival