Verdict (2019) rests on a simple and effective premise. Pushed to her breaking point, a Philippine wife and mother decides to take her abusive, belligerent husband to court and finally bring him to justice. Despite the truth being on her side, this will be more of a challenge than anticipated.

Watching Verdict unravel often feels like watching a documentary. There’s no background music, so all you get is the real sounds of the city. The film is shot in lots of close-ups and there’s excessive shaky cam. All these stylistic decisions serve to really make you feel like a fly on the wall. Multiple sequences unfold in real-time for effect. The film puts you in the thick of the action. It achieves a mood and atmosphere and makes you a part of it. There’s an ever-present looming sense of dread that’s effectively conveyed.

For all its stylistic merit, the film fails on the count of a gripping courtroom narrative. Because Verdict is not designed to be a fast-paced legal thriller. It’s designed to be a slow descent into the bowels of the legal system and all its bureaucracies. It’s obsessed with capturing the minute details of the justice system. It effectively portrays just how all-consuming navigating this procedural hell is. And by extension, why it’s the last resort for many despite their dire circumstances. 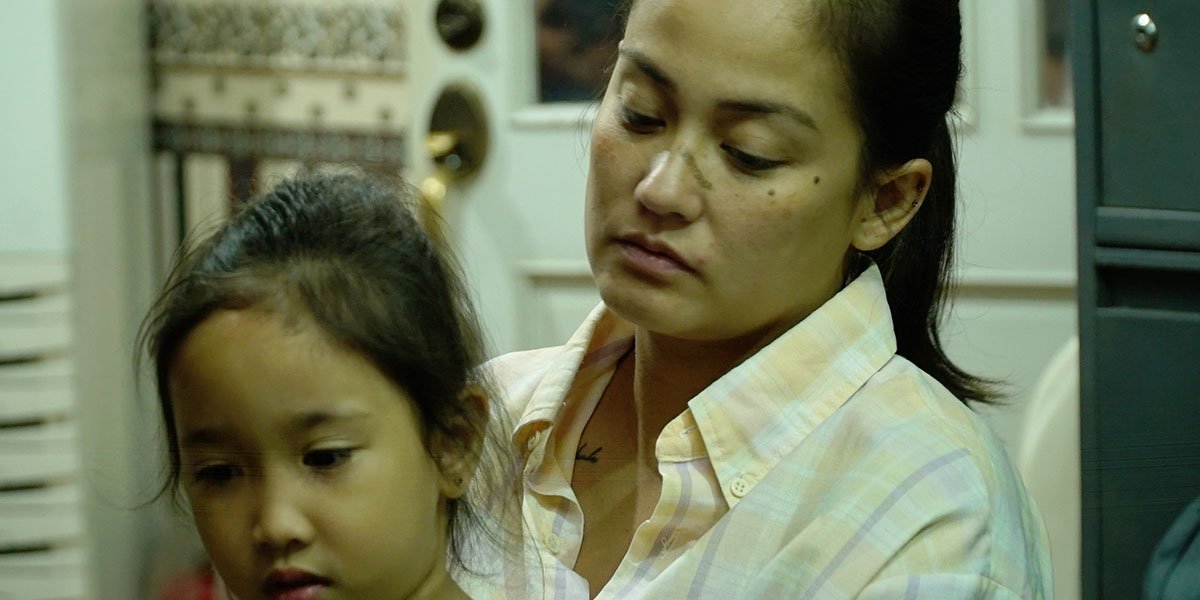 This is also why the narrative is fairly straight forward. There’s no exaggeration for entertainment. No emphasis on impact. Absent twists turn or surprises that one would expect. It’s simple storytelling. The lawyers show up and do their jobs in a competent fashion. Mainstream film and television make the law seem a lot more exciting than it is. This authentic approach, by contrast, is easy to appreciate but hard to engage with.

The characters suffer from not being well developed. They’re written to the extent of serving their purpose in the story. The script cares more about plot and circumstance than making the family at its core one you’re emotionally invested in. The leads are one-note and lacking much personality. The same applies to the supporting players. Despite the limitations of the writing, the acting is quite solid. Maxene Eigenmann and Kristoffer King as Joy and Dante at the center of this story are incredibly convincing in their parts.

I appreciated the filmmaking in Verdict (2019) and its intentions. It succeeds in being an authentic telling of how such a scenario would unfold. However, I did not expect to be bored on occasion while watching a legal drama. I also wished I was emotionally invested in the characters more genuinely rather than just caring because the story told me to. It’s an interesting film that had the potential to do more with its premise.