Santa in Violent Night Stands strong at the Box Office: Another week has come to an end with that, and we get to know which film has been getting love from the audiences and performing well as the box office numbers start coming in. A post-thanksgiving slump at the box office; there have been no new releases of significance apart from Universal Pictures’ Christmas themed thriller-action-comedy ‘Violent Night’ that hit the theatres this weekend on 2nd December 2022.

Directed by Tommy Wirkola, this film stars David Harbour as a grouchy Santa Claus. This former Viking warrior Santa takes on a group of mercenaries who have taken a family hostage. The film received a ‘B+’ rating from the research firm Cinema Score indicating that the audiences will appreciate the film. Made on a production budget of $20 million, the film is expected to $11.8 million in its first-weekend outing itself.

The reign of Marvel Studio’s ‘Black Panther: Wakanda Forever’ is still strong, with it solidly holding on to the top scorer spot at the box office, continuing to receive audience love and massive ticket sales. The superhero film added $4.4 million to its already hefty U.S. domestic collection of $380 million on Friday. It is projected to surpass $400 million soon, making it the third film to do so this year.

Four weeks after its release, the film continues to top the box office charts and is projected to do so for the fifth weekend as well before it gets competition from James Cameron’s ‘Avatar: The Way of the Water,’ which releases internationally on 16th December 2022. 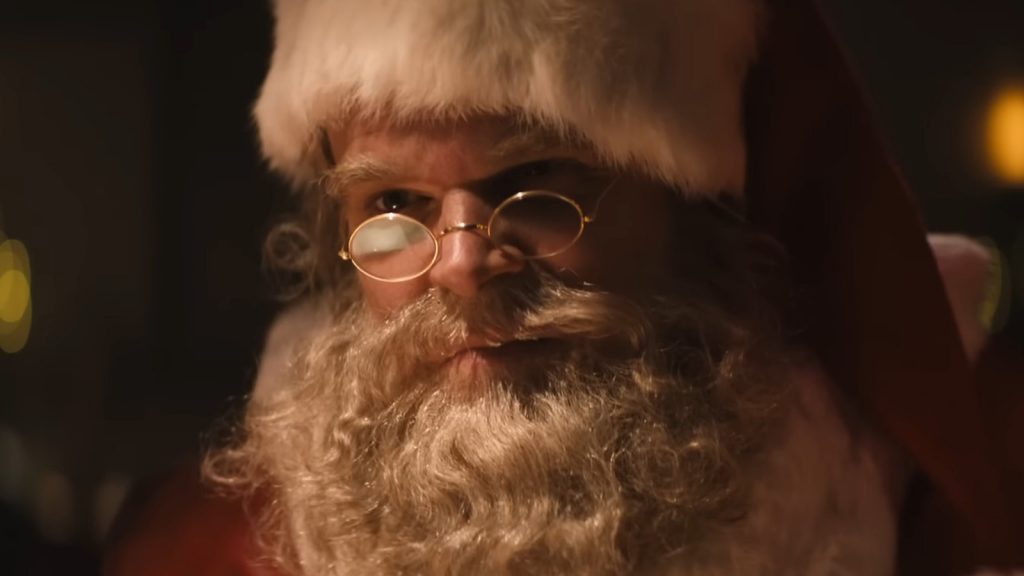 Disney Studio’s ‘Strange World’ seems to be struggling on its second weekend with a significant dip in the ticket sale figures. This animated science fiction adventure film seems to be having a tough journey, with ticket sales of $1.8 million on Friday, which is a significant drop of about 79% from the previous week. Made on a big production budget of $180 million, the studio had high hopes for this animation feature considering the popularity and massive success of year-end animation films in the previous years like ‘Encanto’ (2021), ‘Frozen 2’ (2019), and Coco (2017). The film failed to perform as hoped, and the dwindling ticket sales suggest that it will cost Disney Studios dearly, with projected losses of around $100 million.

Searchlight’s ‘The Menu’ is performing steadily at the box office, with only a drop of 36% in the third week of its release. This Ralph Fiennes, Anya Taylor-Joy, and Nicholas Hoult starrer culinary horror comedy earned $1.04 million this Friday, making its U.S domestic total $22.2 million.

Sony Pictures’ ‘Devotion,’ released on 23rd November 2022, is predicted to be the fifth highest-grossing film this weekend. Based on the true story of Jesse Brown, the first Black aviator in the history of the U.S navy, this Jonathan Major starrer is projected to earn around $2.8 million during the weekend. The film is, however, far off from getting back its production budget of $90 million, with the sales from this weekend only able to add a U.S. domestic earning of $13.8 million.