Hannah Marks has an incredible eye for how modern relationships work. In her directorial debut “After Everything” she explored dependency in love through the lives of a couple living with Cancer. It was also, in a way, about how two young people having to deal with the consequences of premature adulthood. On similar lines, her second directorial venture “Mark, Mary and Some Other People” features a couple that suddenly decides to open up their relationship after a meet-cute and rushed marriage. The result is a film that is occasionally insightful but so full of itself, that it never rises beyond a certain point.

The film opens with Mark (Ben Rosenfield) trying to google what kind of Cheetos would be less harmful to him as he shuffles through a convenience store. Right then, his eyes meet Mary (Hayley Law) who is looking for a pregnancy test. She doesn’t recognize Mark instantly, but on his insistence, jogs her memories to remember that they went to the same school. This is the kind of meet-cute that defines their relationship later, but before that Mary makes it very clear that they will only hang out if her test comes negative. And negative it does!

Related to Mark, Mary, and Some Other People – Sexy Beast [2000] – A Dazzlingly Ferocious Crime Flick

Mark and Mary instantly hit it off. They are both sort of slackers who do odd jobs to keep their lives afloat. While Mary works as a ‘sexy maid’ and does ‘sexy voiceovers’ for clients, Mark walks dogs for a living and is on the verge of making a pregnancy test product with his father that uses spit instead of pee. This and more absurd things define Hannah Marks’ film and the humor that surrounds it. 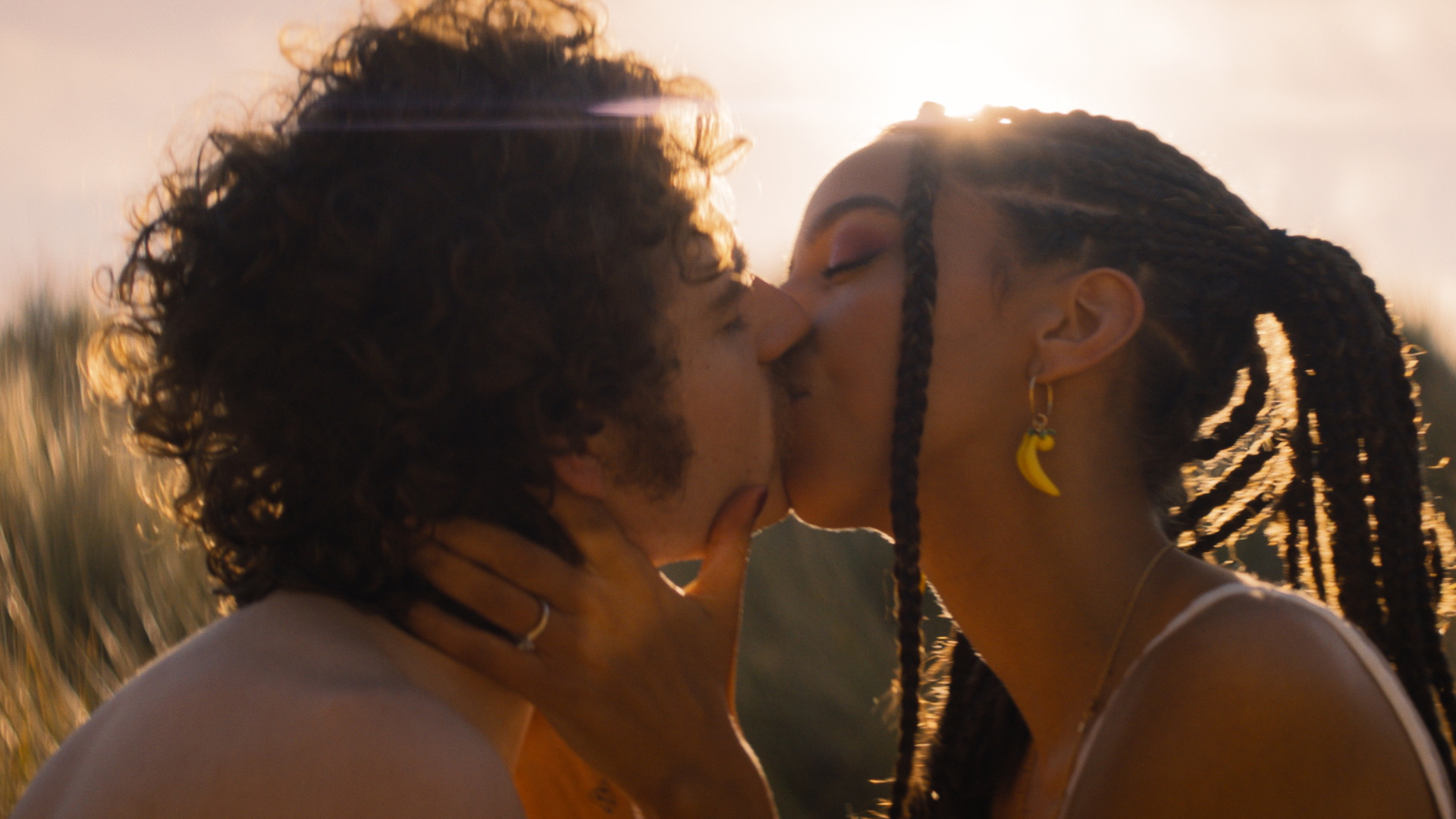 Mary, who is also a part of a rock band is often found searching for odd, sexualized names for her band. Mark mostly hangs out with his two geeky friends who have zero personality but want to get laid. Since Mary and Mark get married because they fell head over heels with each other, their transitioning from being young people to adults wasn’t completely cohesive.

Mary, in particular, hits a kind of full stop. While her life with Mark is super nice, she finds that she lacks excitement. On being prodded by her two best friends, Mary randomly decides to propose the option of an open relationship to Mark. Mark being a straightforward, nice guy is initially reluctant but agrees because he loves Mary.

This is where the film gets into its mojo. Unlike other films that feature couples opting for open relationships, Mark, Mary, and Some Other People doesn’t feel overtly judgmental of the two parties. It is neither conservative nor reductive of the choices made by the characters. This narrative turn makes Hannah Marks’ approach pretty fresh. In fact, this is a truly sexy feature that takes non-monogamy to bring a more constructive conflict in modern relationships – the idea of taking life seriously.

Since both Mark and Mary are stifled in their life, they feel like they are still kids hustling through the corner of their streets. Hannah Marks throws in some pretty insightful anecdotes about how young people act in the contemporary world. She has a sharp eye for presenting cutesy characters in real-life problems. However, in this film, it feels like her ideas hit a roadblock halfway through. 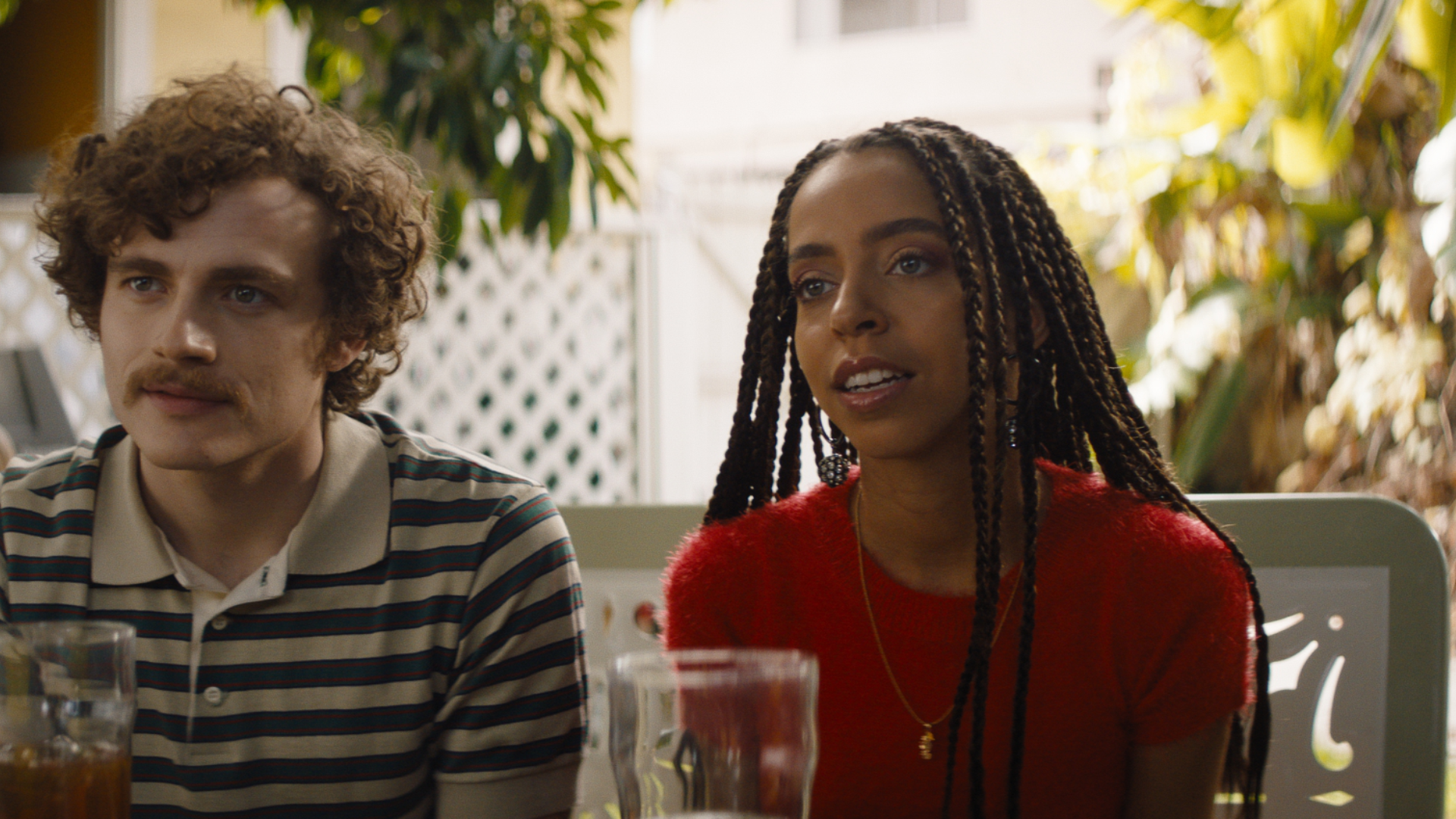 When it’s time to really bring on her A-game, the director stumbles. She is unable to build on her premise and the third act feels like a disjointed amalgamation of half-realized ideas. The writing – which felt sharp for at least the first leg of the film, hits the ground and limps towards a finish. The humor might comes of as laugh-out-loud funny for a lot of people, but I found myself sitting there in dismay as characters try their best to say something witty or forced-feed the screen with physical comedy.

The tone of the film is also completely all over the place. It goes from being sitcom-y to sexy banter to a serious drama but not seamlessly. One can feel the sudden shifts in the narrative and the way things are perceived. This derails the kind of feeling one goes into the film.

Related to Mark, Mary, and Some Other People – Waterland (1992) Analysis: A Subtle Apocalyptical Critique of the Episteme Called Human

The acting by the two leads is mediocre at best. While Ben Rosenfield comes off as a charming, awkward guy all of us know, it’s hard to understand or get behind Hayley Law’s Mary. Not sure if it’s the writing that gives her a sort of psuedo-edginess or the way she emotes her, something doesn’t really stick here. The rest of the cast also tries really hard to give their two cents but nothing really stands through its 90 minutes runtime.

“Mark, Mary, and Some Other People” feels like a random arrangement of comic gags that mostly don’t land. While it might be quite perceptive of the generation and time it is set in, the conflicts and their resolve feel half-realized. This is especially disappointing because Hannah Marks is a talent that I can put my money on. But here, I know that I will lose.