8 Films to Watch If You like ‘Blonde’ on Netflix

‘Blonde’, starring the vivacious Ana de Armas has finally been released on Netflix. While it was officially slated to release a couple of weeks back, the date was pushed due to unknown reasons. It has been heavily billed as one of Netflix’s biggest original films this year and certainly lives up to that expectation. While it is not the grand celebration of Marilyn Monroe’s glamorous life, it definitely ranks as a polarizing account of the industry icon. She was probably one of the first celebrity stars that made others quiver with her aura and image. Her notoriety in her personal navigation of fame and male attention is fully brought out with an enduring touch in Blonde.

But to prospective suitors, Blonde isn’t a conventional biopic. It has been reimagined in a dark, horror-like setting with an unusual story twist. We have compiled a list of some films like Blonde on Netflix that you must watch. If dark biopics are your thing, these picks should be right up your alley. 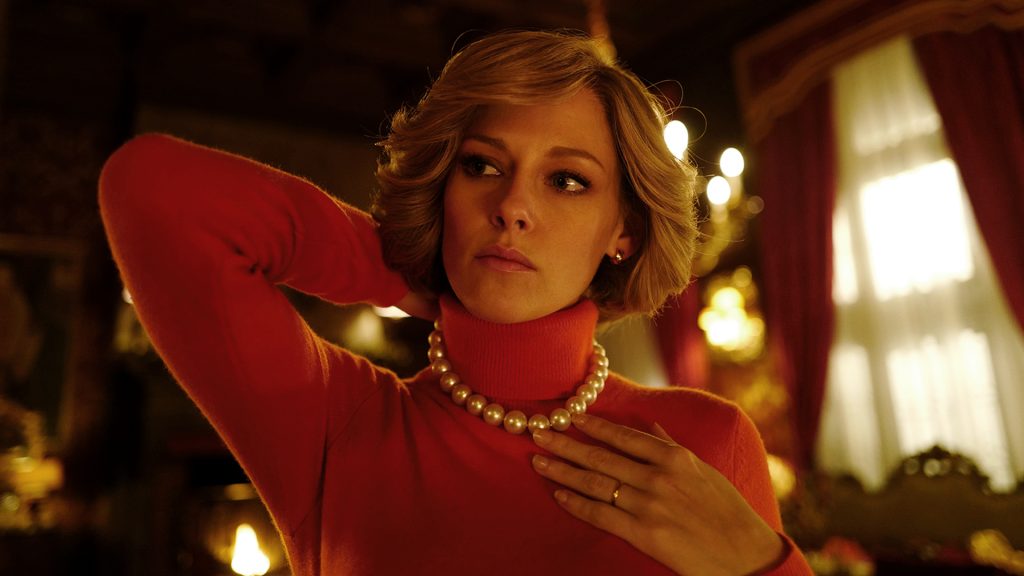 Kristen Stewart became Princess Diana in such emphatic fashion, telling the difference between the two would have been tough. Even for Diana herself, if she could have seen her perform. ‘Spencer’ is unlike any movie about the cherished royal iconoclast. It does not profess a liking to commonplace ideas about filmmaking, especially using the elements of time and space. Watching the film you will feel like you’re on a time continuum, where the idea of going ahead with these metrics is an illusion. Spencer casts a trance where it plays out like a nightmarish daydream you desperately want to end. This is the first of Pablo Larrain’s films to feature on this list.

To compare it with Blonde in terms of the quality of filmmaking would be amiss. The former clearly has the buck over the latter. But ‘Blonde’ has its own restrictions within which it performs admirably. And, watching Blonde will take you to Spencer eventually if you read this list. Win-win-win. 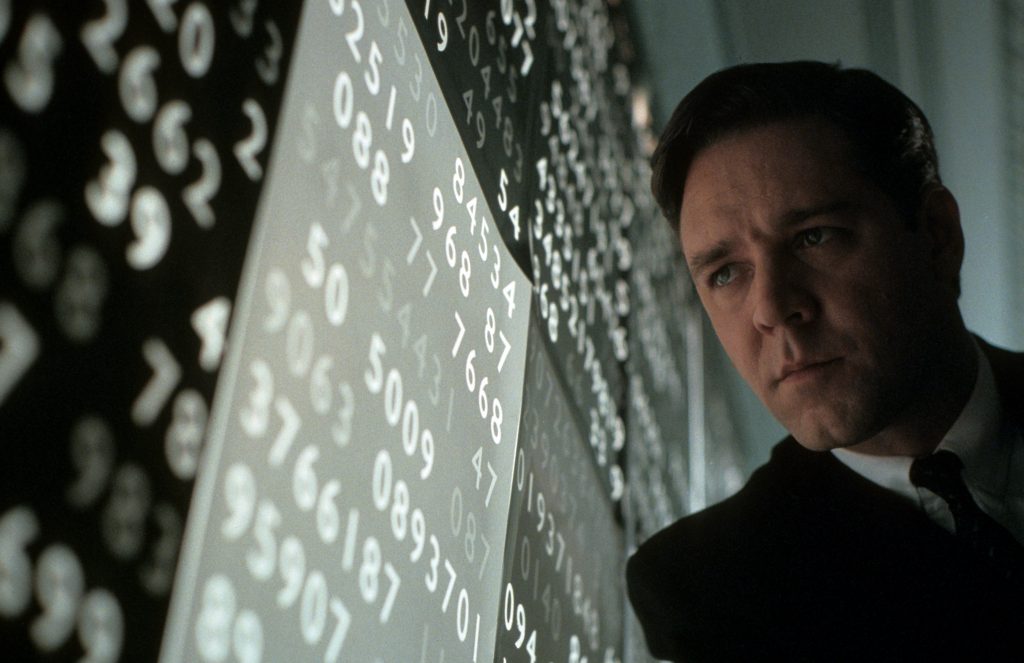 Whenever a list for biopics is made or even just good films with an unconventional character study, ‘A Beautiful Mind’s name will pop up. It was arguably one of the most scintillating accounts of a real man’s life told without the structure and tenor of the written word. We saw the genius of John Nash utterly destroy him and fade as his hallucinations became stronger. All of that came and went by with a visual splendor untouched by plain vanilla-like exploration of his life. A Beautiful Mind is less factual and more fastidious about Nash’s disease becoming his prison. It places you right into his mind of how things work for him.

In ‘Blonde’, director Andrew Dominick does something similar. Like ‘A Beautiful Mind’, ‘Blonde’ subrogates you to the polarizing world around Monroe and how controversies consumed her sanity. Monroe probably was a genius in her own right, using her femininity in a modernist mold. She exploited her charm and good looks to create a legend of herself, doing all of this while taking emboldened steps in her acting career. It is difficult to go past this Benedict Cumberbatch starrer when it comes to deeply personal biopics told with a dark twist. Though the connotations of dark needn’t necessarily be negative. In this case, they certainly aren’t. In my opinion, this was one of the most overlooked films released this year to the masses. Many didn’t take a liking to how it unraveled the love for cats of Louis Wain, whose work has managed to make its cherished place in modern pop culture. His declining mental state was one of the reasons for this creative choice, which director Will Sharpe defiantly stands by. It lends a quaint style and feels to watching Wain’s life unpack in front of us.

Similar to Movies like Blonde: 5 Underrated  Films of Benedict Cumberbatch Baz Luhrmann’s electric homage to the king of rock ‘n roll is one of the year’s best films. Austin Butler brings to life his magnetic persona and ambition to revitalize the music genre. Through Presely’s character, Lurhmann does not create a cultural icon’s ebbing and flowing life. We do not see Presely rising through the ranks and trailblazing the music industry. Instead, he uses the opportunity to explore and probe the idea of chasing the American dream beset with glam-filled excesses. ‘Elvis’ is not a straightforward biopic like ‘Blonde’ and in a similar manner, subverts tradition to carve out a compelling piece about human nature affected by consumerism and commerce.

In fact, ‘Blonde’ does the same. Those dark spaces in Monroe’s glittering life in the media were highly documented but never brought out in this manner. With ‘Elvis’, you will get to see the same tonal consistencies that make the difference. There’s so much yet to learn about his controversial and “larger than life” image but ‘Elvis’ isn’t the movie to go to. Why does Pablo Larrain feature on the list twice? Well, I ask you this: why not thrice? The Chilean filmmaker has a gift and obsession with intense, uncompromising portrayals of humans in their most vulnerable states. Try to compare what part of Diana and Jackie’s lives he brings to life. The precision in his vision is what separates his biopics from the standard material we see every year. In ‘Jackie’, Natalie Portman gives an award-winning performance as the grieving widow of John F. Kennedy. But there’s hardly any substantial probing of the event itself but the aftermath. Those moments are some of the toughest a bereaved loved one has to go through. Irrespective of class, faith, or social status, death hits all of us the same.

Although ‘Blonde’ does not hover around the subject of death, the harrowing way it unfolds reminds one of ‘Jackie’. These two films share a similar tone when it comes to storytelling and visual aesthetics, and the similarly haunting, beautiful central performances by two actresses at the peak of their powers. Marlon Brando is one actor who is talked about by his peers as if he was a legend from mythical folklore. His distinct aura and charm off the screen befuddled almost everyone he worked with. In fact, an account of all those experiences accrued in a sharply edited feature would look good. ‘Listen to Me Marlon’, though, is an account of Brando’s thoughts about random stuff out there that exists as matter in his own words. The documentary completely gauges insights from Bardno’s tape recordings in various public and private forums. He is like Travis Bickle recording his thoughts in his diary. We hear the tapes on screen as well, where Brando’s serious-mindedness and immensely peculiar train of thought are revealed.

Just like ‘Blonde’, ‘Listen to Me Marlon’ professes a crash course in how to make an interesting biopic without following the traditional path. It pays homage to an iconic superstar of his generation, whose legacy has carried on through the decades, immortalized in time with some of the most memorable cinematic performances ever. 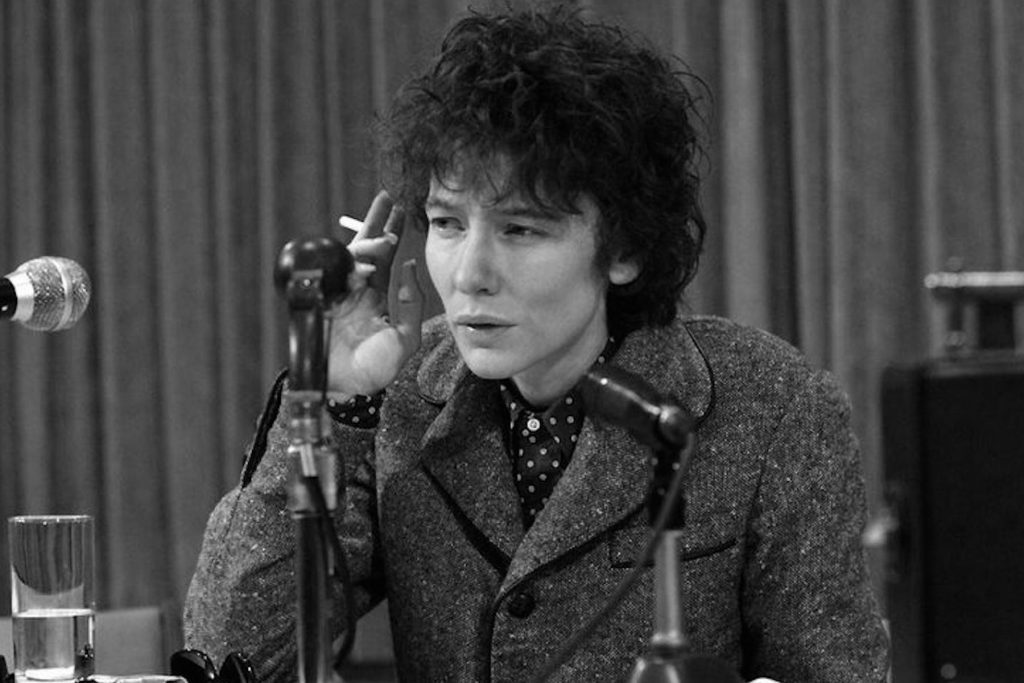 This Todd Haynes feature is arguably a unique marvel that never deprecates on rewatches. It offers variety from a character standpoint, while also doing justice to the life of the man it reanimates on screen. The many shades of Bob Dylan in ‘I’m Not There’s colorful palette are tantalizingly close to emanating the music icon’s own personality. Admittedly, it is not the most accessible of films to Dylan’s own journey or industry standards. It lives to serve Haynes’ idea of sculpting a good movie with interesting characters offering enough emotional depth to find many suitors. Like ‘Blonde’, the film celebrates the life of its major star without actually telling us how they got there. Both set of films engineers their worlds in ways we as viewers only have to analyze the story we see unfolding in front of us and not the derived idea from mainstream media.

Related to Movies like Blonde on Netflix: 10 Best Performances By Cate Blanchett 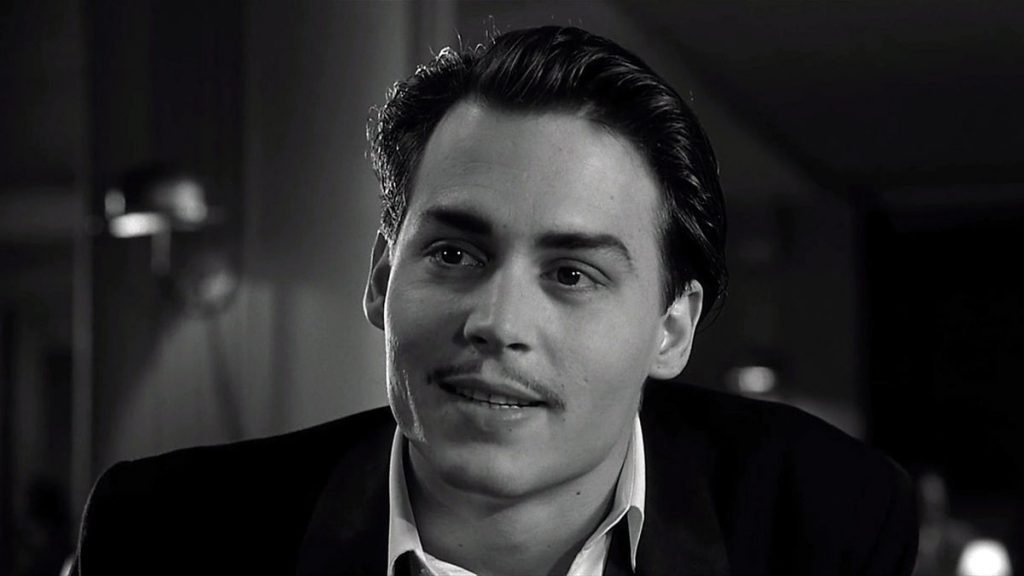 It will probably not be too wrong to compare ‘Ed Wood’ with ‘The Disaster Artist’, which could have probably made it to this list as well. Edward Wood was notorious for dabbling with creative ideas that didn’t seemingly have the potential to sway critics used to quality filmmaking. Instead, his bizarre vision to approach the craft took him to places that produced content forcing people to coin the phrase “so bad that it is good”. A cult was fleshed out around his eccentric work and personality, leading Tim Burton to make this genuine Johnny Depp-led biopic. Unlike most of his other works, ‘Ed Wood’ is grounded in the unimpressive facade of reality, and surprisingly, Depp’s performance in low-gravy theatrics.

One of the most defining quotes about the film that likens it to ‘Blonde’ is this one by Burton. “It’s not like a completely hardcore realistic biopic. In doing a biopic you can’t help but get inside the person’s spirit a little bit, so for me, some of the film is trying to be through Ed a little bit.”

BLONDE IS NOW STREAMING ON NETFLIX. STREAM IT HERE

8 Films to Watch If You like ‘Blonde’ on Netflix