The elevated mommy-brain subgenre has had some kind of resurrection as of late. If the HULU Original film “False Positive” was not enough, we have another debacle in the name of “The Shattering” (also known as Morok) directed by Daria Nazarova. It is a tale of a woman deeply troubled with her own mental well-being. So much so, that her reality and that of the film are all muddled in a dilapidated manner. Nazarova’s film plays most of the cards right when it comes to keeping it low-key as paranoia slips in. However, the execution and the acting are so ghastly, that with each passing minute this becomes an exhausting exercise.

The overreaching but simplistic plot revolves around Claire (Murisa Harba). A financial advisor who is now suffering from some kind of agoraphobia, coupled with internal, mental decay. The reasons for her state are kept deliberately ambiguous from the viewer but Nazarova’s foreshadowing is so docile that one can figure it out within the first 10 odd minutes.

Related to The Shattering – Who You Think I Am [2020] Review: A layered physiological fallout due to Catfishing

Anyhow, the film beings on a certain day that is marked by Claire having sexual intercourse with her husband Eric (Timothy Ryan Cole). This early morning is shot in a gleefully lite interior with an exuberant white tint. This is until Claire goes downstairs and makes her coffee. Before we know it, she is flipping pages of her daily journals ticking things off from a list. While this is a nice way to bring out Claire’s disarranged mental state, the director chooses to close-cut these sequences with flashbacks. 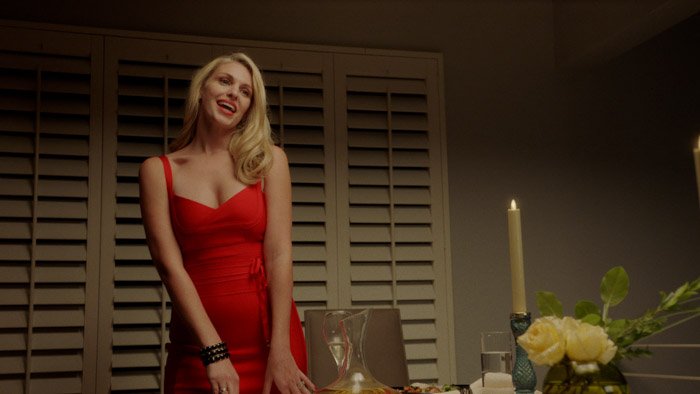 The clocked-in, present-day frame is replaced with a time where we see Claire completely shutting herself off from her husband. Herein, the character of Monica (Charlotte Beckett), Claire’s psychiatrist, is introduced. At this point, Monica agrees to come to the house to take Claire’s session instead of her going out to her office.

The film again cuts to another flashback where Claire and Eric are having dinner and it is one of the first bad days that we are introduced to. While these slight cuts clue us into the central character, cutting back and forth doesn’t do anything perpetually right to the narrative except maybe make the film a little more investing.

That said, the present day is reintroduced and Claire is having a hard time making sense of the strands of hair that she finds in and around her husband’s bag.  As doubts set in, we see a side of Claire that wasn’t visible before. She swiftly phones her mother and in spite of reaching her voicemail, she chooses to talk to her as if she is having a regular conversation. 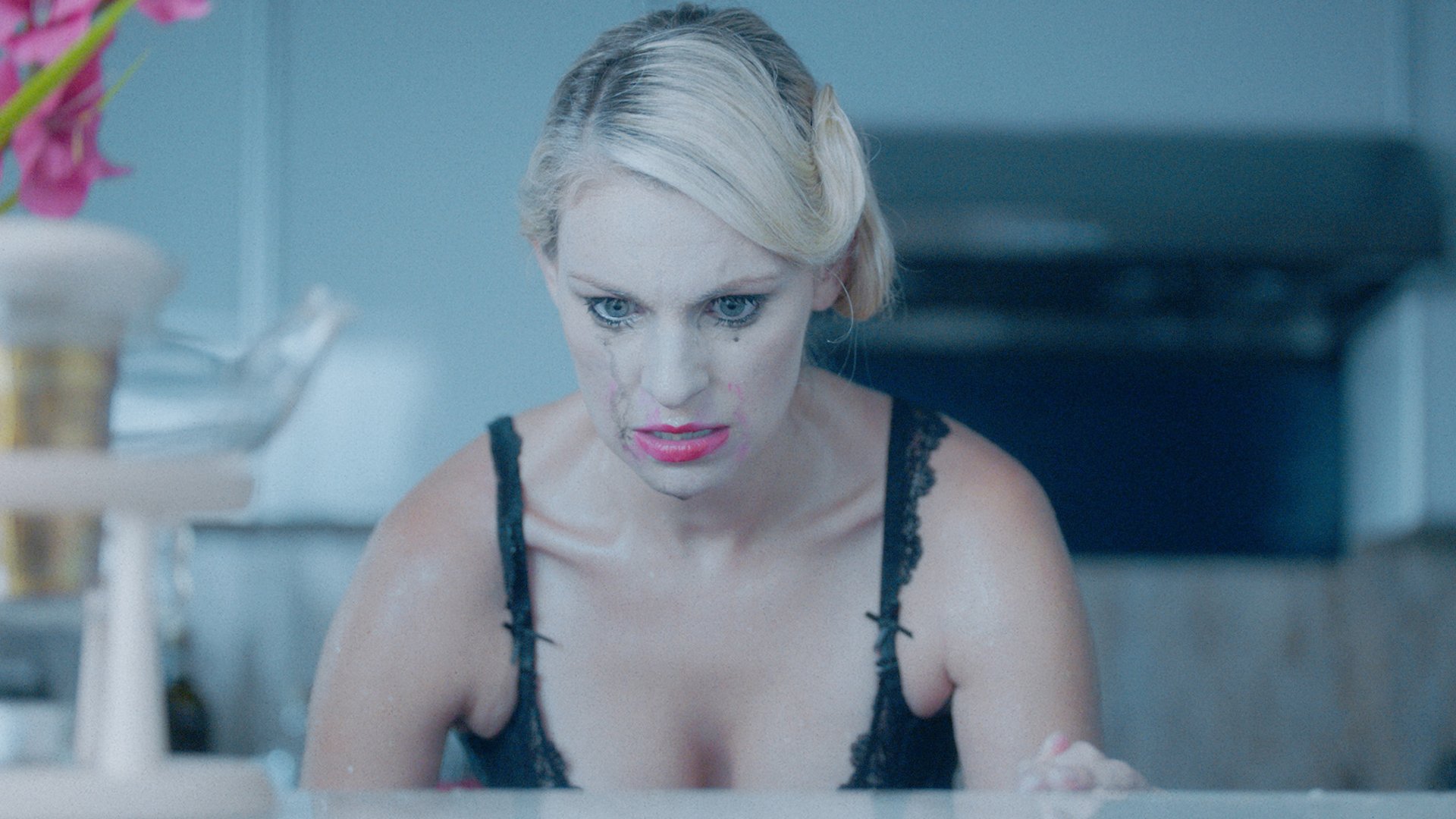 The audiences are slowly brought in on more reality-swapping instances within the house, but this psychological drama remains devoid of any kind of deranged do-overs. The writing in, particular suffers to make use of the non-linear narrative it chooses to tell the tale with. These characters feel unrealistic and the bad acting from pretty much everyone (sans Timothy Ryan Cole) brings this house down in smokes.

The Shattering relies heavily on these key players and the trauma they carry within themselves. Murisa Harba fails to capture the essence of this woman with a troubled mind. Her scattershot aim at showing emotions or her breakdown moments are unintentionally laughable. Leading the entire focus of the plot feel like a waste.

This brings to the conclusion that the film could have worked better if it focused more on Eric’s lack of understanding towards his wife’s dissipating identity, instead of showing this woman’s paranoia. While Nazarova hints towards that, she leaves this dramatic cue for a more thrilling and bleak climax. She doesn’t just fail to stick the landing, but she also promptly leaves the viewers ashtray by leaving this low-budget domestic drama feel like a lost cause.

Dug Dug [2021]: 'TIFF' Review - A satire on religious faith, myth making and the politics of it all