A significant portion of one’s nostalgia lies in films and music. For example, watching Baby’s Day Out ignites a peculiar emotion in me that no other film does. And I am certain it is the same for you because it is one of those films that have shaped our childhood. Most of this cinematic nostalgia lies in national films. For example, most Indian millennials would have grown up watching Andaz Apna Apna, Dilwale Dulhania Le Jayenge, and other classics from Bollywood. Most Americans would have watched The Lion King and other animated gems from Disney. Sadly, things were a little different growing up in Pakistan. Now, that I think of it, there was not a single cartoon or any Pakistani movies that I watched in my childhood that showcased my culture, my nation, or my socially accepted philosophies.

As far as I can remember, my childhood is filled with Indian classics, American cartoons, and Japanese anime watched on Toonami. But, why was it that I never watched any Pakistani movies? Well, because in my childhood, the Pakistani film industry was in shatters. There was not a single, meaningful or remotely entertaining film being produced at the time. The “Why” of it all is not our discussion as of now, but our discussion today is of a brighter future of the Pakistani cinema. The Pakistani cinema initiated its revival with Shoaib Mansoor’s Khuda Kay Liye, and since then; the Pakistani cinema has been slowly sauntering towards grace. And if continued, it would mean that the next generation would have their own national cinematic nostalgia to enjoy.

Ironically, if you search “highest-grossing Pakistani movies” on Google, you wouldn’t find a single name from this list (except Teefa in Trouble). The reason being, most of these films are either ahead of their time – as the Pakistani audience has not matured to that level yet, or they’re too artsy for the average viewer. Nevertheless, these are definitely films that have laid the, much needed, groundwork for future generations of Pakistani artists to flourish on.

So, let’s have a look at 10 of the most essential movies from contemporary Pakistani cinema that are shaping the country’s cinema for the better: 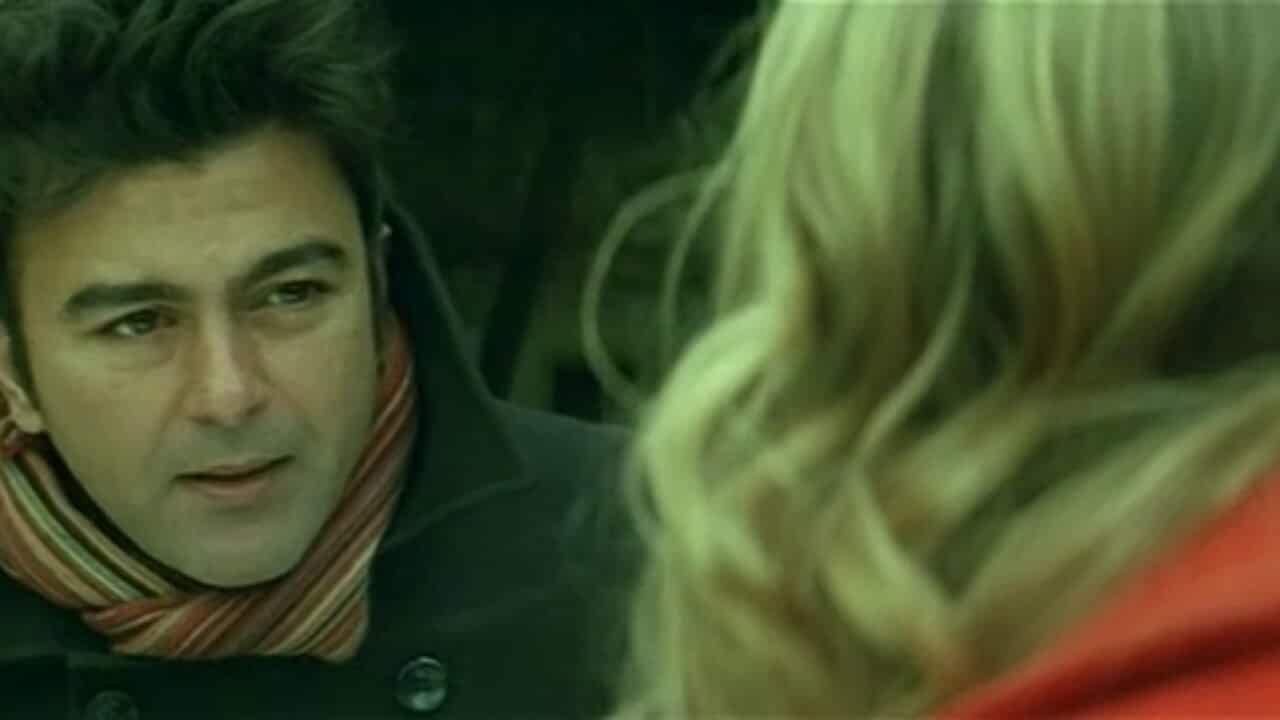 Syed Sibte Hasan, one of the pioneers of Socialism and Marxism in Pakistan and an integral member of the Progressive Writers Association once said: “If artistic consciousness does not relate to social consciousness, the art remains half-finished.” Judging from Syed’s perspective, Shoaib’s debut feature Khuda Kay Liye (In the Name of God) is one of the only Pakistani cinematic expressions that can be rendered complete.

The film follows the lives of two singers, Sarmad (Fawad Khan) and Mansoor (Shaan Shahid) from Lahore, and how they find themselves strangled in the socio-religious tensions after the 9/11 attacks. The film explores a wide range of social issues ranging from religious extremism to personal growth, from islamophobia to forced marriages.

Shoaib does a spectacular job at painting a broad cinematic picture that tries to truthfully portray the perspectives of all the characters involved. The film also features a cameo appearance by Naseeruddin Shah, that shouldn’t be missed. Adding to such a complete work of socially conscious cinema is the enthralling composition of Rohail Hyatt.

“Jab khila nahi saktay, to paida kiu kartay ho?” (If you cannot feed us, then why did you bring us to the world?) Even after all these years, whenever I hear this monologue from Bol I get goosebumps. Bol shares the story of the family of a local cleric who is left devastated at the birth of a transgender son. Wanting a son to share the financial burden, the cleric begs God for a son but after six daughters God plays a sick joke by giving him a transgender son.

The film is filled with extremely bold and controversial topics such as transphobia, religious extremism, and patriarchy. It baffles me to this day, how such a bold movie could have premiered at the time when people were still quite conservative. Bol is by far, one of the best drama movies to have ever been produced in the Pakistani Movie Industry.

Laal Kabootar is by far the only Pakistani thriller that remains true to its core as the portrayal of Karachi in the dark days is spot on. It is one of those thrillers that grip you from the very first scene. And as far as the story goes, the dominos start falling with the daylight murder of a renowned journalist. Laal Kabootar is about the lives of an Uber driver (daydreaming of going to Dubai), a fresh widow, a corrupt cop, and a shady businessman and how their paths intertwine. It’s a story about loss, dreams, anger, love, and responsibilities.

It would be wrong to say the film does not have flaws, but these flaws are not the ones that cannot be forgiven. Lastly, I cannot help but praise the film’s soundtrack composed by Taha Malik. The soundtrack unifies traditional folk with punk techno to produce something that respects its roots while also appealing to its young listeners.

“Cake” is a bold family drama which is exactly why it is one of the most essential movies of contemporary Pakistani cinema. It’s a story of two old lovers, a dark past, forgotten dreams, broken promises, deceit, and most importantly, redemption. The  film is filled with beautiful shots, stellar performances, and a compelling story with a sprinkle of dad jokes.

It is one of those films that remind you of how important family is and why it is so important to try to communicate and understand each other. Cake will make you laugh, smile, cry, and anxious all in its 125 mins ride. Not only that, but Cake is one of those movies that stays with you long after the movie has ended. Wherein you contemplate your own life choices and relationships. 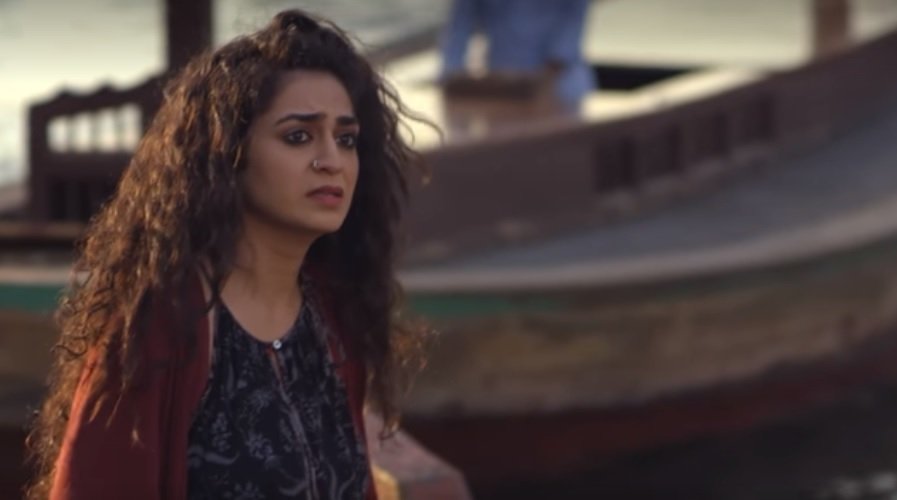 Pinky Memsaab is a heartfelt drama about an innocent village girl who finds herself in an upper-class Dubai household. The protagonist, Pinky moves to Dubai to work as a maid to ease the financial burden on her family. She starts working for a Dubai-based writer struggling to work on her next piece. 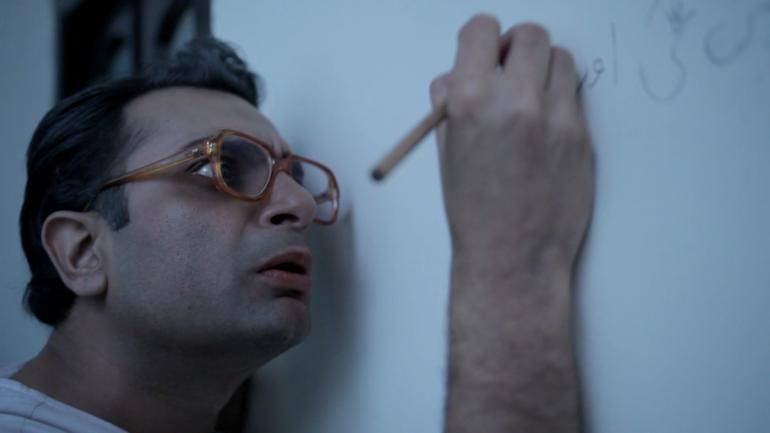 “Who is the greater writer, God or he?” The words above are engraved on Manto – one of the greatest short story writers’ epitaph. Manto is not a film in its traditional sense. It is an artistic expression of love, appreciation, and understanding from one artist (Sarmad) to another (Manto).

Sarmad is regarded as the most eccentric artist in the Pakistani film industries and it did not come as a shock that Sarmad was the one playing Manto in the film of the same name that he directed. Honestly, I was not aware of Manto’s greatness before Sarmad’s film. But after watching such a broad portrayal of all the major aspects of Manto’s life something compelled me to study on this writer and I was revealed to some of the best Urdu literature to have ever been produced.

After reading Manto a great deal, I came to appreciate the film even more as it does a fine job of capturing Manto’s personality. The film is for anyone that wants to know about the writer’s life, his journey, his troubles, the socio-political conditions of his era and above all to understand his awe-inspiring craft as an artist. 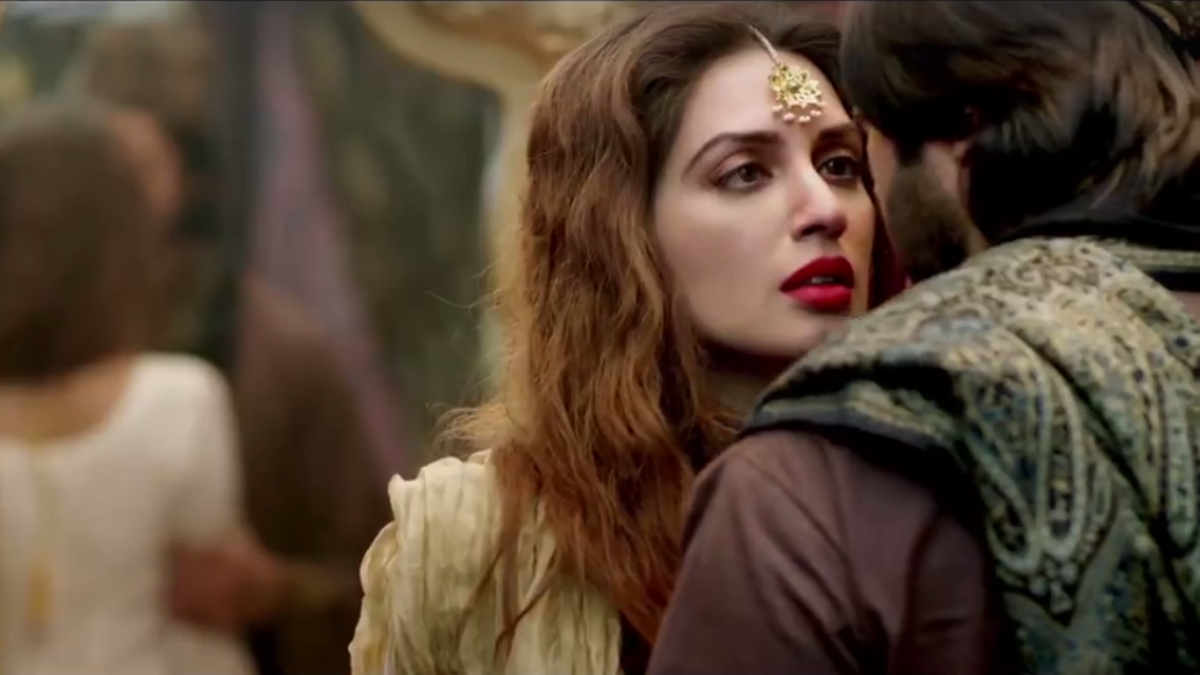 Mah e Mir is an offbeat film that celebrates Urdu – its madness and its beauty. The film is about Jamal – who is an overly-critical poet and newspaper columnist that has no regard for traditional poetry. The story relates Jamal to Mir Taqi Mir – an 18th century Urdu poet known to be among the pioneers of the language itself.

The film discusses various literary concepts and has several beautiful sequences that would keep you hooked. However, Mah e Mir is not perfect. While it has beautiful yet powerful visuals, it is overly literary (with its excessive use of literary terms) making it harder for an average viewer to watch. Similar the acting is great but the choreography lacks grit. If you are a lover of Urdu language or have a sweet spot for poetry, this film might be something you’ll regret to have missed.

Moor is a beautiful ode to the honest workers that do not stray from righteousness. Shot (partly) in the hauntingly beautiful locations of Baluchistan, Moor tells the tale of a station master caught in a war within himself.

Jami’s stellar direction, Strings’ haunting soundtrack, and Anwar Maqsood’s lyrical prowess overshadow the subtle issues in the screenplay. Even though Moor features several new actors, it is filled with powerful performances that strengthen the film’s portrayal of a person’s internal battles and the struggle for righteous living.

Also, Related to Pakistani Movies – Made in Bangladesh [2019]: ‘TIFF’ Review – A Colorful Empowering Film for Women Around the World

Teefa in trouble is probably the only high-grossing, big-budget, all-inclusive film on this list. It is a film that you go to the cinema to watch with your friends or play it on your Netflix to have a fun night with your family. It is an action-comedy that is, in no way ground-breaking or unprecedented. Nevertheless, it still surpasses its rivals such as “Jawani Phir Nahi Ani” and its sequel when it comes to dialogue delivery, grace, originality of the jokes, and sanity of the storyline.

Even with a predictable storyline of a local gangster falling in love with the girl he was sent to abduct, the film does not fail to retain its originality. The only reason Teefa in Trouble features on this list is that not only is it one of the only Pakistani movies with jaw-dropping production design, but it also has some of the best action sequences you will ever find in a Pakistani movie.

Watch Teefa in Trouble on Netflix Zinda Bhaag is a low-budget, underrated gem that couldn’t get the limelight it deserved. However, it has garnered well-deserved respect from the critics as it bagged four awards at the International South Asian Film Festival in Canada and a ‘Special Jury Award’ at the Jaipur International Film Festival.

The film narrates the tale of three friends from Lahore who come from a lower-middle-class background. They come with a belief that the solution to all their financial problems lies in going abroad. The three friends – in their unique ways, try to attain the same dream but get jumbled up in various troubles that their life and city throws at them.

Zinda Bhaag, with a marvellous screenplay, manages to authentically capture the hardships faced by individuals who have to bear all the financial burdens and responsibilities thrown upon them. The film shows how they are often left alone as no one, not even their families, are able to understand their position. Zinda Bhaag is a great artistic tribute to the authentic culture and the people of Lahore.