The Banshees of Inisherin (2022) Review: What’s fitting about Martin McDonagh‘s latest tragicomedy, The Banshees of Inisherin is how firmly it’s rooted in the natural world. Frames of animals and landscapes scatter across a narrative fundamentally focused on humans. It’s nothing innovative, but it serves well as a reminder of the heights our vanity can reach at times. A certain level of immaturity remains with us throughout our lives, and it contrasts heavily with the grace of our surroundings.

The backdrop of the Irish civil war, reflective of the central relationship, accentuates the notion that no matter how large our disputes, life, and nature both go on. This indifference creates a potential for hopelessness, and McDonagh doesn’t shy away from that. Instead, he meanders effortlessly between the extremes of solitude and humor, resulting in a delightfully seamless film of disparate tones.

Reuniting with the lead duo of his 2008 debut feature, In Bruges¸ McDonagh employs one of the most ostensibly simple yet thematically dense premises of his oeuvre: an abrupt end to an enduring friendship. Without explicit reason, Colm (Brendon Gleeson) severs his bond with his Pádraic (Colin Farrell). However, Pádraic’s wiser sister, Siobhán (Kerry Condon), proposes the amusing plausibility that he just doesn’t like him anymore. This decision is, in fact, driven by Colm’s fear of death, a realization of his mortality, and the desire to figuratively conquer it by leaving a musical imprint on the world. His scenes of confession, both funny and poignant, directly allude to the same from In Bruges and feature him admitting two sins of interest: despair and pride. Both are intertwined; his pride blinds him from genuine self-reflection and sustains his obstinate despair, leaving behind those who cared for him the most.

Unlike other works that have extensively explored prideful despair, namely Paul Schrader’s First Reformed, this film is not a study of one person but rather two. So it also recalls the likes of The Social Network in its examination of friendship.

Perhaps this link to David Fincher’s 2010 masterwork is arbitrary, but there are clear elements that both films share. Fincher’s perspective from the derisive half of a friendship juxtaposes McDonagh’s from the more naive half, but ultimately both narratives focus on two people who need each other yet share a detrimental relationship. One common key idea is that we hurt others in the ways we’ve been hurt: Pádraic’s disdain for Dominic (Barry Keoghan), the village idiot, matches Colm’s disdain for Pádraic.

Eventually, Pádraic’s innocence vanishes, giving way to vengeful rage, but alongside his sorrow-turned-anger, introspective loneliness deepens his pain. What’s particularly tragic here is that a similar isolation-driven pain veils itself behind Colm’s nihilistic dilemma and Dominic’s childlike mask, steering them toward an enveloping misery. Their respective cloaks of stoicism and foolishness thin down over time, revealing an underlying tenderness that makes the misery cut deeper. These are the depths of melancholy that McDonagh reaches, only to tinge it with comedy and still somehow avoid any hindrance of either. That makes it one of the year’s best films for me.

Since In Bruges, McDonagh has made a clear change in his formal approach. In Bruges was a morality tale, a story of the goodness in bad men. There, Catholicism encircled characters confronting guilt and redemption, fluctuating between heaven and hell, thus establishing Bruges as purgatory. Here, the biblical images form a part of an existentialist undertone rather than an ethical one. So McDonagh polishes his early textures, shifting his style from urbanized medieval grittiness to rural majesty while still remaining noticeably grounded.

He collaborates with cinematographer Ben Davis and puts the locational splendor of Inishmore and Achill Island to good use. Sweeping their camera across the skies and through scenic interiors, the artist’s craft compositions of muted lighting, baroque imagery, and even some moody Nighthawks-esque moments at dusk. Composer Carter Burwell’s quietly fantastical score, which elevates the folklore qualities, and the cast’s expectedly perfect performances also complement the heartrending experience.

The aforementioned frames of nature may render human emotion futile, but they also punctuate this journey of laughter, vulgarity, and sorrow with visual bursts of Malickian poetry, reminding us that there’s still beauty in the world. There’s a shot closer to the end of the film that places the ominous neighbor Mrs. McCormick (Sheila Flitton) at a distance from Pádraic and Colm as she looks over them. It’s as if death eternally watches both friends, promising to separate them one day indefinitely, but it hasn’t caught up with them yet, and so hope still exists even in the bleakest seas of despair. Like in his previous feature, Three Billboards Outside Ebbing, Missouri, McDonagh continues to see the good in people despite their intrinsic messiness and makes it discernible to the audience.

Where To Watch And Stream Colin Farrell & Brendan Gleeson’s New Movie ‘the Banshees Of Inisherin’ Online?

The Banshees of Inisherin (2022) Official Trailer

Where to watch The Banshees of Inisherin (2022) 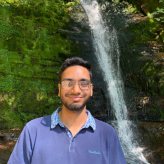 A UCL economics student and a passionate film critic. Constantly practicing cinephilia and exploring other areas of interest, such as philosophy and psychology, are some of the things I like to occupy myself with