(adsbygoogle = window.adsbygoogle || []).push({});
It’s a peculiar oxymoron when a film is so bad, it’s good. Filmmakers and storytellers put their earnest hard work into their films, trying to impress and entertain the audience. But the technical ineptitude, the lack of clarity, and the overall bizarre sense of “what kind of mind made this??” can produce something equally as entertaining and engaging as a properly good film, though through a much different avenue.

Typically, so bad, it’s good films (abbreviated as SBIGFs) are non-comedy films that are appreciated by viewers as comedy films. Filmmaking fans may get a kick out of the technical follies, such as continuity issues, bad dubbing, inconsistent sound, rule-breaking camera-work, and horrendous special effects (and not the good kind of special).

But what the world of comedy films today can learn from these accidental comedy films is not so much the technical issues, but the more unsettling stench that permeates a SBIGF. To watch one of these kinds of films is to be a voyeur to a strange and unthinkable worldview that will make you question who it belongs to. Most SBIGFs are auteur efforts, coming from one mad mind who is usually writer and direct and perhaps even an actor in their own films so we can see for ourselves this crazed mind in their own crazed creation.

(adsbygoogle = window.adsbygoogle || []).push({});
The most well-known SBIGF is The Room (2003), which became more and more of a cult oddity as the years went by, until it entered the mainstream with the release of its popular behind-the-scenes dramatisation The Disaster Artist (2017). There are many reasons why this film is loved because of its badness, such as the bizarre and unhuman dialogue, the sloppiness of the acting, the incomprehensible sequencing of scenes, and Tommy Wiseau’s implacable accent. 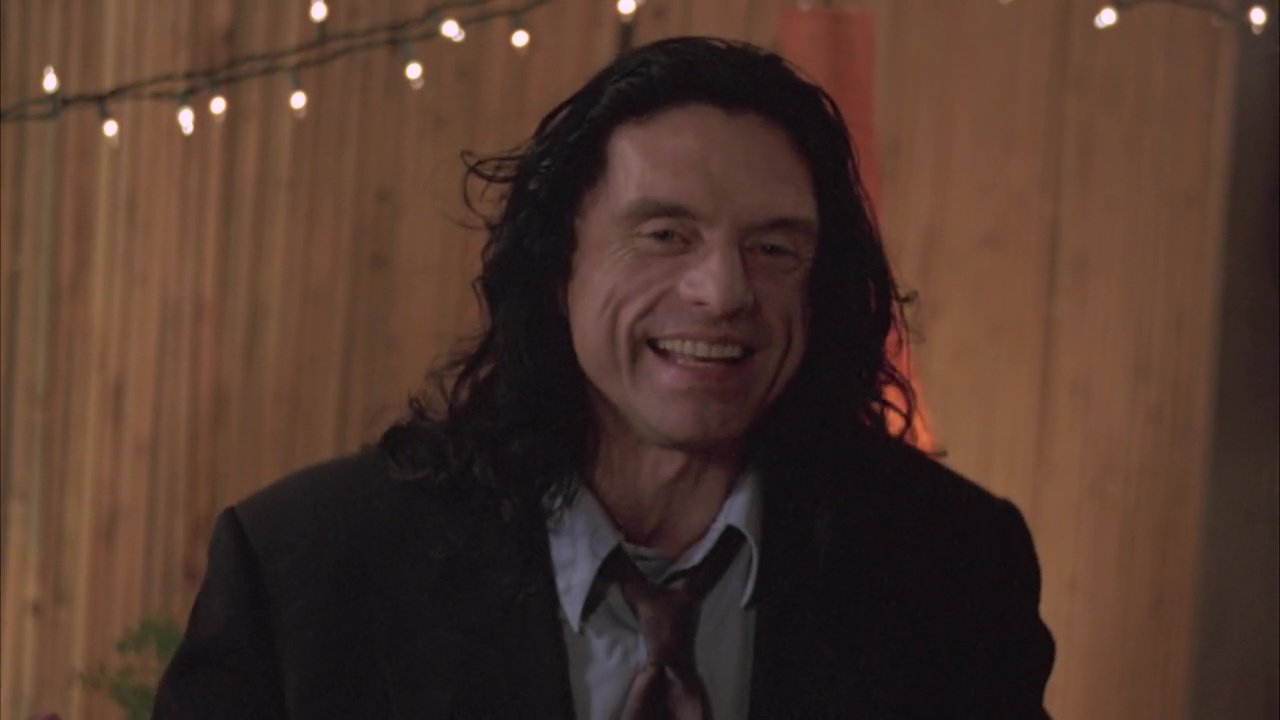 But it’s both the little things and the bigger picture that make The Room a stand-out cult SBIGF favourite. It’s littered with over-the-top and nonsensical reaction lines that only Wiseau could’ve scribed, many of which are often quoted without their context: “hahaha, what a story, Mark”, “you’re tearing me apart, Lisa!”, “in a few minutes, bitch”, and “hi, doggie”.

These lines (that could be referred to as Wiseau-isms) that make up the majority of the film’s dialogue are the surface level ironic humour that comes from this SBIGF, but on a deeper level is likely why this film has tapped into such an audience. One of the key aspects of enjoying a film is its reason to exist: what is this film saying, and how is it saying that?

The Room merely seems to be a narcissistic endeavour into a kind of romantic unfairness. Despite Johnny being such a nice guy, he is blatantly cheated on by the woman he loves, which forces him to commit suicide and have everyone feel guilty and sad over this (spoilers). Although narcissism is usually an unappealing facet of auterism, it does in this case make this SBIGF even more ironically enjoyable for how obviously personal it is to the warped man that is Mr Wiseau, ergo more of his warped mind seeps through the film to the unsuspecting audience.

(adsbygoogle = window.adsbygoogle || []).push({});
It’s this core of the unexplainable existence of such SBIGFs that captured viewers’ attention once they’ve been allured by the surface of such technical badness. These two facets of SBIGFs have been explored in a number of TV shows and web-series, usually in a communal setting to emulate a bad movie night with friends. Mystery Science Theatre 3000 is a landmark TV show, one of the first to employ what it coined as riffing (the act of poking fun at a SBIGF as it plays), which has since been replicated by their own off-shoot Rifftrax, as well as the likes of online series Nostalgia Critic, Angry Video Game Nerd, and Red Letter Media’s Best of the Worst. 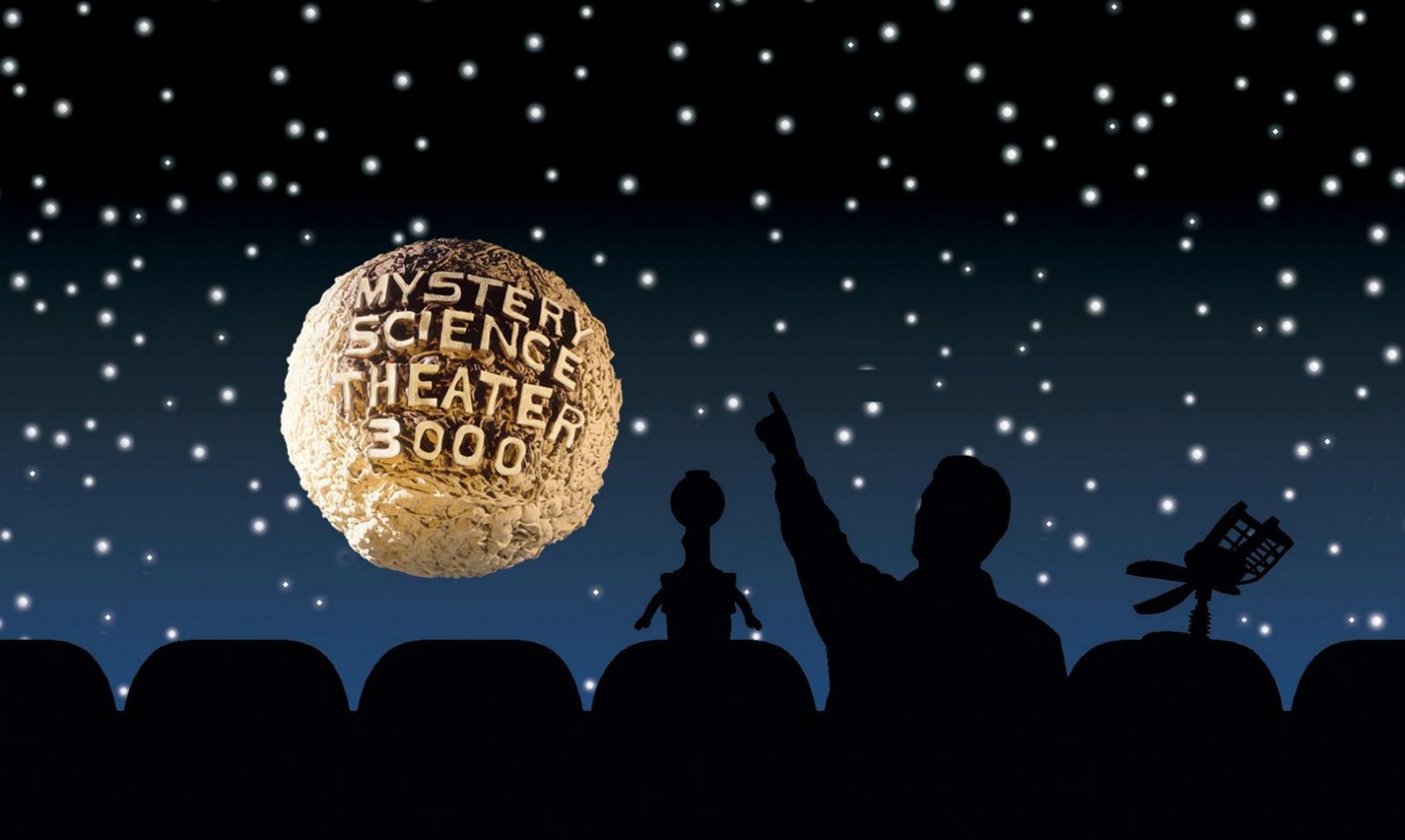 Each of these shows understand from a technical and existential level how the utter terribleness of such films, or other kinds of media entertainment, offer up their own form of entertainment. And featuring someone to react to the awfulness, it not only allows for joking and riffing at the expense of the film, but also allows the audience to sympathise with these people as they masochistically suffer through such SBIGFs and wonder how the medium of film can become this gloriously bastardised.

What makes a SBIGF like this so funny is the play upon expectations: instead of being satisfied with what makes a film great, we are given the opposite, and this difference of which creates a kind of humour. This subversion of expectations is what comedy films need (and generally what the idea of comedy needs) and terribleness of SBIGFs has been replicated in parodies like Black Dynamite and the TV shows Garth Marenghi’s Darkplace (2004) and Danger Five (2011-2015).

However, it’s the core of a film that usually matters, and these SBIGFs at least (incidentally) have comedy at their core unlike the “dramedies” that masquerade as comedies that are actually dramas at their core. It’d be odd to suggest comedy films can learn something from SBIGFs, but when The Room has played at a local cinema where I live far more times than any other film (even comedy films), there’s something to be said about the lasting comedic value of these accidental miracles.

Eldorado [2018]: 'BFI-LFF' Review - A Potent and Unflinching Look at the Economics of the Refugee Crisis