David Leitch’s Bullet Train (2022) has arrived. The action maestro has rounded up an A-list cast that includes the likes of Brad Pitt, Joey King, Aaron Taylor-Johnson, and Brian Tyree Henry among a host of surprising cameos. The film, which is almost entirely set on the titular Bullet Train, finds 5 assassins getting onboard, only to realize that their paths are about to cross.

Following Ladybug (Brad Pitt), who has just started therapy – which, according to him, is due to the bad luck that follows him around, the movie quickly sets up a briefcase and a gangster’s son as the possible Chekov gun. It then brings twin-brothers Tangerine (Aaron Taylor-Johnson) & Lemon (Brian Tyree Henry) and a conniving The Prince (Joey King) into the mix. Leading all of them to realize that their paths are about to criss-cross in a million different ways before they reach the end of the line.

So, if you happen to spend some part of your life along the Bullet train and ended up enjoying it for what it is, here are some movies that you might like as well:

Before we get to the contemporary selections, let’s harken back to the 1975 Japanese movie “The Bullet Train.” While Bullet Train seems to have just borrowed its name from Jun’ya Satô’s movie and is not a remake in any sense (random trivia: The Bullet Train was made into a Hindi blockbuster named The Burning Train), there are elements that are quite similar.

Like Bullet Train, Shinkansen daibakuha (the original Japanese title) also takes place almost entirely on a fast-moving train and features a host of bad guys involved in bad things. Basically, it is a movie where a bomb is planted on a moving train, and if the speed decreases the said bomb will explode, killing everyone onboard. It results in a thrilling back and forth between the good and bad guys with the stakes being extremely high. 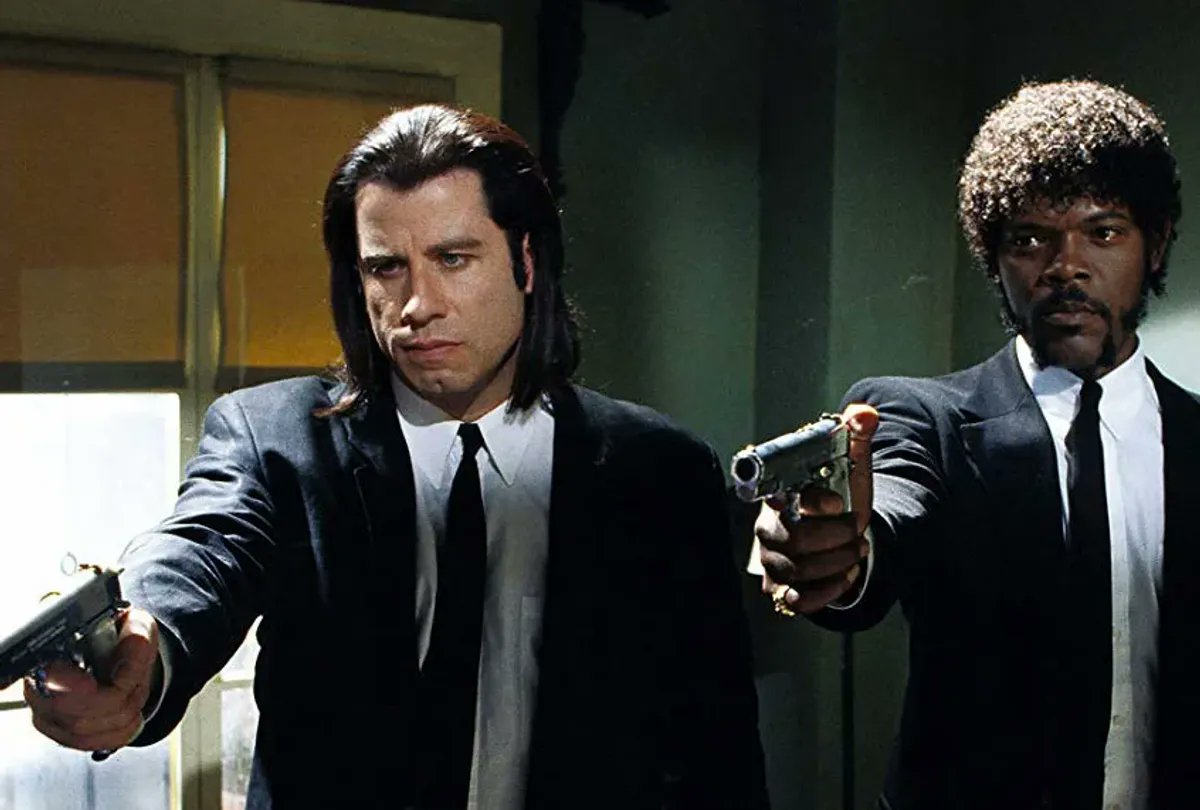 There’s never any specific reason for recommending Pulp Fiction. Quentin Tarantino’s cult classic has such an important place in pop culture that it is impossible for me to watch any film and not think about it. Especially when it consists of two extremely outright and talkative assassins who perceive life and its many twisted fallacies in accordance with their own beliefs.

Like Vincent and Jules the characters in Pulp Fiction, the twin brother assassins in Bullet Train are almost always arguing with each other. Their ethnicities aside, Tangerine and Lemon definitely take their action pretty seriously and while you will think that they are a bunch of silly henchmen when it comes to completing their tasks, they are pretty good at it (until they are not). Also, like Jules in Pulp Fiction, Bullet Train is a movie where the Bible quote is replaced by the ideologies of a TV cartoon leading the way for them. 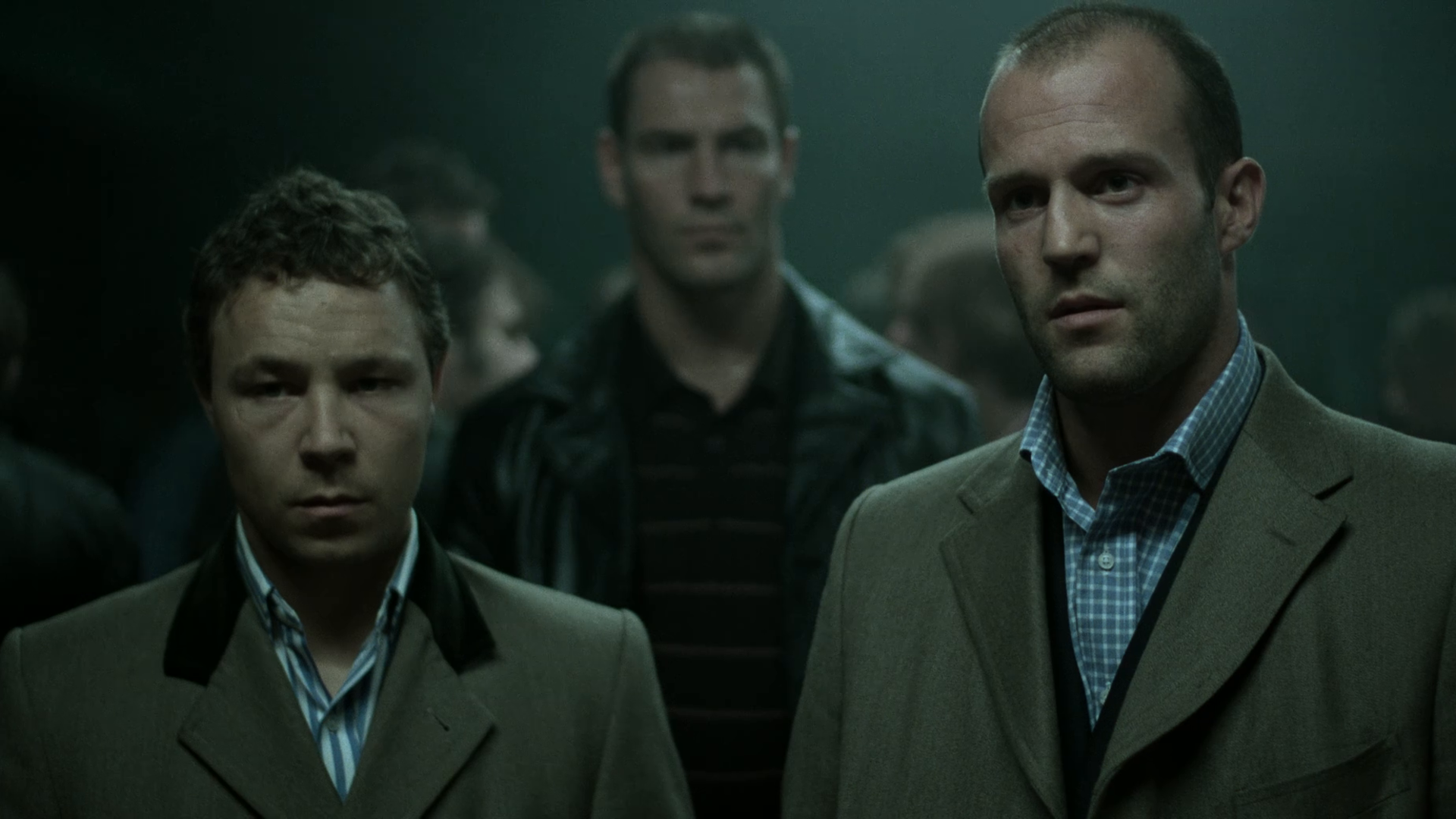 While it is never explicitly mentioned, Guy Ritchie’s Snatch (or to put it simply Ritchie’s filmography, excluding a few recent exertions) has its stamp all over Leitch’s Bullet Train. A whole bunch of characters (a bunch of who are hooligans), silly, over-the-top character antiques, mid-action slow-mos, and people getting into bad situations are just a few of the many similarities between the movies Snatch and Bullet Train (2022).

While a briefcase is a centerpiece in Bullet Train, a stolen diamond and its many suitors serve as a cross-fire that finds these unrelated characters playing hit and miss with each other. And again, Tangerine and Lemon feel like they could easily walk into one of Ritchie’s cinematic universes and you wouldn’t even notice. 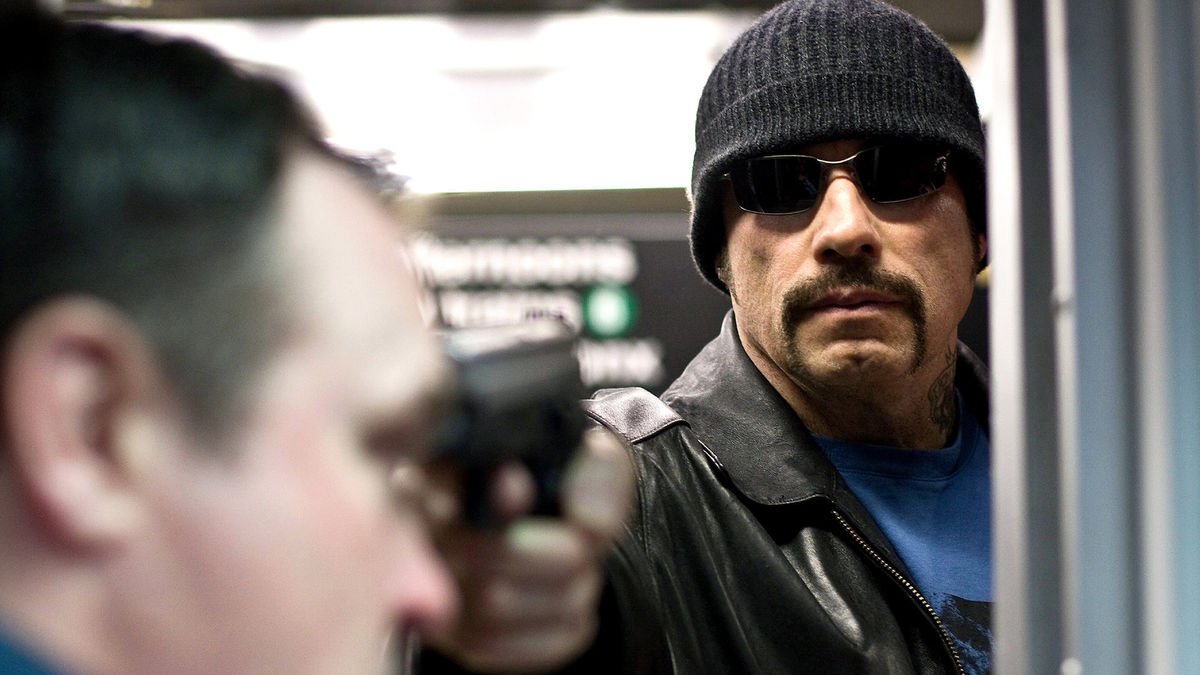 While I am completely aware of the first movie adaptation of John Godey’s novel of the same name from 1974, I’d still recommend 2009 for two reasons. The first is its locomotive setting feeling more dangerous than in the original film, and the second is the cheeky back and forth between Washington and Travolta reminding me of how Brad Pitt’s ladybug uses his calm to deal with situations in Bullet Train.

Taking of Pelham 1 2 3 is a straight-out crime-thriller that follows a train dispatcher becoming the unlikely protagonist of a hostage situation, leading him to try and sound some sense into the armed New York subway hijacker. While not an out-and-out action film like Bullet Train, the setting and the stakes make me want to recommend this one as a great double bill nonetheless. 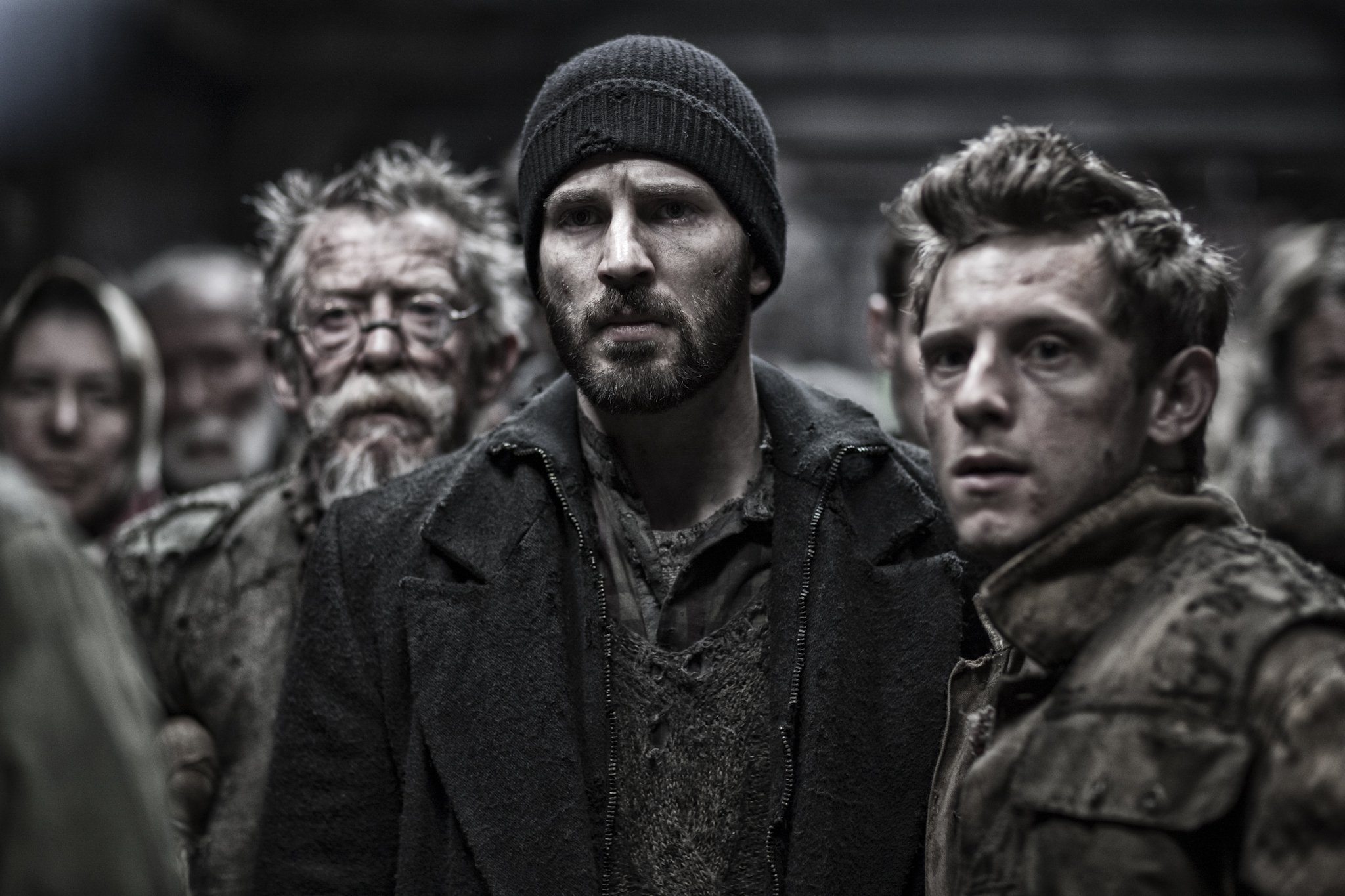 As far as the best train movies are concerned, there’s nothing better than Bong Joon-ho’s Snowpiercer. The post-apocalyptic film is set in the future where a failed experiment over the climate crisis has destroyed everything and everyone, except those who boarded the titular train.

Trying to put a satirical spin on the clash between people that is partaken due to their need to divide people according to their class, the film turns into a bought of survival once those ahead of the curve wish to tame the one’s behind it. Like Bullet Train, Snowpiercer is one of those movies that begins as something else, but by the end of it, the only driving force comes from the human urge to fight for survival. 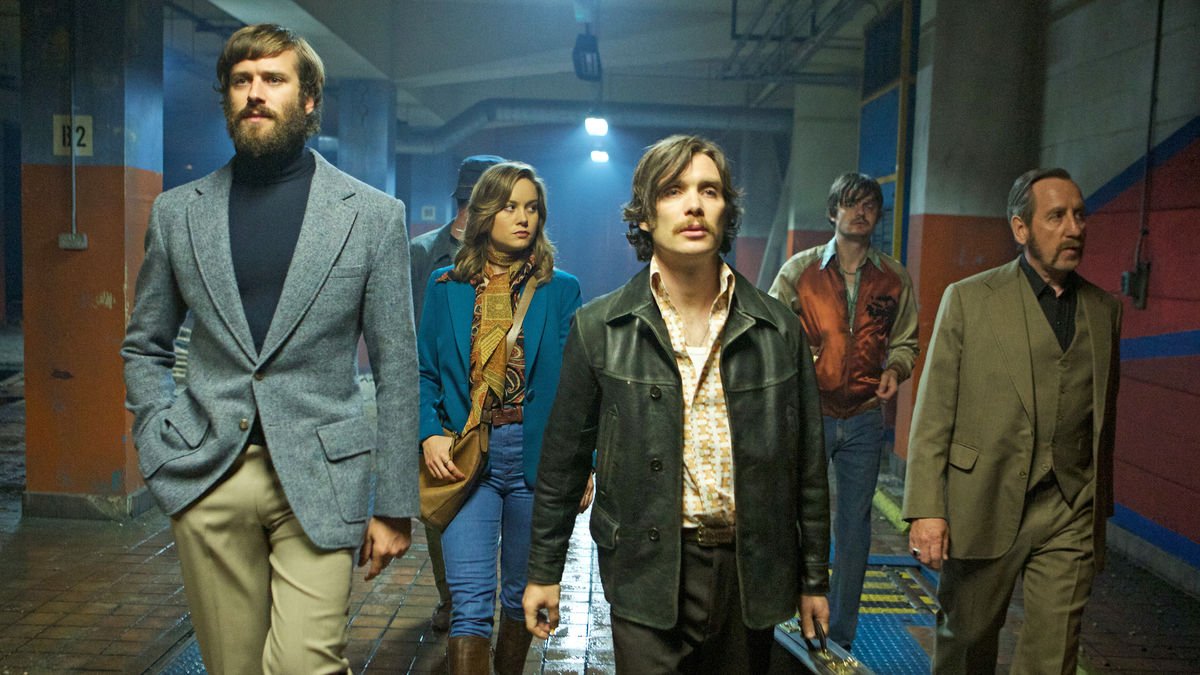 Free Fire can be deemed as a film that is just one long Mexican standoff. However, in the hands of Ben Wheatley and co-written by long-time collaborator Amy Jump, it becomes a deliciously twisted dark comedy that has enough genre thrills to lead you through its swift 90 minutes runtime.

Packed with a brilliant cast, which is quite reminiscent of Bullet Train, and taking place almost entirely in a single location (train for Bullet Train & warehouse for Free Fire), the two movies have more in common than one would initially feel. Like Bullet Train, no one in Free Fire is actually a good person, and that only makes it all the more enjoyable. 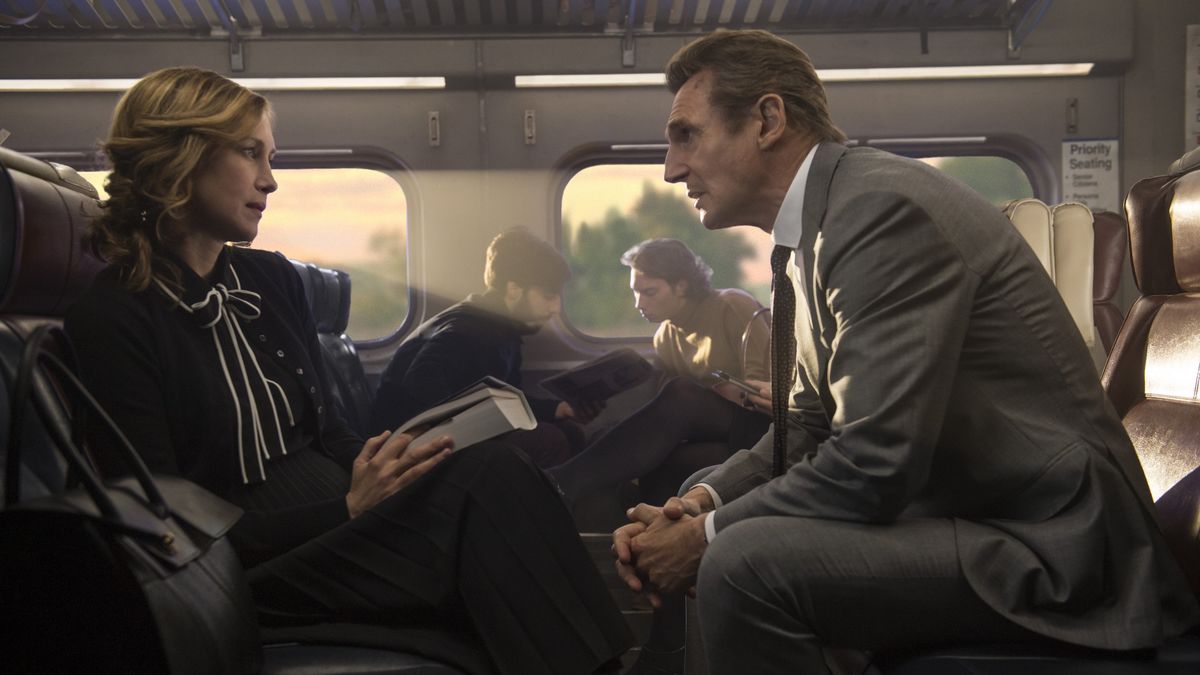 While it feels like almost all of Liam Nesson’s movies in the past decade could easily interchange places with each other and you wouldn’t even know the difference, they sure promise some cool genre thrills as the actor unpacks things around him while attending a phone call.

The Commuter, directed by Jaume Collet-Serra takes place on a train and follows an insurance salesman who was an ex-cop before, on his daily commute to work. Only today, his routine features a mysterious woman who supposedly sets him up for a deadly operation onboard. Like Bullet Train, The Commuter is one of those movies that knows how to use the setting to the best of its abilities, and while it isn’t very satisfying, you wouldn’t mind it at all. 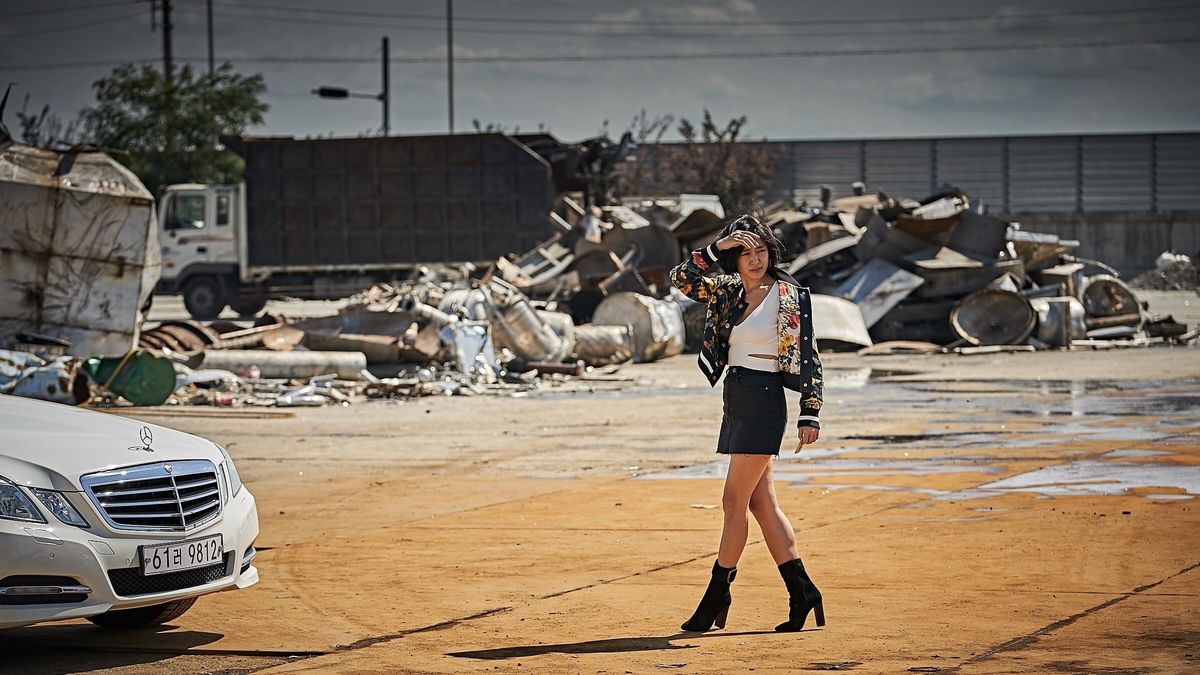 Much like Bullet Train (2022), the South Korean crime-thriller Beasts Clawing at Straws draws heavily from the works of both Guy Ritchie and Quentin Tarantino. To add to that, both the movies are adapted from Japanese novels and carry the same sensibilities of bad luck and interconnected story threads where bad people get involved in bad things.

Beasts Clawing at Straws is basically about a bunch of greedy people trying to make ends meet and failing to do so. To establish that, Kim Yong-hoon uses heightened emotions paving their way through black comedy to offer thrills that are only elevated as the runtime draws to a close. 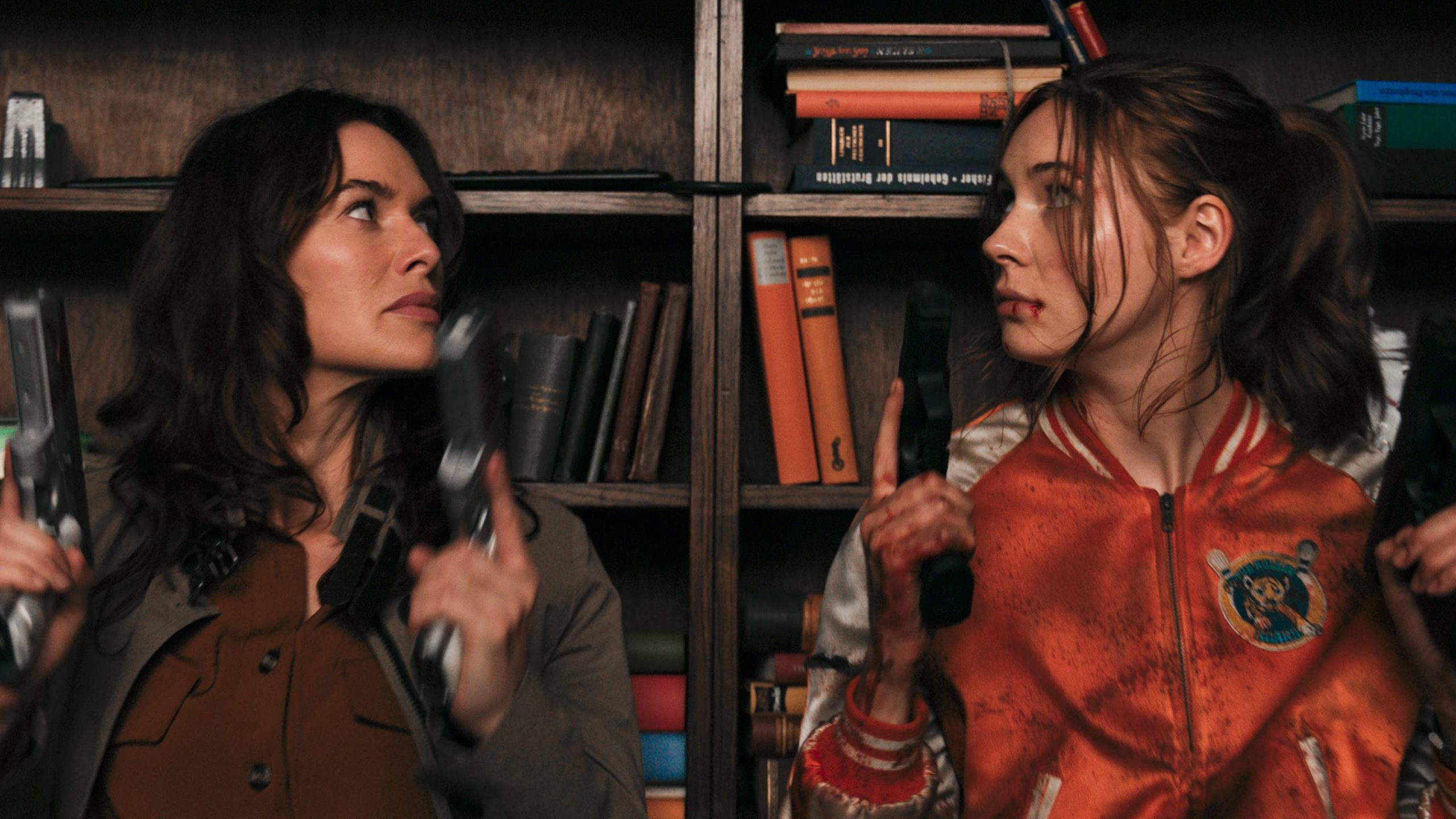 With a complete role-reversal that offers women to take the center stage in a genre populated by angry and stupid men, Gunpowder Milkshake is about a young assassin named Sam (Karen Gillan), who decides that she has had enough of The Firm (an association for deadly assassins) and wants to leave for good.

In what feels like her last job, Sam messes up and ends up teaming up with her estranged mother Scarlet (Lena Headey) – an ex-assassin for The Firm, tackling a whole bunch of rivals that are trying to get to her and the little girl that she has saved. Like Bullet Train, Gunpowder Milkshake also features themes of parental disconcert and the idea of revenge being the only way out.