If you are an avid watcher of Hindi cinema, you might have noticed that some things have changed over the past few years. The style of films, the locations, the actors, and most importantly the audience’s appetite has changed. From the late 2000s, the films have taken a turn and now we see more films located in the smaller towns of India or at least their center has shifted from Bombay to the rest of the country namely Delhi, and other North Indian states. Now we have actors like Ayushman Khurrana and Bhumi Pednekar, who specialize in the small-town scape. One of the major changes that can be noticed in today’s Hindi films are the roles of the actor, we see more actors playing small-town guys who are more flawed than perfect. During the 90s, the actors would mostly play these roles, wherein their machismo lied in the fact that they can get the prettiest girl in the town and beat up the bad guys who come in the way of their love. However, this particular brand of machismo has definitely changed, we see actors like Rajkumar Rao and Ayushmann Khurrana, who have significantly changed the definition of the masculine Hindi Film Hero in recent times.

Ayushmann Khurrana started his film career by playing the role of a sperm donor in Shoojit Sircars’s Vicky Donor. When we think of the perfect launch for an actor, what automatically comes to our mind is a Dharma film or a Yashraj film, with larger than life heroes romancing the girl in the beautiful mountains of Switzerland and then having the perfect wedding ceremony wearing the costliest of designer clothes. Khurrana jumped into Hindi films in an unconventional way. He chose the role of the sperm donor living in the refugee colonies of Delhi. This role broke a few glass ceilings and was very significant in defining what exactly constitutes masculine behavior.

Related to Hindi Film Hero – BADLAPUR [2015]: AN EXERCISE IN RAGE

The first thing that the film does is chalk out a protagonist whose image in public is of a pro-cricketer very proud of his masculinity but in reality, he has to work in his mother’s salon and does pedicures to the women who come in for the service. Vicky’s family is run by women and he does not have a proper source of income. Hence his mother forces him to work in the salon. He tries to be a macho man but his circumstances are against him. When he chooses to become a sperm donor, he does it out of his need for money and he enjoys the work as long as nobody comes to know about it. This shows the societal definition of a man as someone who can provide for the family and has his honor intact while doing so. Sperm donation checks the first box because he is earning a lot but when it comes to honor, it gets a bit tricky as he sells his sperms. When everyone in his family comes to know about it, they almost disown him. Vicky tries to defend his choices and convince his wife that he is not wrong. But it does not work out. This is a tricky role to play especially for a beginner. When we perceive men and the kind of work that they are supposed to do we do not think of sperm donation as an admissible line of work, although there is nothing wrong with it. However, somehow, it does not fit into the definition of an ideal man even for the most liberal of us. Hence, with his first film, Aysuhmann Khurrana deeds the unspeakable and garnered a lot of praise for his work. Vicky Donor forced the audiences to think about what defines masculinity while providing us with few laughs on the way.

On the other hand, Rajkumar Rao began his career with a film like Love Sex Aur Dhoka (considered as one of the best films of the last decade), again not the ideal launchpad for newcomers. The film did not particularly highlight the work of Rao, but the film that got him noticed and earned him a National Award was Shahid, where he played a man named Shahid who was tortured during the Bombay riots but eventually after years of torment becomes an independent lawyer who worked to save those Muslims who have faced charges under the Prevention of Terrorism Act. The film changes the way we would perceive heroism. Shahid is heroic and there is no doubt about that. e saves men and women who are falsely acquitted after spending seven years in jail. He still has the urge to study and help others but nowhere in the film is the character of Shahid lauded for his heroic deeds. No melodies are sung in his honor. He is a guy, who has been through years of torture and does not want another young boy to go through the same quandaries that he did. Shahid is a heroic character but throughout the film, we never see the director overtly praising the character or making a god out of him. The audiences get the feeling that he is one of the many men who had to go through similar emotional and physical torture. His masculinity is defined through his choices. He marries a divorcee girl and works for the poorest of people despite having a chance to work for a big shot lawyer. Shahid comes off as a man whose pride and strength have been crushed and he had to build it up again with an immense amount of work. The film redefines the way we see a leading man in a Hindi film, he is not beating up fellow prisoners, neither is he doing something out of his way to impress a girl, he is just a human being trying to build a life out of honesty and hard work.

Through the choice of the initial films, Khurrana and Rao have completely changed the way audiences were used to perceiving leading men. As their careers progressed, the films they did time and again forced us to reconsider what machismo is. The next film that got Khurrana noticed was Dum Laga Ke Haisha, directed by Sharat Kataria. This film tells the story of a man from Haridwar who is forced to marry a fat girl. Initially, he despises her but through the course of the film, his mind changes and he eventually realizes his love for her. In this film, Khurrana chooses to play the role of a cd shop owner living in Hyderabad. There is nothing extravagant about him. He is a regular guy who is trying to get through life despite the financial constraints of his house. Here we see a man whose life is not so interesting and on top that he is forced to marry a girl who does not fit his definition of pretty as she is bulky. He cannot tolerate the fact that he has a fat wife and has to spend the rest of his life in a compromise. What this film does is, without sugar-coating any of the facts, shows the displeasure of the man when he had married the fat girl. Nowhere does it portray the girl in a condescending light. She also knows that she is fat and understands the reason for her husbands’ anger. This man does not live in Mumbai or Delhi. He is from Haridwar, and usually, when someone is narrating us a story about a man in Haridwar who owns a cd shop, we would not even bother to listen to him/her. However, through the brilliant performance of the actors especially Khurrana, we are drawn into this story. 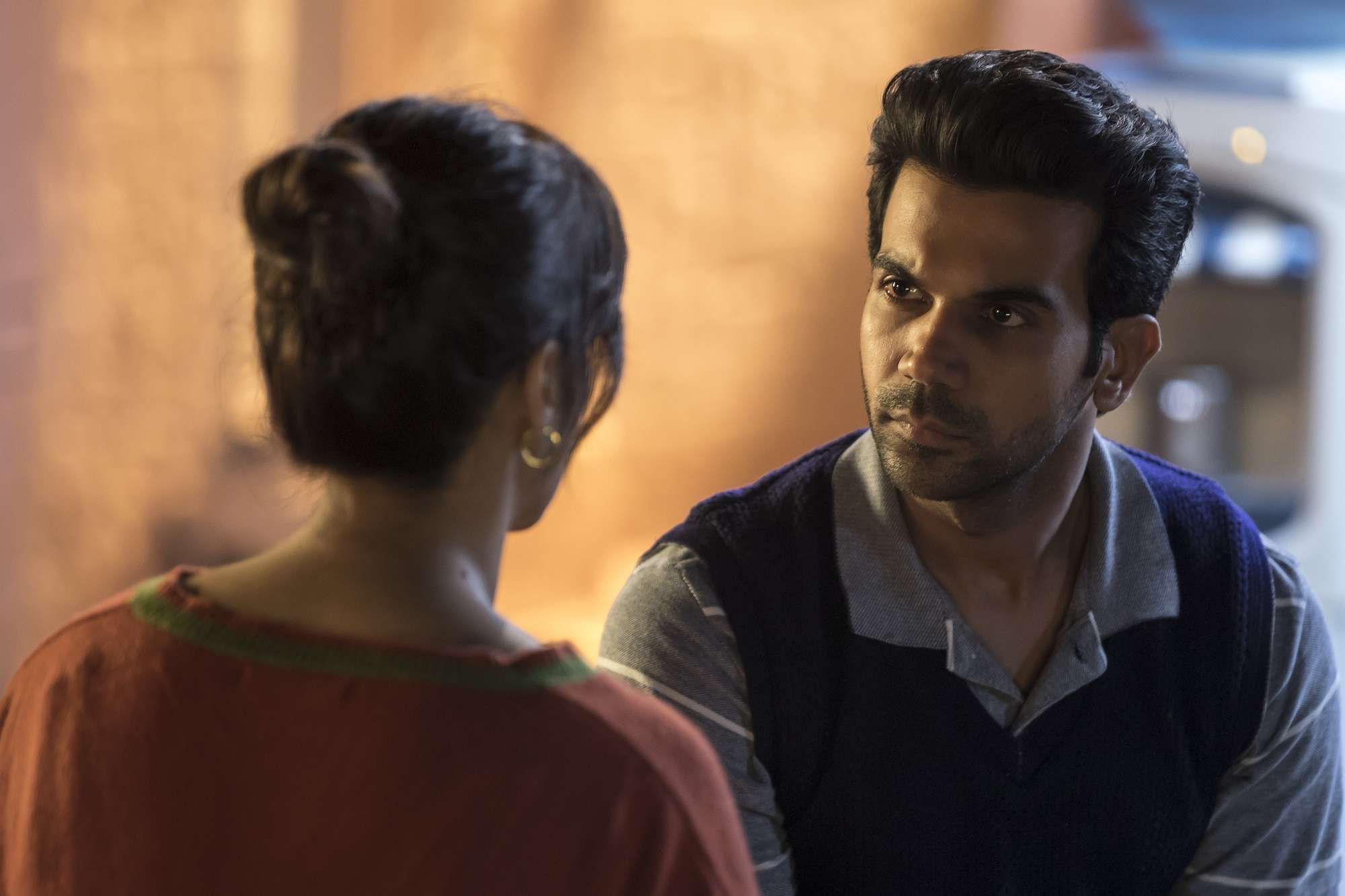 Rajkumar Rao in the film Bareilly Ki Barfi plays a man who is a timid sari seller. His voice is low and mild, he is not at all tough or charismatic and scared about almost everything in his life. From his mother knowing about his profession to getting bullied by macho boys. Similarly, in the film Newton, he plays the protagonist Nutan Kumar, who is a government clerk and is sent on election duty to one of the red belts of the country. He is earnest and honest in his efforts. In a constituency where people do not even know what voting is, he makes sure that people come and cast their votes. His honesty is so unmovable that even in the direst of the situation, he chooses honesty over his life. Again, in the film Stree, he played a guy who specializes in tailoring women’s clothes. As we can see, through the choices of his films he has changed the way we think of a hero of a film. A leading man who does not look like one of the Khans, and does not participate in any major heroic deeds, yet the audiences are forced to root for them.

Ayushamann Khurrana also has time again chosen films, which forces the audience how to perceive a hero in a film, with films like Shubh Mangal Savdhan, where he played a person with erectile dysfunction to Shubh Mangal Zyaada Saavdhan, where he plays a gay character, the audiences are constantly forced to reconsider dimensions of a hero. We longer need an NRI guy and his experience, but now what attracts us are these flawed small-town characters, who seem more human and relatable.

These actors are constantly pushing the boundary on what a Hindi film hero should look like. They choose these characters that are not essentially macho. On the contrary, they choose men who are real. Who have to face the troubles of the real world like politics and financial constraints. These men are also forced by the water tights compartments of patriarchy. Which has made it difficult for men to talk freely about their erectile dysfunctions or their careers. We hope to see more such characters and heroes whose dreams and goals seem more achievable. 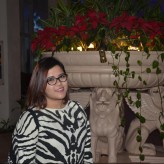 Tirna is a Film Studies masters from Jadavpur University. She has always been interested in films and after watching Brokeback Mountain she knew for sure I would like to study films.

Shardul Thakur Comes Out of the Closet: A Nuanced Portrayal of Queerness in Badhaai Do