One of my personal favorite of the year was Gosling’s act as Neil Armstrong in Damien Chazelle’s hypnotic and melancholic First Man. America’s political frivolities shrouded the movie in controversy and inevitably ended its chances of deservingly ruling the awards season. The biggest outrage of all has to be Justin Hurwtiz’s snub at the Oscars, with the Harvard graduate not even securing a nomination. Setting aside every other complaint, let’s talk about Gosling’s portrayal of Armstrong.

Chazelle’s First Man is not a retelling of the moon landing but an exploration of the suffering before that. It delves into Armstrong’s intimate moments with his family, his deepest insecurities about his family and the tragic loss of his child, and the cost of success he has to bear. Gosling shows prodigious restraint and maturity in playing Armstrong. His act is convincing enough to allow viewers to access how Armstrong felt and how others around him did. With the moon constantly the focus of his attention, Gosling shows unshakeable resilience and an appetite for going the extra mile to go to achieve the unimaginable. First Man will be remembered as not an account of the event itself but the sacrifice that went into making it happen.

4. Bradley Cooper in A Star is Born

For a movie that has been made four times, A Star is Born does quite well. A film that started off as Bradley Cooper’s dream project, A Star is Born crystallizes into a heartwarming story about love and heartbreak brought alive by sensational performances. Cooper leads the charge, being involved with the writing process and starring and directing the film. In an almost Clin Eastwood-esque manner, Cooper nails every aspect of his involvement, especially the acting part. The familiarity of the story and the predictability of the end don’t stop the viewer to immerse into this dreamy world. Cooper’s charm and unprecedented musical talents pull this performance into the elite sphere of the year’s best. 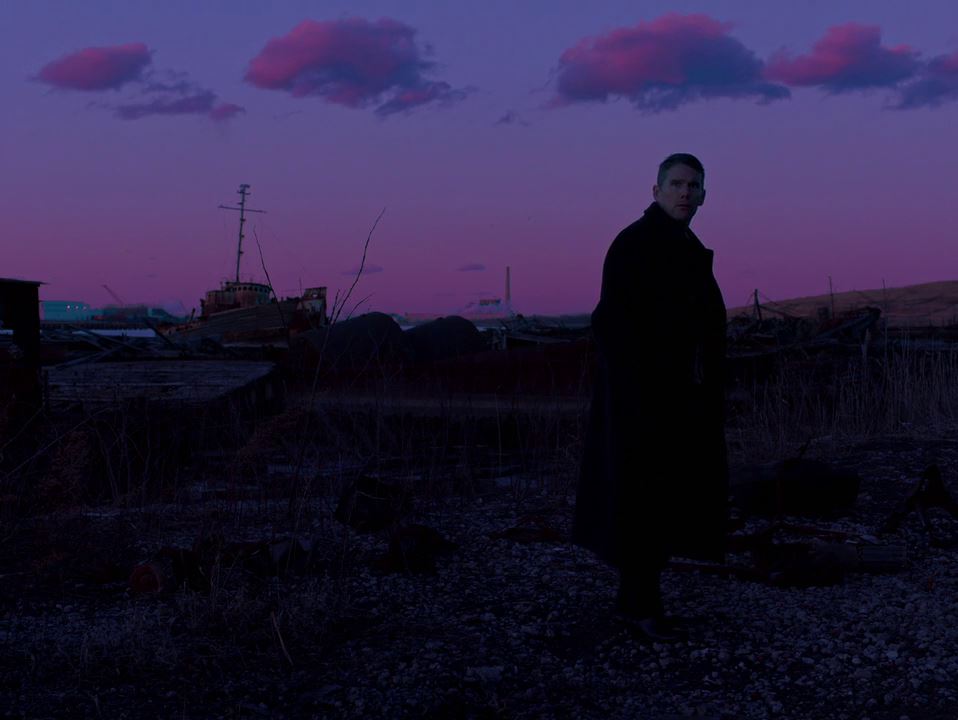 Has the Academy ever been fair to Ethan Hawke? You already know the answer. It is a modern travesty that Hawke hasn’t won an Oscar with the kind of performances he has under his belt. His simplistic style and overtly banal characters might have drifted the attention of the voters away from him, but bring us as viewers close to him as possible. His performance as Revered Toller met a similar fate in 2018. In Paul Schrader’s relevant and contemplative First Reformed, Hawke plays a man caught between two worlds: his faith and the changing world. Schrader’s seminal protagonist seems like a spiritual companion to his other creations before, hugging loneliness and antipathy to channel violence. Hawke’s resolute performance is thundering and burns with great passion and longing. Although Toller doesn’t have the flair of either Bickle of LaMotta, Hawke’s craft makes Toller’s chagrined self a wonderful and provocative role model for people today.

2. Brady Jandreau in The Rider

Chloe Zhao’s moving cowboy drama centers around a prodigal rider whose path to success is impeded by a life-threatening injury. His longing to go back to where he belongs becomes the central thematic arch of Zhao’s narrative that is splendid and insightful in its exploration. Placed in the film’s unique naturalistic visual landscape, Brady contemplates his choices and their consequences. Jandreau portrays Brady with immense sincerity and effectiveness. His suffering isn’t brought by overdone theatrics or undercooked emotions but by a subtle intelligence and nuanced maturity that truly subrogates the viewer in Brady’s conundrum. Zhao’s aching protagonist will undoubtedly be remembered as a compassionate, humane cinematic creation that actors will long hope to emulate.

Also, Read – THE RIDER REVIEW [2018]: AN INTIMATE AND HEARTBREAKING RIDE

Indie films often house some of the most overlooked performances of the year. In 2016 it was Adam Driver’s immeasurably humane portrayal of a bus driver in Paterson, in 2017 it was Sam Elliot’s towering performance in Hero. 2018 gave the honors to Jim Cummings, who adapted his own short film, Thunder Road, to produce a refined and insightful character study that was in equal parts deeply afflicting and vaguely humorous. His portrayal of Jim Arnaud, a dyslexic police officer coming to terms with turmoil in his personal life with his mother’s tragic demise and custody battle with his wife, stands out as a hard-hitting reflection of human vulnerability. Just like our vast spectrum of moods that change every second of the day, Cummings paints the canvass of his character with an unpredictable spontaneity that is both charming and contemplative. Almost all awards conveniently overlooked this gem of a film that is ably shouldered on Cummings’ masterful performance. Be sure to check this one out!