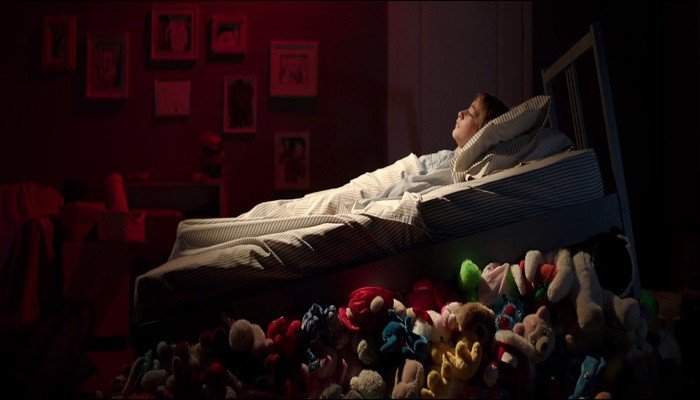 Movies of Rodney Ascher are characterized by obsessiveness. His documentaries are multi-perspective inquires into highly unconventional subjects. This time the subject is ‘Sleep Paralysis’, a strange condition of sleeping state, in which everything shuts down except consciousness. In this transient paralysed state, subjects are confronted by severely traumatic hallucinations. The most fascinating aspect of movie is re-creation of nightmares, which are quite vivid and articulate. Ascher has effectively used surreal imagery to capture the dread that takes place inside the subconscious of victims. From anthropomorphic creatures tickling asleep infant in a crib to eight feet tall life threatening shadow, The Nightmare is truly nightmarish. 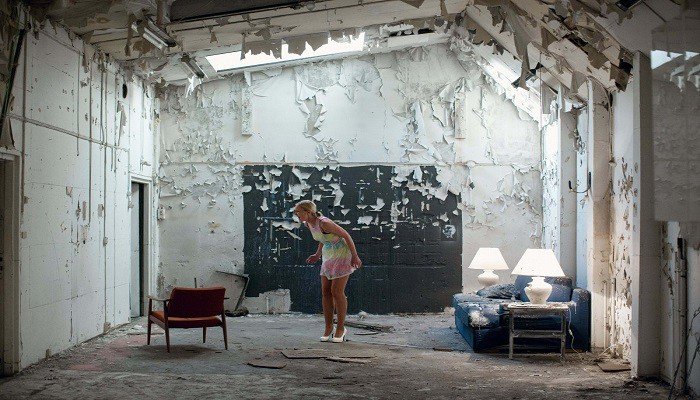 Blind is a story of a woman, whose gradually fading vision constantly haunts her. Eventually, blindness beclouds her judgement, and out of insecurities, out of confinement, is born a fictitious world, where all perverse fantasies come alive. The main purpose of movie is to show sexual desires of a blind woman. Her blindness grants her a rare gift of controlling and distorting reality. She turns her husband and his acquaintance into fictional characters and whimsically writes their fate, deriving sadistic pleasure out of it. Eskil Vogt’s directorial debut has some of the most stunning juxtapositions, shot with minimalistic use of lighting. With its exuberant surreal imagery, Blind portrays how world looks from eyes of a blind person. 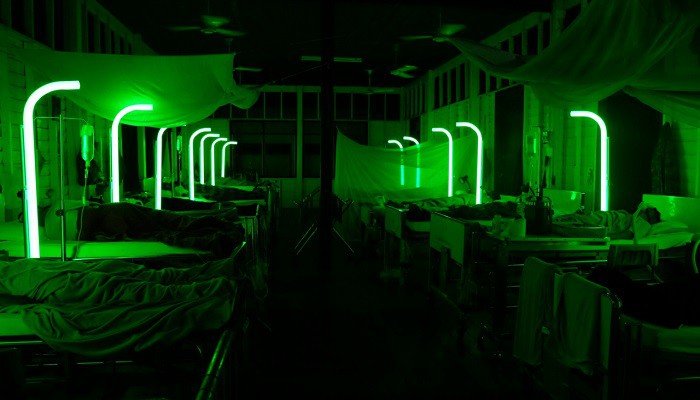 Sleeping is an ultimate escape from reality. Cemetery of Splendour blurs the line between wakefulness and sleep. In a small Thai town, a middle aged crippled woman volunteers to look after soldiers suffering from sleep sickness. Weerasethakul creates something magical out of mundane. In a rural hospital, built on the remains of cemetery of Kings, a medium communicates with the unconscious of soldiers, a giant amoeba floats in the sky and everybody is waiting for something. The subtle interplay of light and color creates hypnotically surreal ambience. In one of the most hypnotic scene, a loop of fluorescent therapy lights beside sick soldiers shift shade from blue to green to red. Cemetery of Splendour is a dream you never want to wake up from. 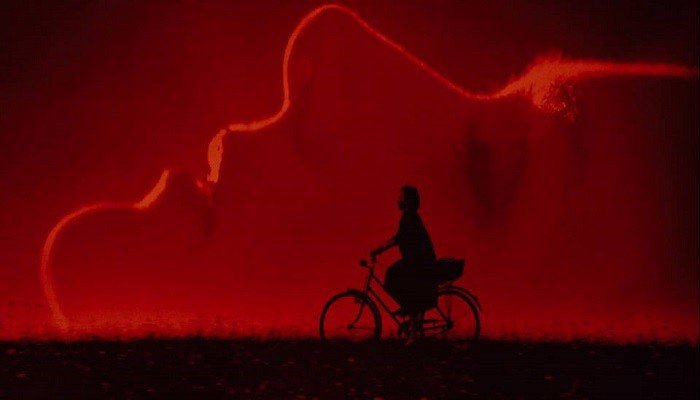 In an isolated countryside, devoid of men, a couple of lesbian butterfly researchers engage in a subversive sadomasochistic role playing game. After a while, it becomes unclear who is dominative mistress and who is submissive servant. In this sumptuously surreal tale of couple’s erotic obsession, relationship crisis is examined in form of romantic melancholia. Here, simple story of sexual craving is told through complex narrative. It is set in vernal world of butterflies and moths. Strickland has paid a wonderful tribute to EuroShock cinema of Jess Franco, adopting same material with his customary ultra sophistication and lush texture. Duke of Burgundy is the brightest butterfly that flutters ferociously in otherwise dark tedium of S&M genre.

7. Theory of Obscurity: a film about The Residents | Dir. Don Hardy 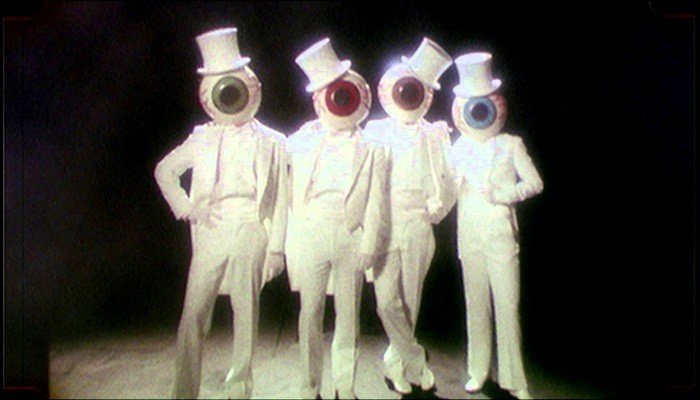 Theory of Obscurity is a rare surreal archive on Residents, a band so radical, so demented, so mysterious that identities of group members are still unknown even after 40 years. Film features interviews with band members known as Devon, Primus, Ween, Talking Head and Pinback who always perform wearing most bizarre masks and costumes. Mystery is vital part of Residents’ appeal. It allows them creative freedom. The live footages of various concerts of Residents are otherworldly. There are many speculations about identity of Residents in interviews from fans and music critics. This sound-video collective celebrates 40 years of obscurity.

1. The Forbidden Room | Dir. Guy Maddin and Even Johnson 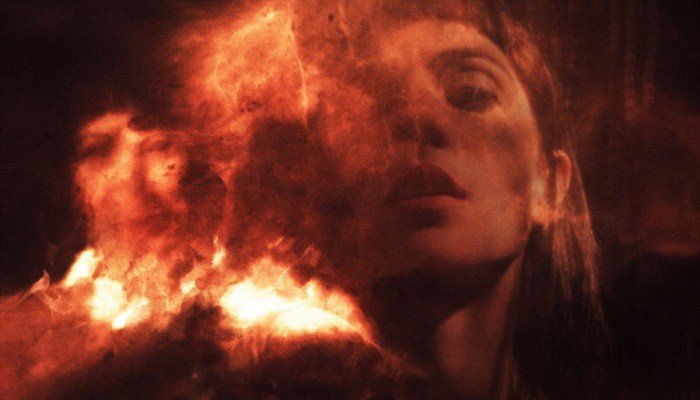 Dreams, Visions, Madness- that’s what Maddin’s maddening masterpiece is made of. Guy Maddin is Janus of cinema, the two-faced god of beginning and transitions, who scrutinizes past and present at the same time. In a film that started as museum restoration project, Maddin enters the forbidden territory of past to excavate long lost cinematic treasure. It’s a visual feast, an ultimate acid trip that pays tribute to silent era of cinema while entering the new realm of cinema. In this infinite adventure, Maddin takes viewers into forest of fantasies inhibited by doppelgangers from past, bones of lost love and Filipino vampires. A cascade of nostalgia flows over sloppy memories while volcano of brain explodes with ideas. Forbidden Room is a cinematic accomplishment that gazes into past while leaping into future. 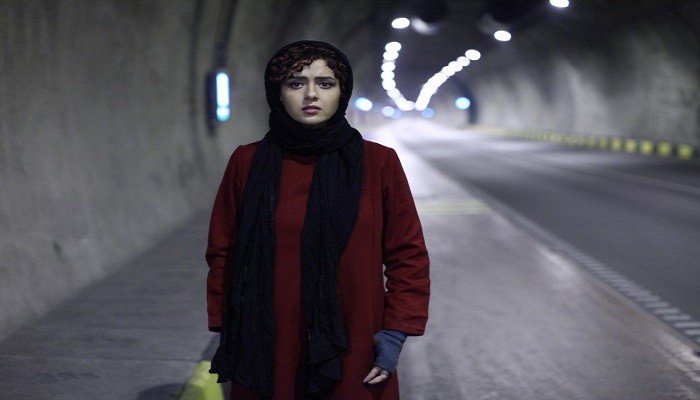 After a wild party, two young ladies roam in empty streets of Tehran at night and talk about culture, history and war. On their way, they come across a mysterious man who might be devil. The first few minutes introduce Iranian society, and after a while, film abruptly shifts from real to surreal. The topic of conversation changes from peace to war and dictatorship. Characters become ambivalent and darker. This film examines contemporary Iranian society through surrealistic prism. Two protagonist of film are Muslim and a Christian. With this contrast, director attempts to show how different religions are affected by same problems. After entrance into the dream, it assumes a more fluent form. Tehran is an atomic heart of Iran. This movie shows us a dream of utopian land, where there is no war. 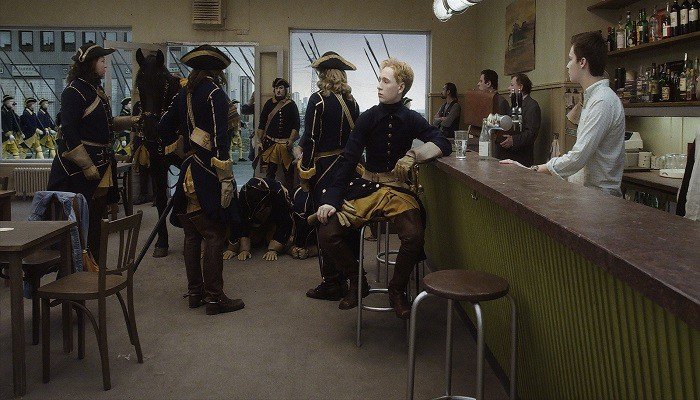 The last part of Roy Andersson’s Living trilogy unfolds as a painting, a series of surreal vignettes, filled with customary deadpan humor and wry absurdity. In this tragicomedy, a pair of depressed salesmen wants to help people have fun by selling their novelty items. Every single frame of movie is revelatory, and serves a distant peek into inexplicable oddities laced with human existence. The pale hues of characters evince their lack of creative and spiritual interest, as if the consumerism has sucked out their spirits. This distant gaze at existence stands as a testament that man is the most inconceivable reality.

441shares
Previous
Tags:A Pigeon Sat on a Branch Reflecting on ExistenceAn Illusion of My MindArabian Night: The Restless OneAtom Heart Motherbest 2015 movies to watchbest movies to watchBlindCemetery of splendourhd movies 2015Lost RiverR100RealitySurrealismTale of TalesThe Duke of BurgundyThe Forbidden RoomThe NightmareThe Sky Trembles and the Earth Is Afraid and the Two Eyes Are Not BrothersTheory of Obscurity
Previous post