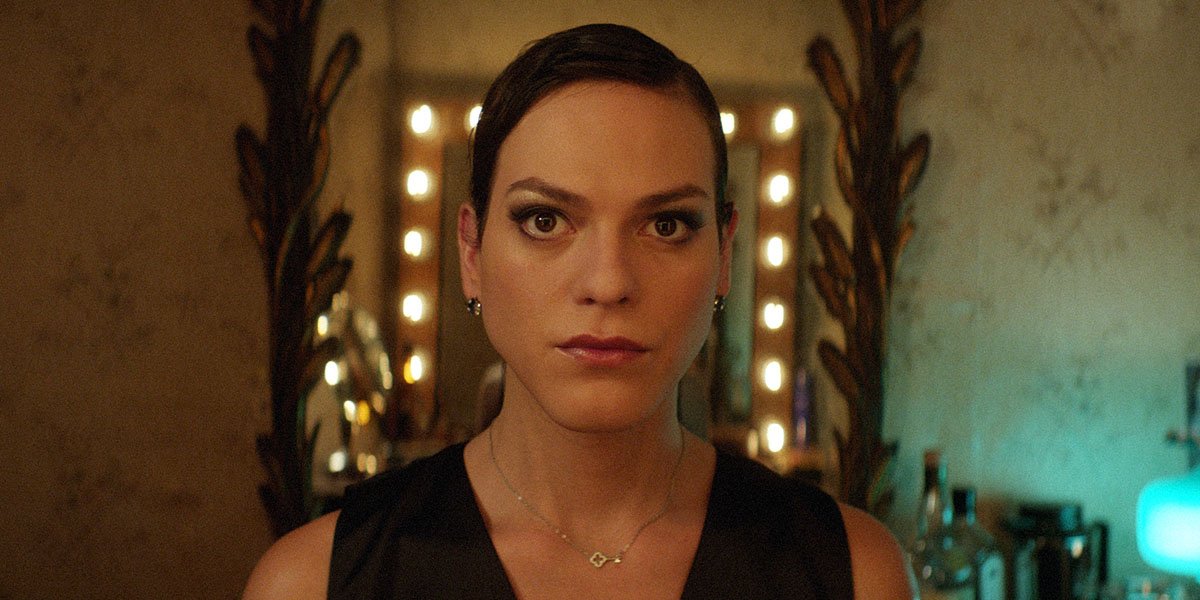 Marina and Orlando are in love and planning for the future. Marina is a young waitress and aspiring singer. Orlando is 20 years older than her, and owns a printing company. After celebrating Marina’s birthday one evening, Orlando falls seriously ill. Marina rushes him to the emergency room, but he passes away just after arriving at the hospital. Instead of being able to mourn her lover, suddenly Marina is treated with suspicion. The doctors and Orlando’s family don’t trust her. A woman detective investigates Marina to see if she was involved in his death. Orlando’s ex-wife forbids her from attending the funeral. And to make matters worse, Orlando’s son threatens to throw Marina out of the flat she shared with Orlando. Marina is a trans woman and for most of Orlando’s family, her sexual identity is an aberration, a perversion. So Marina struggles for the right to be herself. She battles the very same forces that she has spent a lifetime fighting just to become the woman she is now – a complex, strong, forthright and fantastic woman.

After 25 years of secluded existence with his protective parents in their isolated, off-the-grid home, James is tossed out into a new life in relatively daunting Cedar Hills, Utah. As his world upends, the most shocking revelation to James is that he’s the only person who has ever watched his favorite television program, Brigsby Bear Adventures. Struggling to adjust to the show’s abrupt end, he begins to see Brigsby’s lessons as his only way to make sense of a big, scary new world, and James decides to make a movie to end Brigsby’s story—and re-begin his own.

Janet has just been appointed minister in the shadow cabinet – the crowning achievement of her political career. She and her husband Bill plan to celebrate this with a few close friends. The guests arrive at their home in London but the party takes an unexpected turn for the worse when Bill suddenly makes two explosive revelations that shock Janet and everyone present to the core. Love, friendships, political convictions and a whole way of life are now called into question.

From acclaimed visual artist Julian Rosefeldt, MANIFESTO features two-time Academy Award® winner Cate Blanchett in 13 distinct, must-see vignettes that incorporate timeless manifestos from 20th-century art movements. From anchorwoman to a homeless man, from Pop Art to Dogma 95, a chameleonic Blanchett gives a tour-de-force performance as she transforms herself like never before. Rosefeldt weaves together history’s most impassioned artistic statements in this stunning and contemporary call to action.