An incredibly personal and a metacritique/apology for the kind of artistic liberties that Lars von Trier takes in his cinematic endeavours, The House that Jack Built features him at his most hilarious and utterly insane. This is not just the funniest film of the year but also Von Trier’s wildest descend into self-aware madness.

Marcelo Martinessi’s The Heiresses is a quietly powerful fable of hidden desires, long-lost escapades and a really deceptive look into how gender roles are devised in traditional films about older people. The themes explored in the film are not obvious. They come with powerful wind and washes everything that you thought it could have been. For a debut, this is definitely top-tier work.

In Ying Liang’s latest feature there is an overabundance of uneasily quiet frames.  This does not take away anything from the fact that the metastasized A Family Tour comes from a very personal space and is probably his most angry film till date.  Taking his own life in exile after releasing his controversial film, Liang brings forth heartbreaking truths with a reunion in the in-betweens.

Continuing their unbeatable streak of weaving psychological drama with low-budget, high concept sci-fi/horror, the director duo Justin Benson & Aaron Moorhead present a malleable reality where the past, present, and future all exist simultaneously. Taking the cult-return premise to incredibly fascinating science fiction highs, The Endless is like a mirage full of goodies that only keeps giving from all its edges.

What do you do when the one thing that truly makes you who you are is suddenly snatched away from you? In Chloé Zhao’s wonderful orchestration of a rodeo’s tortured masculinity, we see Brady – A young, gifted horse trainer unable to succumb to his life post his accident in the ring of Cowboy fantasies. The Rider is a fantastic character sketch that dwells on the very idea of masculinity without infusing class-porn into the context of displacement.

Also, Read – THE RIDER [2018] REVIEW: AN INTIMATE AND HEARTBREAKING RIDE

Hu Bo’s first and tragically last feature film – An Elephant Sitting Still is a bleak, melancholic soul-searching drama that traces the lives of four individuals succumbing to life’s nature of crushing them under the pressure of existence. It’s terrible to know that Hu Bo died after completing the film that takes us through a day that starts and ends with the four people dealing with their interpersonal battles – Wherein they occasionally learn to cope with the fact that lives simply doesn’t work the way one wants to.

With “Hotel by the River” Hong Sangsoo – The master minimalistic filmmaker drives in a poetic poignancy that helps you revel in its sturdy moments. Beautifully shot in melancholic black and white, the film poses most existential questions without focusing too much on the passage of time. The emotional impact is stilted but clear. Which makes me wonder how Hong Sang-Soo manages to make the same film over and over again.

Turkish master filmmaker Nuri Bilge Ceylan’s The Wild Pear Tree philosophizes and investigates the life of a young Turk coming of age whilst he meanders and accepts that his wisdom can’t withdraw him from own his fate. Lensed around the countryside that triggers an expansive look into the lives of contemporary middle-class Turkish people, The Wild Pear Tree mostly motions along with a young writer trying to mould the conventions in his favour as he tries to understand the environment he is living in.

ALSO, READ – THE WILD PEAR TREE [2018] REVIEW – AN ODE TO THE DISCARDED DREAMERS

A dark, unflinching and violent film about the horrors of past-traumas, self-loathing and loneliness. Lynne Ramsay’s You Were Never Really Here features a blazing Johnny Greenwood score, an incredibly sad and powerful Joaquin Pheonix performance and a subtle, understated direction by Lynne Ramsay.

Also, Read – YOU WERE NEVER REALLY HERE [2018]: MASTERCLASS IN AESTHETICAL AND ELLIPTICAL STORYTELLING

Paul Schrader’s First Reformed follows a spiritual collapse of a pastor in the wake of his son’s death. And his crisis of faith deepens when a radical environmentalist raises a question cutting in the religious belief even deeper. Heartbreaking and equally frightening, the film’s unsettling narrative is painted in muted colour, giving no hopeful cracks on the wall of despair.

Without playing its poignant dysfunctional dismemberment for ripe sympathy, Andrew Heigh’s Lean On Pete transcribes a displaced teenager’s journey with beautiful, gentle strokes. Both heartbreaking and humane in its portrayal of isolation, the film gains a new high for coming-of-age stories. While showing the struggles of everyday people Heigh also captures the last essence of hope left in the last drop of sweat. It’s an incredibly powerful film.

ALSO, READ – LEAN ON PETE [2018] – AN ELEGIAC TALE OF A LONELY TEENAGER AT CROSSROADS 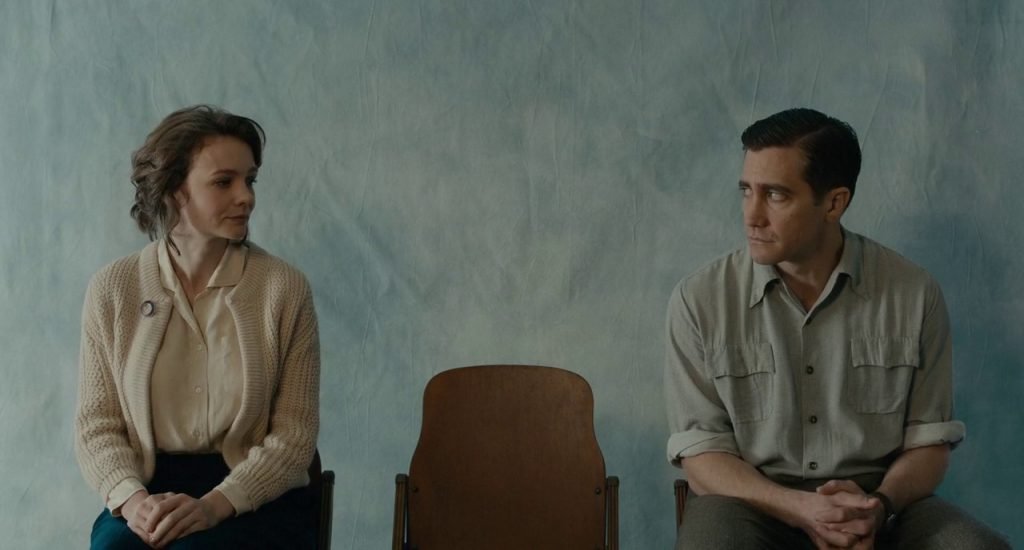 Paul Dano’s directorial debut Wildlife is a heart-warming drama which talks about a family that loses faith in themselves. It is also the coming of age story of a genuinely mature teenager trying to stay sane in a household that is not able to hold itself together. Crumpled with beautifully staged scenes that ooze with pain and descent, Dano’s first film as a director matches it’s star’s performances with a pious understanding of situations that keep pushing people towards failure and disorientation.

Jeremiah Zagar’s We the Animals is an incredible dissection of childhood and the eventual loss of innocence. However, it deals with a child who is pretty much down the lines of growing up. Chronicling the life of three brothers who grow up in a household full of volatile love – The film traces Manny’s life as he scribbles his anger and dissolves the early signs of sexual awakening in his notebook of fears. It also essentially understand how growing up also distances you from the most important things in life – Even those which are blood tied to you forever.

Relaxer is a sickening, strangely funny takedown of the capitalistic system that’s taking over the world. If there was a genre that ranked films that feature a guy playing a Pac-man game for 90 minutes as the world collapses around him – Relaxer would definitely be top-tier. 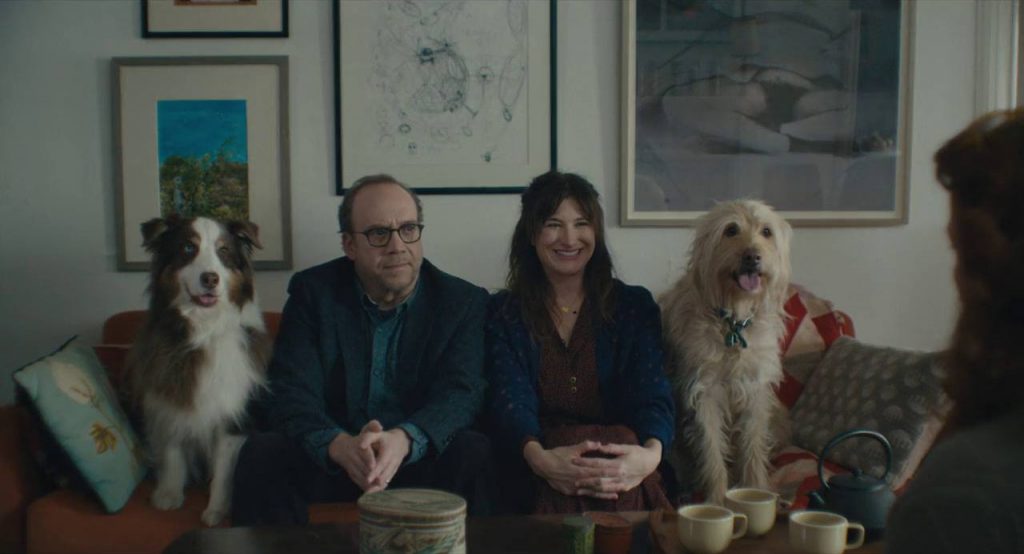 After a hiatus of 9 years, Tamara Jenkins returns with a hilariously profane comedy about a couple at the end of the rope. Featuring top work from both – Paul Giamatti & Kathryn Hahn, Private Life slowly breaks your heart as you watch the two people at its centre try everything and anything to have a baby before its too late. 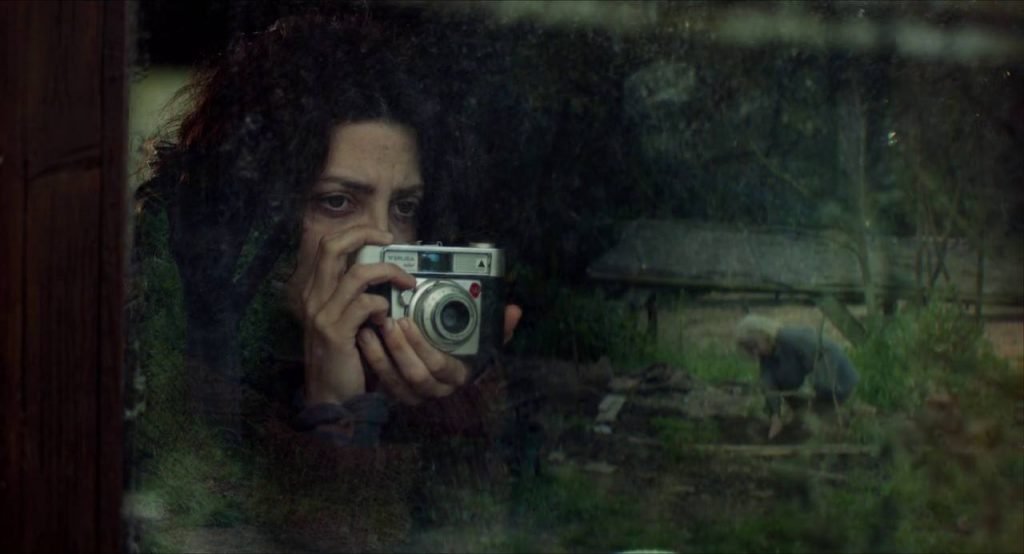 Probably the rightful descendent of contemporary Spanish master filmmaker Pedro Almodóvar, Ramon Salazar has staged an enigmatic, surreal and heartfelt family drama about an estranged mother and her daughter coming to terms with life and all its sorrows and regrets. Featuring some of the most striking and sublime imagery of the year, Sunday’s Illness is one of the biggest surprises of the year and one of the best films of 2018.

Imagine a filmmaker throwing you into a hedonist narrative that skims over the first two acts and glorifies the third with breakneck camera-work and tripped out visual anxiety. Imagine feeling swept off your seat into a deranged dance sequence that seems to pull out the heart out of you. Imagine an acid-trip that anxiously drains your breath till you drop dead. Imagine that and then some – You’ve got Gaspar Noé Climax.

Olivier Assayas’s delightful, funny and super-meta Non-Fiction is endowed with the spirit of an Éric Rohmer classic. Wherein, the characters channel a subsequently rom-com-esque narrative to plug a sharp, often hilarious critique on contemporary issues that start and end over the internet and it’s life-changing and life-threatening dynamics over real-world artistry.

French filmmaker Claire Denis’s English language debut is one of the most elusive, hypnotic and audacious sci-fi films ever made. In High Life, Denis pits the darkest of human desires against the infinite void of space. It is a surreal, cosmic odyssey that investigates why human beings are so vulnerable to the various entrapments in the world – Both emotional and physical.

Emma Stone beating herself up with a book to makeshift the power dynamics in the wickedly bleak The Favorite has to be one of my favourite scenes of the year. This Yorgos Lanthimos feature adds a raving cap to the director’s ever-growing filmography of weirdly peculiar deadpan comedies. This one, however, manages to add a strange feeling of genuine care towards these powerful, uncompromising women who manage to have their sorrows up their sleeves yet go on marching with fearsome force.

A bizarrely volatile revenge saga that drives it’s gonzo violence into a narrative that thrusts its range of insanity to an extent of absolute ridiculousness. However, in a universe that Cosmatos has created, Mandy absolutely makes sense. Full of cosmic, biblical metaphors that would suit comic-books fanatics, this Nicolas Cage performance is so metal that you’d forgive him for all his previous atrocities.

Featuring a star-making turn from Helena Howard and an ambitious, almost experimental approach from director Josephine Decker, Madeline’s Madeline is an extraordinary feat in tracing the life of a person who is naturally misunderstood. Decker’s film uses fascinating sound design and exquisite narrative thrills to get into Madeline’s head churning all her emotions out. It’s a film that says that a person who experiences extreme emotions should be the only orator of their story.

Based on Haruki Murakami’s short-story ‘Barn Burning’, Lee Chang-dong’s Burning is a stupendous drama about succumbing to the invisible peer-pressures of existence. An intense drama that talks about the factors that hold-back certain individuals from growing out of their self-made bubbles and how evil can actually be a mysterious answer to questions that always change their toxicity. Features some of the bleakest metaphors known to mankind, Burning solidifies that growing up doesn’t always promise a pleasurable future.

Death looms over Alfonso Cuarón’s masterpiece. However, it’s not the tragicness that makes Roma such a glorious and unforgettable experience. It’s not even the stylized resurrection of Federico Fellini‘s. It’s simply because at it’s very basic, the film is a snapshot of life in its exact implication, making it one of the best films of 2018.

After slightly diverting from his comfort zone by delivering a slow-burning thriller in 2017, the Japanese master of familial dramas is back with Shoplifters. Soothing, understated and so emotionally moving that you wouldn’t even notice when tears stream down your face, the newest film by Hirokazu Kore-eda is a humanist masterpiece.